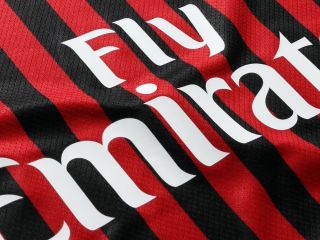 RR: Milan reach agreement with Emirates to extend partnership – details of the deal

AC Milan have closed an agreement with main sponsors Emirates to extend the relationship between the two parties beyond the end of the season.

The current deal between the Rossoneri and the Middle Eastern airline expires on 30 June, and the two have been locked in talks in recent months to try and strike an agreement over a renewal.

MilanNews.it stated in September that Ivan Gazidis has been at work with Emirates to gauge the possibility of extending the relationship, but that talks were also held with other potential sponsors to help increase revenue, including possible naming rights holders for the new San Siro project.

However, the partnership between Milan and its longest tenured current sponsor looks set to continue, as Pietro Balzano Prota is reporting that the two parties have struck a deal with only the signatures now missing.

He adds that the fixed amount Emirates will pay to Milan is slightly less but that there are some variable bonuses, which is arguably fair given the team’s performances on the field.