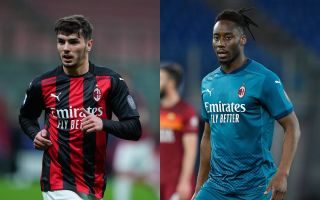 An update on two players who spent the season on loan at Milan plus one potential transfer target has arrived from a journalist.

According to the latest from Simone Cristao of Radio Rossonera on Twitter, a meeting has been scheduled next week to discuss the future of Soualiho Meite, who spent the second half of the season with the Rossoneri on a loan with option to buy deal from Torino. He adds that a decision has not been made by the management yet.

Regarding Olivier Giroud, new talks have been scheduled for next week because the player’s priority is obviously the Champions League final right now. For Brahim Diaz, the club are pondering a loan renewal also with the possibility of inserting an option to buy as part of the deal, while for Diogo Dalot – on loan from Manchester United – there is currently no news at present.