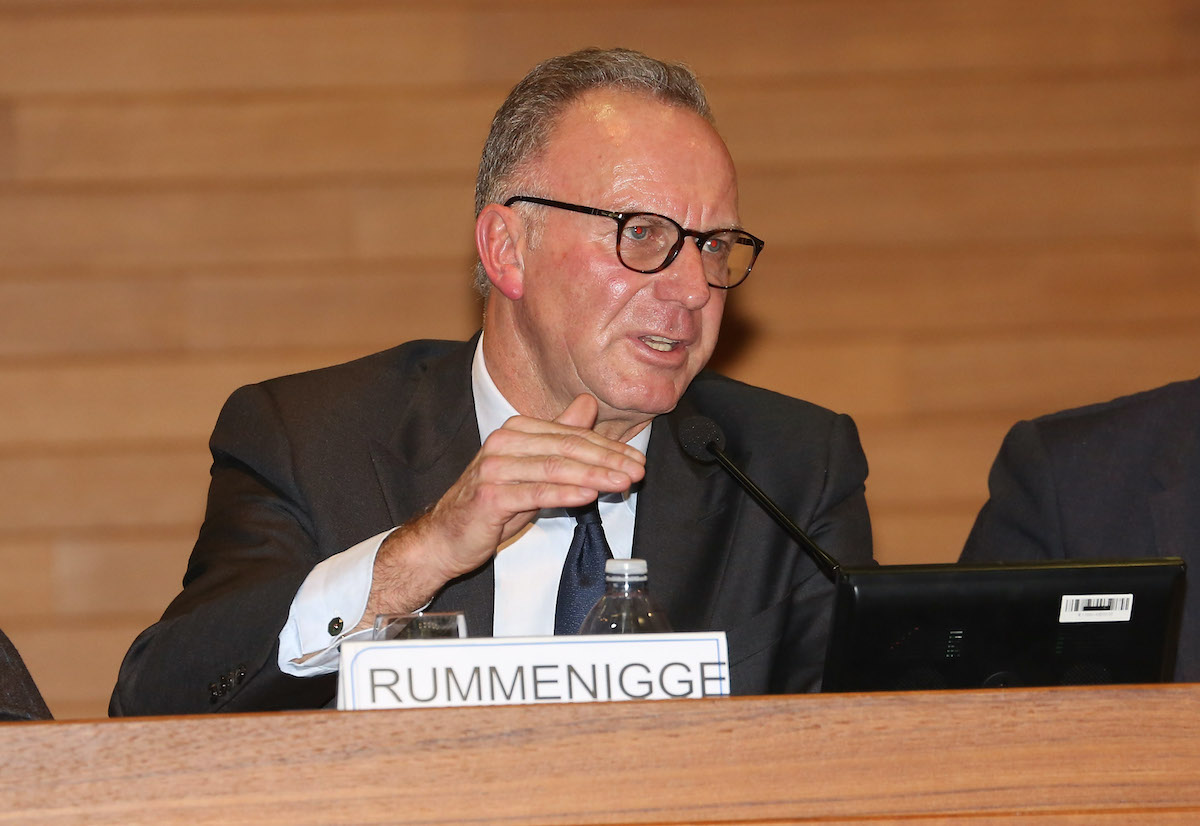 Bayern Munich CEO Karl-Heinz Rummenigge has picked Inter to win the derby, but praised Paolo Maldini for the work he is doing at AC Milan.

Before the season began many had Inter and Juventus as the two favourites for the Scudetto ahead of Milan, but the Rossoneri just will not go away as they sit one point behind their city rivals in the standings ahead of Sunday’s game.

Rummenigge is now of course the chief of Bayern, but knows Serie A well having played for Inter from 1984 to 1987, scoring 42 goals in 107 total matches for the Nerazzurri. He spoke to il Corriere della Sera about the upcoming game, discussing both Milan and his old side at length, with his comments transcribed by PianetaMilan.

On Inter being favourites for the Scudetto: “They seem to me the most stable team. They play well, win and never lose strange games like in the past. The important thing is that she is not too euphoric: the road is long.”

On the possibility that he will go to Juventus one day: “My philosophy is that if you have played with Inter it is impossible to go to Juve. The heart is one.”

On Paolo Maldini: “He did well to take his time before starting, so he has a different vision. He is doing a great job, Milan has been missing a lot even at the international level. But now they are reborn.”

On what the derby means for him: “It’s special. I also scored a very beautiful and important goal, in the 2-2 in March 1985. It is the most important match of the season and it is even more important now. I hope Inter win this time.”

On winning the derby as a turning point for the title: “Inter have the best cards to win the Scudetto: it’s up to them to continue like this.”

The aim for Milan of course will be to put Saturday’s defeat against Spezia firmly behind them and do a league double over Inter for the first time in what feels like an eternity, to reclaim top spot and continue their title charge.