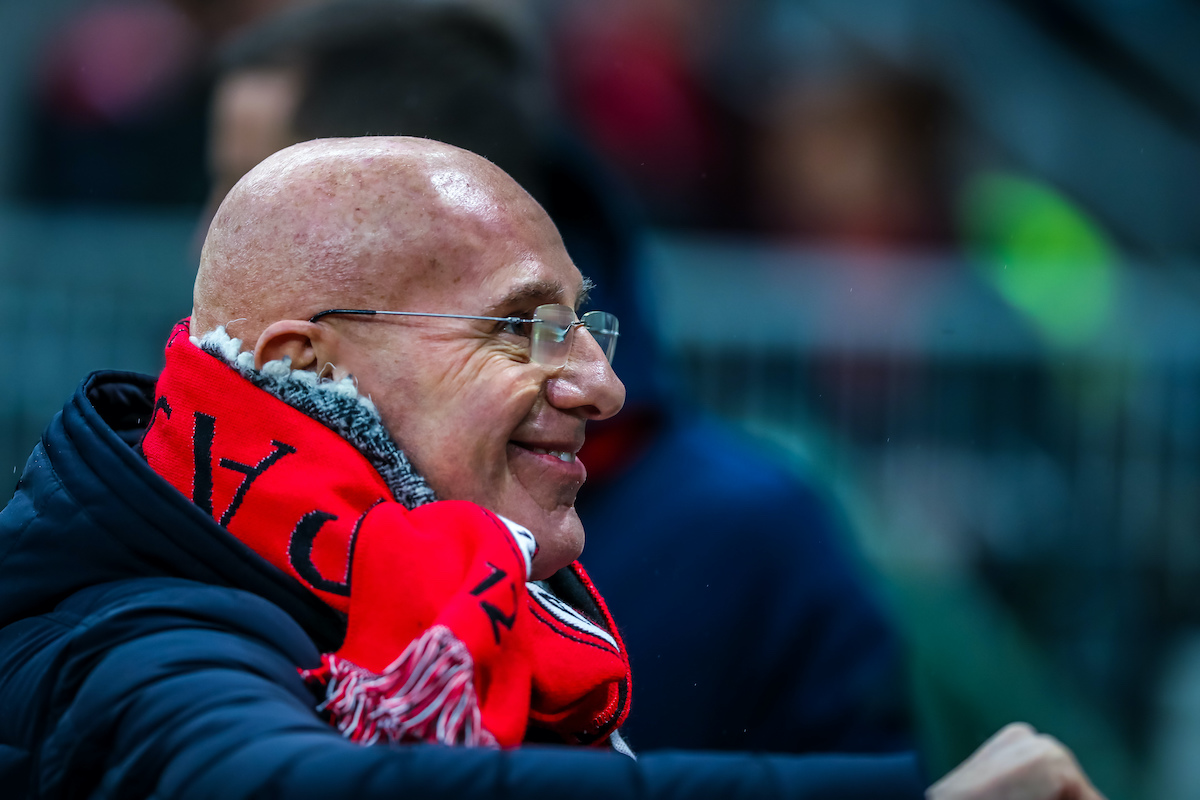 Milan went into their game against the Sardinians knowing that one win from their final two games would be enough to secure a return to the Champions League after seven years away, but they blew their chance at home and now face a tricky trip to second-placed Atalanta on the final day knowing only a victory will guarantee top four.

La Gazzetta dello Sport spoke with Sacchi about the game and about the team’s chances to do the business on Sunday, with the former head coach keen to stress that victory in Bergamo is entirely possible but even still Milan’s project is something to be proud of.

Milan threw away a golden opportunity against Cagliari. What happened?

“Nothing that does not fall within the logic of things. Milan are a team of young players and young layers easily pass from enthusiasm to depression. I know it well, in Parma I had a team of twenty-somethings, we won the Serie C championship, but then, despite playing a beautiful football, perhaps the most beautiful of that season, we were unable to make the leap from B to A because we missed malice and experience.”

The fans are very disappointed, Pioli and his boys are under the fire of criticism and the club is also targeted…

“Milan made a transfer campaign thinking above all of the budget. They kept many elements that had been booed in previous years. Pioli did a great job creating a harmonious collective, where everyone knows what to do. They play attacking football, they press, what more could you want?”

On qualification for the Champions League…

“If Milan, for investments, is the fifth Italian club behind Inter, Juve, Napoli and Roma, according to logic they should arrive fifth in the standings. And yet they are still there and can even cross the finish line in second. Of course, the team is not yet mature, but I have been taught that it takes nine months to deliver a baby… You can’t have everything at once. Here we need to raise the level of culture, not just sports, otherwise this country falls apart.”

Against Cagliari, however, the performance did not live up to expectations, do you agree?

“I agree. I noticed it immediately, from the first minutes: Milan were soft, not very intense, not very reactive. And Cagliari, already saved, has shown how to behave in sport: maximum commitment on every occasion, without discounts. This was a good lesson.”

The away match in Bergamo on Sunday is a very hard obstacle. How should Milan deal with it?

“Without upsetting anything and trying to get back to being a team in all senses and in all sectors of the pitch. You see, young people are fantastic because, from one day to the next, they are able to change their attitude, to reset everything. If they are intelligent, their brains are like sponges: they learn everything. Who said they can’t win against Atalanta?

“Atalanta have the Coppa Italia final against Juve and will spend a lot of energy to bring a trophy home. They will attack for ninety minutes, they will run… Well, not everything is decided. Milan beat Juve 3-0 and Torino 7-0, always away, perhaps they thought they had already arrived, a typical mistake of young teams, and now they must regain lost ground. But nothing is compromised.

“Anyway, it is better a club that focuses on young players and keeps their budgets in place like Milan, rather than a spendthrift club that gets into debt and wins nothing. A team from Italy has not won the Champions League since 2010, has never raised the Europa League, yet we have all, or almost all, of the clubs in financial crisis. We will have to ask ourselves if the path taken is right or wrong, don’t you think?

“In 2018 we were out of the World Cup and it hadn’t happened for more than sixty years: we want to continue with this suicidal model, which does not pay attention to the youth sectors and accepts squads of thirty players, or we want to think about changing by promoting the culture of work and ideas? Returning to Milan, we must take into account that the Rossoneri are following a precise idea. The others, not all but most, rely solely on tactics.”