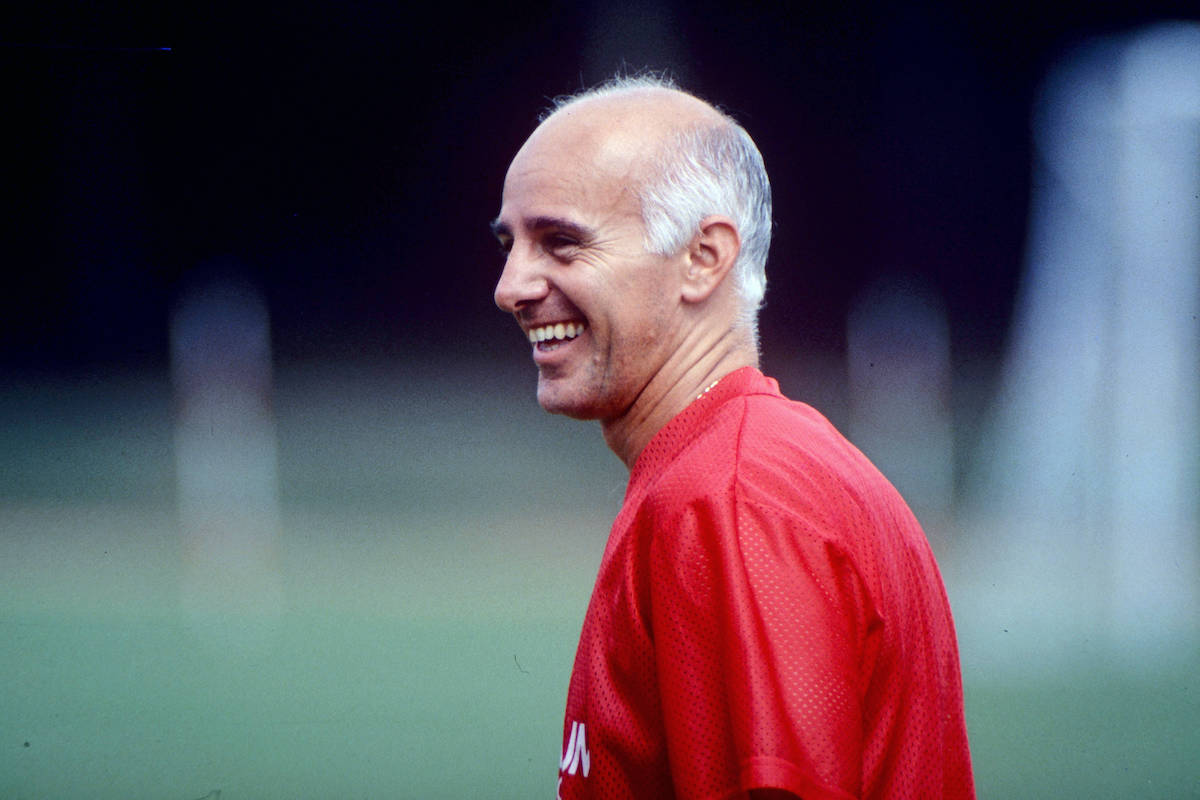 AC Milan return to play at the Marakana in Belgrade for the third time in their history tonight, the other two occasions being in 1988 and 2006.

The Rossoneri will be looking to put Saturday’s shock defeat against Spezia behind them and most bookmakers have Milan as favourites tonight despite the home side’s incredible domestic form. If you are feeling brave, a flutter could be for you, but you might want to calculate your bets.

Arrigo Sacchi was in charge during the meeting 33 years ago, and he recalled the encounter during an interview with La Gazzetta dello Sport.

“At the 1994 World Cup in the United States, Maldini and Costacurta, exhausted at the end of each race, complained like this [a comparison to Belgrade]. They were intense experiences, almost like that hell in Belgrade,” he said.

“At home we drew 1-1, a bad result. The next day at Milanello a player said ‘We’re out now’. Berlusconi called me. ‘Listen to me,’ the president said, ‘I did not spend a hundred billion lire to be eliminated. Get it out of your head’.

The return leg is famous for the fog that descended before kick-off and made the game very difficult, especially given Milan’s style at the time.

“At the starting whistle, we immediately understood the trend: they pass the ball to us and said: ‘You go ahead, we feel like laughing’. After almost an hour of play, a great deal of fog falls on the Marakana, nothing could be seen. We did not realise what was happening a few meters from the bench. We did not see their goal. When the match was suspended, but not yet postponed, on returning to the locker room we find Virdis with no kit on. ‘Pietro, why have you already changed?’ we ask, ‘He sent me off!'”

On the restart: “We weren’t brilliant at that time, but we still had to play it all out. After the first match postponed, we didn’t even have Ancelotti, who was warned with a booking. So we decide to get Gullit, in rehab, from Holland. Ruud arrives by private plane with his physiotherapist Troost, who reassures us: he could have played at least in time, I’ll take him on the bench.

“Among the starters was Mannari, a rookie in the competition at 18 and a half. Back then the club squads weren’t like the current ones: you had 16 outfield players, plus the three goalkeepers and the kids. On the eve I speak to the group: now we will see our class, the character of someone who is overwhelmed by a truck, but knows how to get up and is still alive. They were tense hours. A reporter told me: ‘I have to give you some bad news. You’re in the same hotel as the refereeing team’.

“On the morning of the replay when we went for a little athletic awakening session, we hear very loud bangs on the sidelines. Smoke: the boys are shaken, the shots came from a crowd of Red Star ultras. Then we found out that the Tigre commander Arkan was involved. At the time I was going to the shooting range, I had an ear for explosions.

“I soothe everyone with a lie. ‘Come on, they’re firecrackers, it’s all right.’ But they weren’t firecrackers. And Galliani warns us: ‘Tonight at the stadium all the doors will open, where there was a line of spectators there will be three times as many’. Gullit asks him: ‘Usually how many?’. Adriano responds: ‘40,000. Maybe today there will be 120,000. The other 80,000 will come to see us’.

“In the replay we did very well. We concentrated, with absolute domination. We score through Van Basten, they respond with Stojkovic on the break. But we were a real team, with a capital T, unlike what our country is now, for example. We have suffered a lot of oppression from them: very strong, technical players, but lots of fouls. Donadoni, stunned, goes to the hospital.

“Several players rush to the bench. ‘Quick, the doctor!’. But on the field Doctor Monti was already there, who treated Roberto [Donadoni]. In the confusion, he had not been noticed.

“On the list for penalties I put Cappellini, 17, as the fourth shooter. Rijkaard approaches: ‘Mister, the child is shaking. If he wants, I’ll shoot first’. ‘Yes, if you score a goal, though!’ I replied.

“So it happened, and we went through. After the bullfight, the mayor of Belgrade and the president of the Red Star get on our bus: ‘We salute the future champions of Europe, congratulations’. We were just in the Round of 16, but that qualification was a sign: when you win like this…

“To think: I lost a World Cup on penalties, but I’m very calm, because we had given everything and Brazil had done better than us in the tournament. I console myself and I insist: in Belgrade we deserved it, as we have seen even later. We have earned our luck. Ancelotti repeats: ‘We did not understand what we have done’. True: I gave birth to football, all the stress allowed me to be a peaceful adult.”