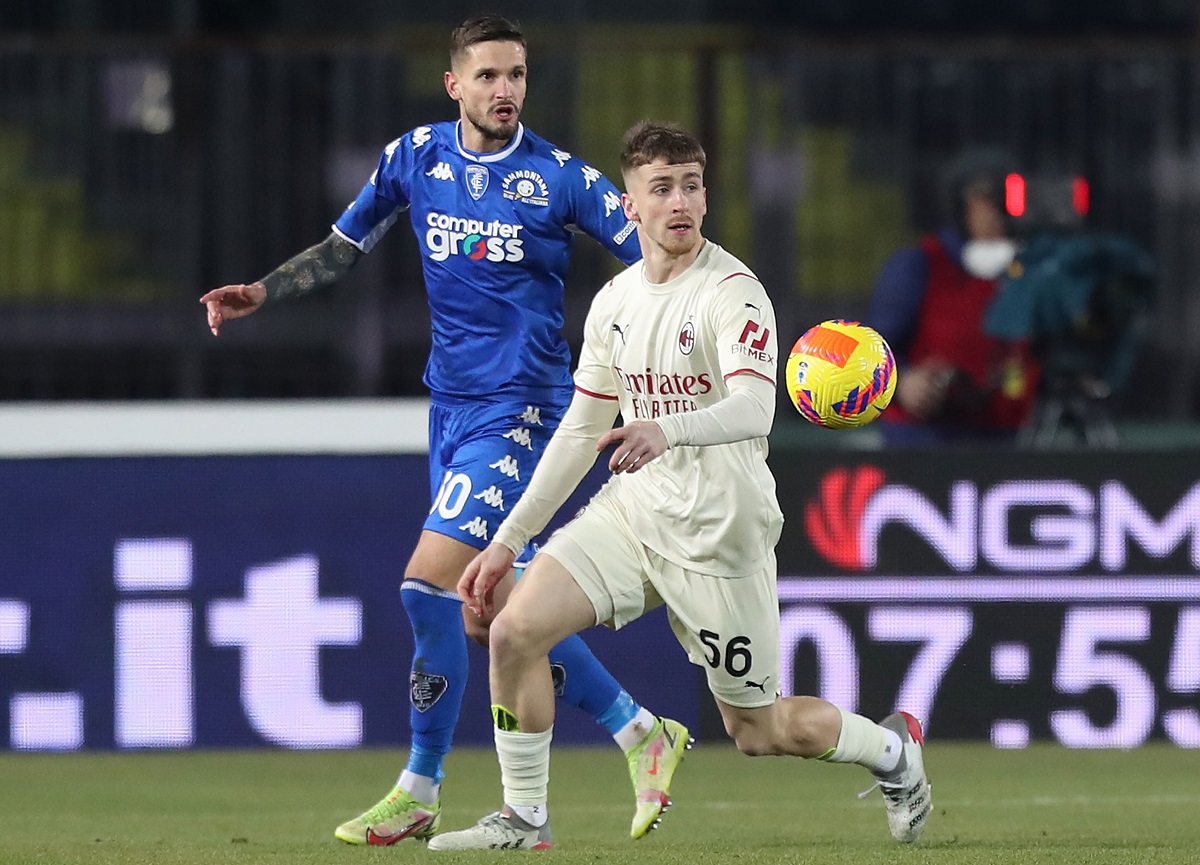 Alexis Saelemaekers was one of the key players for AC Milan this evening as they managed to beat Empoli by four goals to two. Important for the Rossoneri but also for the Belgian winger.

Stefano Pioli decided to start Saelemaekers on the left-wing this evening and the No.56 certainly didn’t disappoint. He was involved in all four goals and was rewarded with an 8/10 in our player ratings, making him the MOTM.

The winger spoke to Sky Italia after the game, as cited by MilanNews, and he was asked about what the last month has been like. He also touched on the digital solutions Milan might adopt during the Christmas holidays.

What happened in the last month?

“I don’t know, like all great teams we can have a difficult period but today we showed that we can still do well and we are back in the running for the Scudetto.”

Were you physically or mentally tired?

“It also has to do with the fact that we have had so many injuries, changing a lot of players every week is not good, there was no stability. Now we are back to our best level and we showed it.”

“We do a little bit of everything, we’ve already done it. I think it will be like this for all teams. It is important to keep the pace, when we return for the 6th it will be important to already be up to speed,” he stated.

“I like to play in both positions, where the coach puts me and I try to do my job. At the beginning of the match, it was difficult because Empoli did well, then in the second half, we raised the level and won.”

“I will go to see my family, I miss them because I’m here alone. But not for long, then I will come back here because we have to get back in shape.”

Indeed, it was very important for Saelemaekers to have such a big performance. If he can stay in form for the second half of the season, then he will be a very important asset for Pioli’s side.