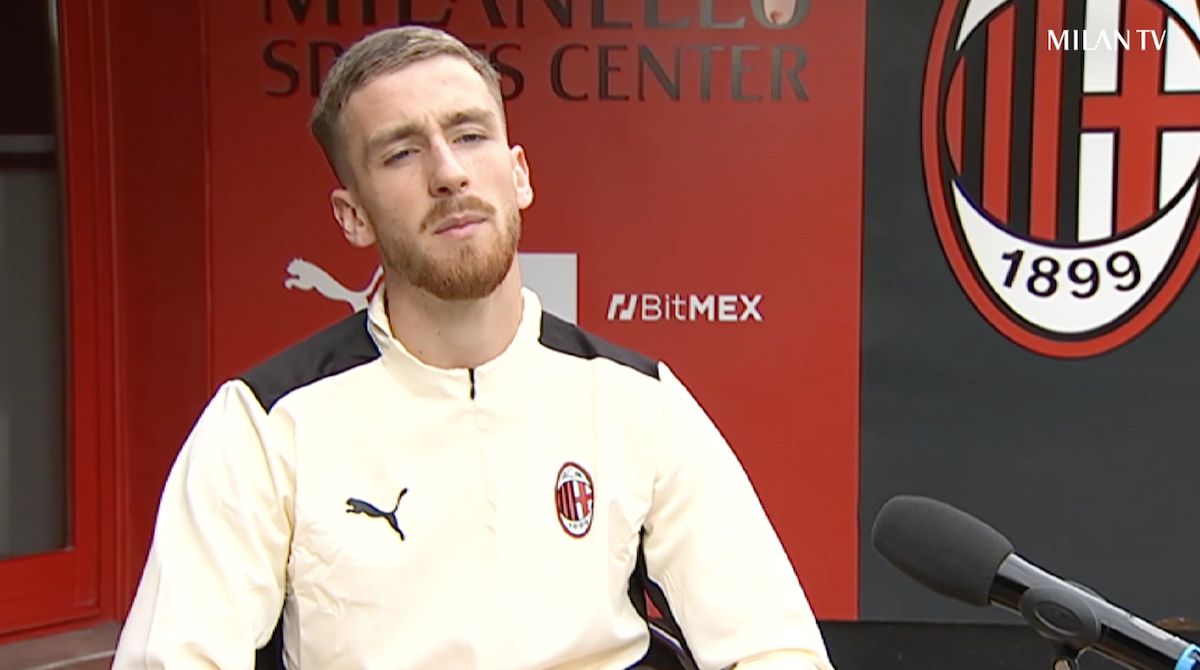 AC Milan winger Alexis Saelemaekers has praised head coach Stefano Pioli for his part in helping him develop, explaining how he tries to play his game.

Saelemaekers was interviewed by Milan TV and spoke about his experiences in the Champions League, his bond with Rafael Leao and about Sunday night’s match against Atalanta, with his comments transcribed by MilanNews.

On his growth: “I think I grew with all the coach’s advice and all the work we did last year, I grew up and the team also grew. We grow up together, and that’s the most important thing. I try to play as natural as possible, slowly to free myself a little, I always listen to the tactics that the coach wants to put on the pitch but now I also try to play the team a little more by making assists and goals.”

On the Champions League: “There is a big difference between the first game and the second, in the first we were a bit nervous. Now we have already grown up a bit. We saw a lot of pictures from the Liverpool match and we totally put a different attitude and mentality into the last Champions League game. And now let’s try to continue like this.”

On Leao: “Leao has grown a lot. At the beginning of the season it was a bit more difficult, now he shows who the real Rafael is. He is important for us, he is an incredible player and I hope he continues to score many goals and many assists this season.”

On being called up for the Belgian national team: “For me it is always an honour to be in the national team of my country, for every player it is a dream to play for their country. I am very proud.”

On Sunday’s match against Atalanta: “We know that Atalanta are a strong team, they have shown it many times. If we play as we played last week and put into play this mentality we have had since the beginning of the season, I think that we can do something nice. Now let’s work and see what will happen at the end of the game.”