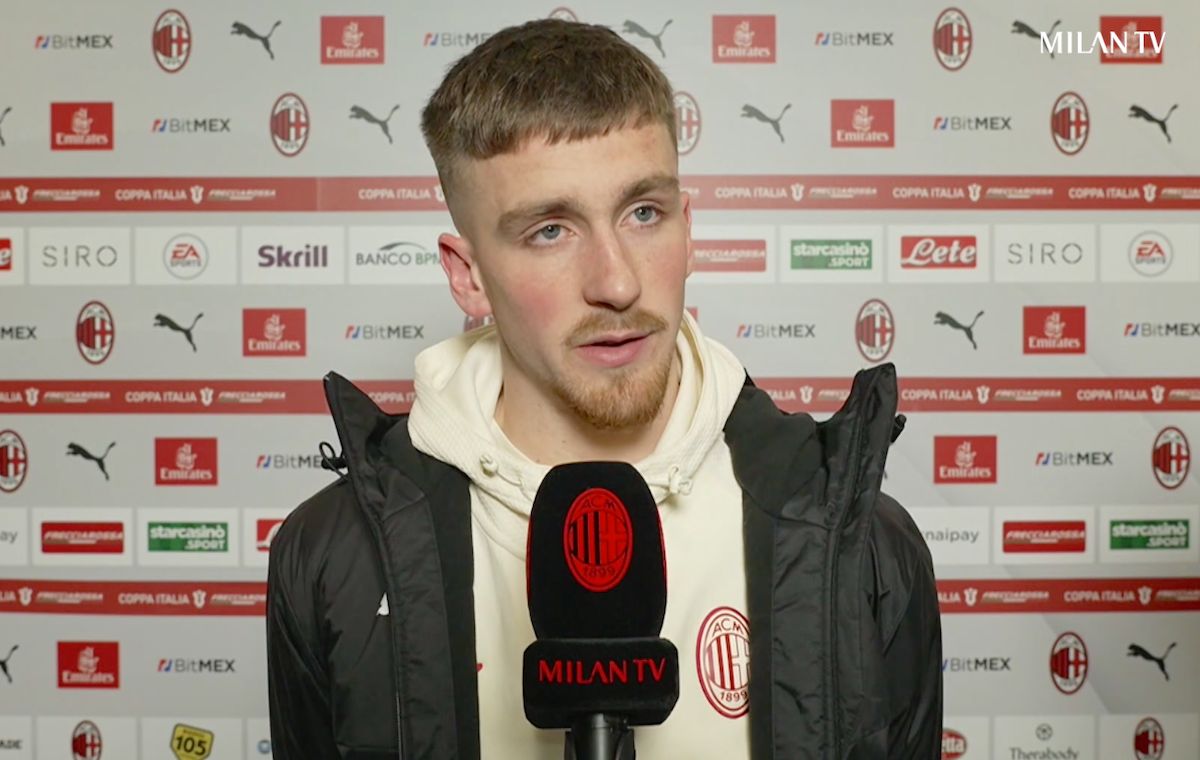 Saelemaekers concedes Milan ‘didn’t start well’ against Genoa and declares: “I have to score” – video

Goal scorer Alexis Saelemaekers has admitted that AC Milan did not start their cup tie against Genoa in the right way but were able to rectify it and overturn the deficit thanks to the second half showing.

Milan fell behind to an early header from Ostigard but levelled in the 74th minute thanks to Olivier Giroud before two goals in extra-time from substitutes Rafael Leao and Saelemaekers secured a quarter-final Coppa Italia clash with either Lazio or Udinese. The Belgian spoke to Milan TV after the game.

“We didn’t start well, but then we did better. In the second half we entered the field with more desire to win and we did it,” he said (via MilanNews).

On his goal: “I am a forward and therefore I have to score. Today I managed to score and I’m happy with that.”

On the next matches against Spezia and Juve: “They are two complicated opponents. But let’s think about a match at will. If we do what the coach asks of us, we can do well in both games.”