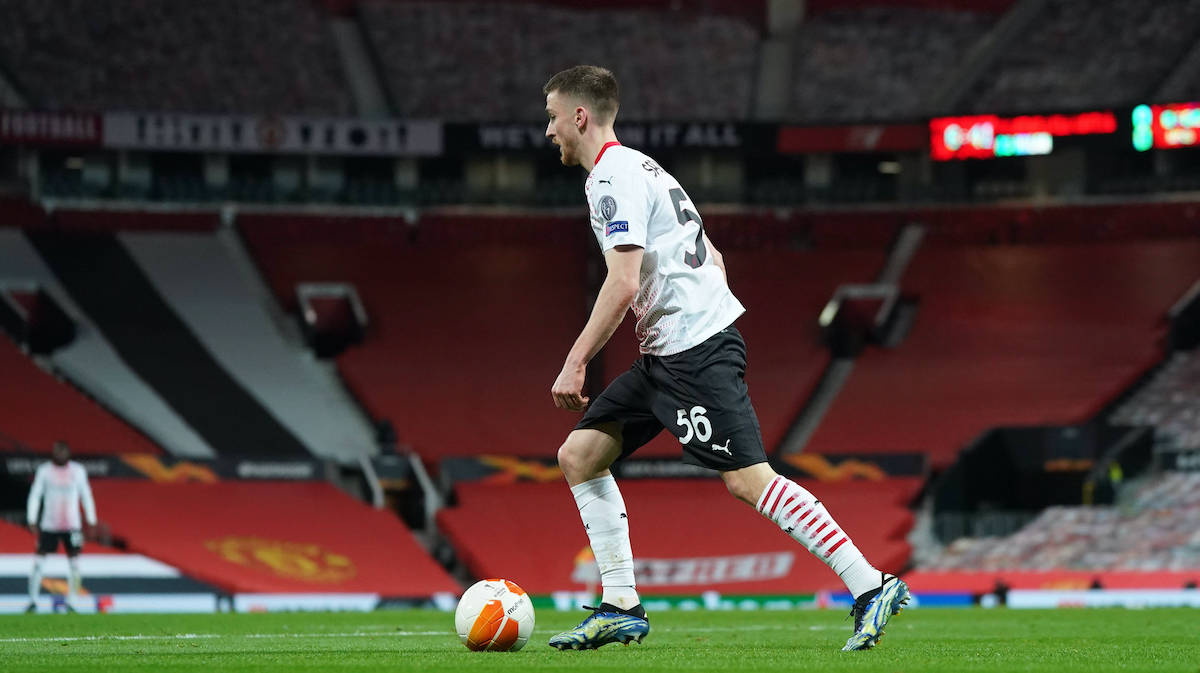 Saelemaekers reveals what Milan worked ‘so hard on’ ahead of Man Utd game; backs Kessie over handball

AC Milan winger Alexis Saelemaekers believes pressing was the key to earning a favourable result at Manchester United, and believes Franck Kessie regarding the handball incident.

It looked like the end the only goal on the night would come through young winger Amad Diallo as his back-peddling header caught Fikayo Tomori and Gianluigi Donnarumma in No Man’s Land to give United the lead.

However, Simon Kjaer – who was excellent on the night – scored with a header from a corner in the second minute of added time to give Milan a deserved draw but also a crucial away goal heading into next week’s return leg.

After the game, Saelemaekers spoke to RTFB and insisted that the team deserved at least a draw, with his comments transcribed by Calciomercato.com and translated below.

“We worked so hard on the aggressive pressing that the coach told us to do and we did it well. It was a shame not to win the game, but we are still satisfied with the draw, which was well deserved,” he said.

Milan had the ball in the net in the 11th minute as Kessie took a touch from a throw-in and thumped the ball into the far corner as it sat up for him nicely just inside the box. However, VAR decided to intervene for handball, though replays made it look like a questionable call.

“From my position it was difficult to understand which part of the body the ball went on because I was behind him, in the interval I asked Franck if it had touched his hand and he swore it didn’t. I have no reason not to believe him: sorry that that goal was not validated, also because the referee did not go to see it at the VAR, but we must play regardless of the incidents and do our best on the pitch.”