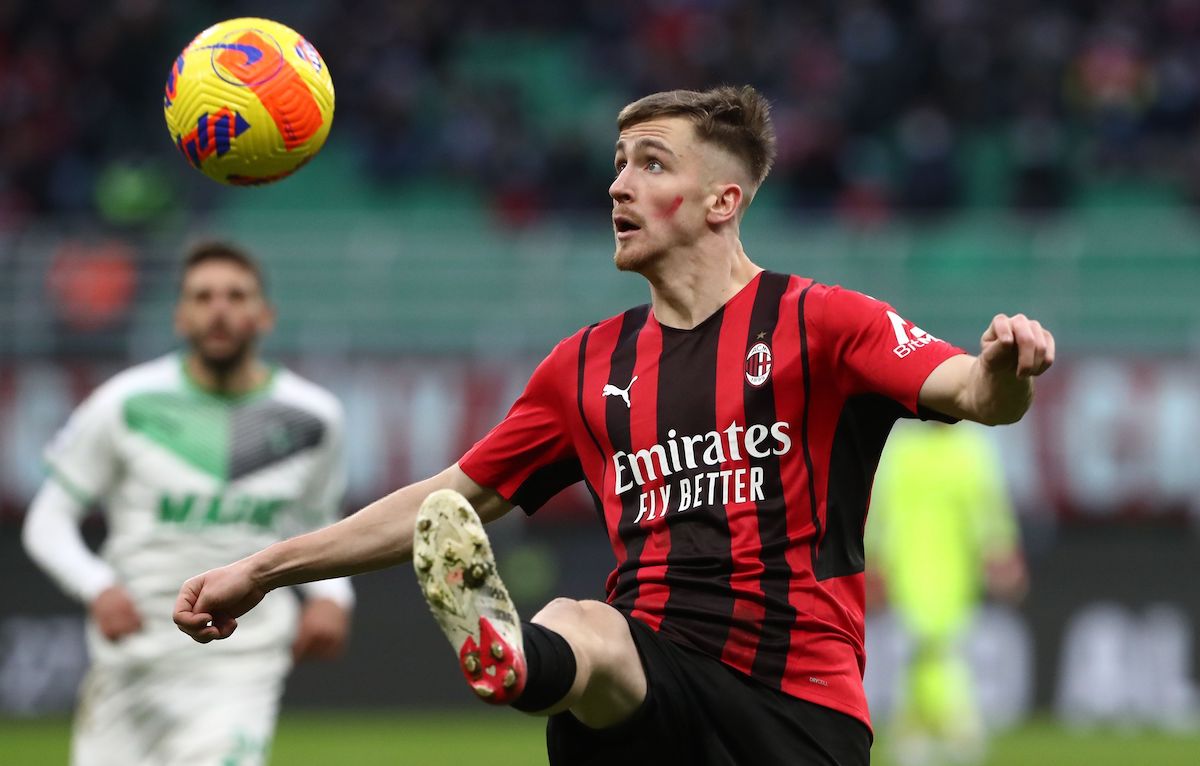 The Belgian is a very important player for the Rossoneri in terms of his movement and constant tracking back, offering a lot of support to the defence. However, concerns have been raised with regards to the lack of goalscoring, as he has just one goal so far in the current campaign and it came in the recent 2-0 win over Salernitana.

Saelemaekers gave a long interview to DAZN about a number of topics both related to matters on the field but also life away from football, and MilanNews relayed his comments.

With which team-mates do you play on the Playstation?

“Tonali play a lot, Maldini. Ibra plays too, but he prefers to play Fortnite, I don’t like it.”

What is football for you?

“For me it is a game, people come to the stadium also to see you play like a tunnel. It is important to have fun when you play, as well as obviously do what the coach asks of me.”

What do you need to improve the most?

“I know I have to score more goals, I’m working hard on this. I know it’s important for the team too, that’s what a striker has to do.”

Is it better to get an assist or a goal?

“I prefer to assist, but it would be better to do both.”

What about the hug with Cristiano Ronaldo after Milan beat Juventus 4-2?

“A dream that I didn’t realise directly. When I got home they asked me about that hug and it was very nice and I was very pleased. Ronaldo is a great person. A quality I would steal from him? The ability to score goals in all games.”

“56 is my first number when I was at Anderlecht. From then to now it has brought me luck. I’m a bit superstitious and when I see that something works, I do it again. When I enter the field I make two jumps to the right and then a leap in the air with both feet.”

Is there a player of this squad who could win the Ballon d’Or in five years?

“I think it will be a bit late for Ibra (laughs). I would say Maldini or Leao. Because they are phenomena. I really like to see them play, they have many qualities and they are not yet in the best moment of their career but they will soon become phenomena.”

What are your best qualities?

Have you ever thought about making a single with Leao?

“No I don’t think about a single with him (laughs). I don’t know if I sing better or him. I like to dance, a lot on afro music. I think I’m better at singing than him but I let him do it like that, it takes some confidence (laughs).

The most beautiful stadium you have ever played in?

“The devil. I didn’t know what to say”

Who was your idol as a child and why?

“Ronaldo because for me he was one of the strongest players.”

Who is the slowest to respond to messages?

Team-mate who listens to the worst music?

“Calabria. He listens to Electro. He put his music on in the locker room once and it was the first and last time.”

The strongest player in the world in your role?

“Salah. Every ball he touches seems to be his best friend. He makes no mistakes, he does everything with great ease and scores a lot of goals and assists. I’m working on this too to improve.”

READ MORE: Probable XIs for Milan vs. Napoli – Kessie-Tonali in midfield and no Messias