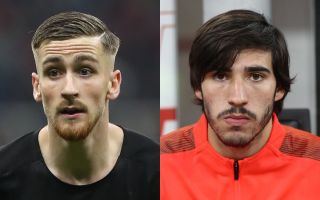 In the first half of this season, it’s safe to say that it hasn’t been easy for AC Milan with several injuries. However, there are two players that have managed to stay fit and, in addition, have featured in all of the games.

These players, as highlighted by MilanNews, are Alexis Saelemaekers and Sandro Tonali. Stefano Pioli has made the most of their availability thus far and the duo, especially the midfielder, has performed on a high level most of the time.

The Belgian winger has made seven of these appearances off the bench and the figure is the same for the Italian. Hopefully, they will be able to stay fit for the rest of the season as Pioli has relied on them thus far.