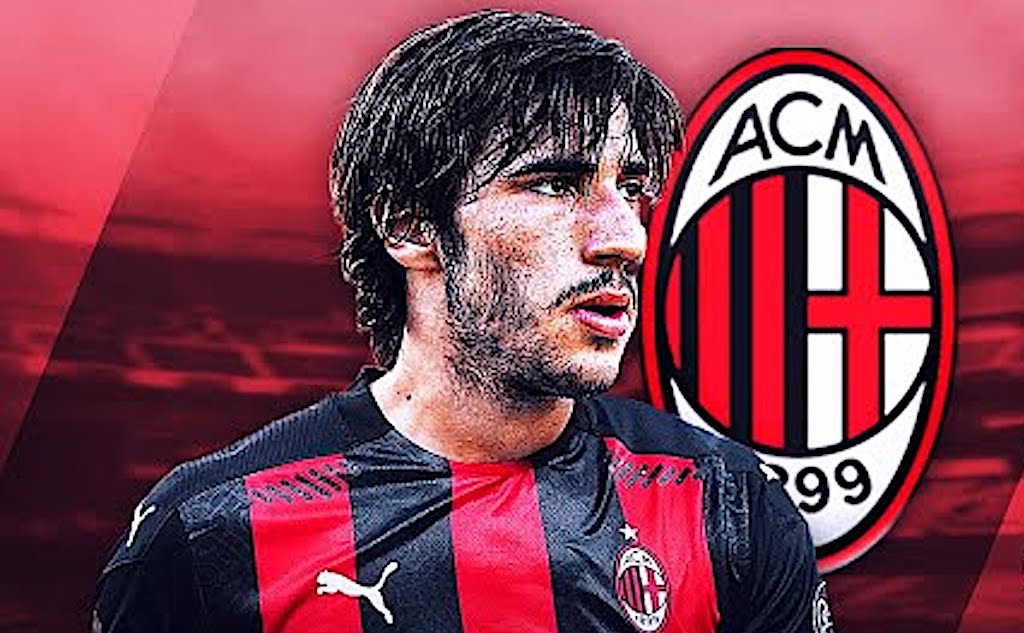 Sandro Tonali: Compared to Pirlo, inspired by Gattuso and born for the Rossoneri limelight

The medicals are completed, and the fitness tests passed with flying colors. The contracts all signed, and a passionate red and black fanbase ceremoniously celebrated their newest signing. Sandro Tonali is officially a member of AC Milan. What can we expect from the Italian in his new stripes?

Owning a strikingly similar aesthetic, the general assumption of Milan newcomer Sandro Tonali is that he draws the most inspiration from Italian legend and fellow Brescia academy graduate Andrea Pirlo.

Whether it be the flowing hair, the stature, or the carefree demeanour as he sprays the ball around the pitch, most casual observers can easily identify these distinct traits akin to the now divisive Rossoneri great and draw that conclusion.

Yet, while Pirlo is certainly admired by the 20-year old and is revered for the true legend he is, it is Gennaro Gattuso who serves as the model for which Tonali strives to emulate in a Milan shirt.

This isn’t to say fans can’t anticipate the best of both worlds; the beauty of Pirlo’s operative play, and the beast that lies within Gattuso’s brutish behaviour.

For a youngster born in 2000 with an assortment of Milan keepsakes displayed all over his room, Tonali witnessed these two players stand triumphantly shoulder to shoulder together for years, sweeping the football world off their feet and winning every trophy in the process.

Soon, and most recently this past season in his debut Serie A campaign with Brescia, the Lodi-born midfielder showcased some similar qualities that the World Cup winning pair possessed, enough to make him amongst the most sought-after commodities to hit the summer market.

Carrying an approximate 5’10”, 170lb frame, Tonali’s metrics are not far off from Pirlo, though he clearly has a build fit to plays larger and more physically to throw his body around in those defensive encounters he was so accustomed to seeing from Gattuso.

Mobile, and with high energy, Tonali’s proved he can cover quite a bit of real estate in his first top-flight campaign, this despite heavy assignments in the central midfield as both a controller and creator.

Trailing only Ismaël Bennacer (54), Tonali made 39 interceptions last year, lending credence not only to his reading of the game as it presents itself, but also the positional sense to intervene at a level beyond his years.

In combination with some of his defensive traits, Tonali does an awful lot in the possessional game.

Often siting in front of the defence, building play and distributing with efficiency comes as a strength to Tonali, specifically in the crossing department where he ranked the best amongst 151 players to attempt at least 100 crosses in Europe’s top five in 2019/20 with an accuracy rating of 37.8% (via WhoScored).

Averaging 1.9 key passes per 90 (2nd best amongst Serie A’s deep-midfielders), Tonali has the line-splitting, defence-unlocking pass in his armoury, as well as the final ball necessary to impact in the final third.

Tallying 7 assists, the Azzurri international was involved in nearly 23% of the Rondinelle’s goals last season, supporting an end product that projects to improve in a more stable, well-equipped side with options on the attacking front.

Perhaps where Tonali excels the most though is when he picks up the ball with a head full of steam, with space begging to be pried open.

Driving through the heart of the opposition, Tonali’s motor, combined with his ball control, balance and sturdiness, makes him extremely effective when executing that swift transition from the defensive to attacking phase Stefano Pioli will look to further establish in the midfield.

At one point last season, amongst those to attempt 40+ dribbles in Serie A, Tonali (80%) ranked third, lurking closely behind Sassuolo’s Manuel Locatelli (81.4%) and current teammate Bennacer (81.9%) for the throne.

This, among the other aspects of his game, makes Tonali press-resistant and fully adept at translating his quality over several different roles, which leads into the question many Milanisti are asking: Where will Pioli get the most from him?

The current personnel of Tonali, Bennacer and Franck Kessié means it is likely one will drop to the bench if the Italian boss opts for his tried and true 4-2-3-1 shape, the same shape which rendered astoundingly positive results with the Algerian and Ivorian in the double pivot. And, if reports are true about another midfielder arriving (the obvious being Tiémoué Bakayoko), there will be stiffer internal competition for minutes – a luxury fans are grateful to have after years of being devoid of options.

To be a bit contrarian despite the 4-2-3-1 proving effective and perhaps the most logical given what we saw during the post-COVID run, there is the real possibility of Pioli also experimenting with a 4-3-3.

Under this, Kessie undertakes his usual assignment as the box-to-box midfielder with heaps of energy to burn, sliding Bennacer into the mezzala role many rumored he’d be fit for; releasing the Algerian from an ample amount of defensive responsibility which saw him accumulate cards should be a focus in the upcoming season.

This leaves Tonali to slot in as the number 8, either tasked with providing cover by harrying opposition attackers or channeling his tenacity to make those bursting runs into opposition territory.

Unlike midfield units of the past, this current crop provides balance, mobility and creativity, meshing contrasting – yet compatible – characteristics – while also avoiding the static identity that often laid waste to many countering opportunities by virtue of a lack of tempo. All of this though, even with some questions to answer regarding selection for the XI, enables Pioli to expand the tactical playbook a bit – a welcomed dilemma for all.

Turning fantasy into reality seemingly overnight, Sandro Tonali is Milan’s new number 8. Brimming with talent as one of the brightest to come from Italian soil in recent years. Now, with Gattuso’s blessing for the shirt number and a vote of confidence, Tonali is ready to unleash in a Rossoneri revival.