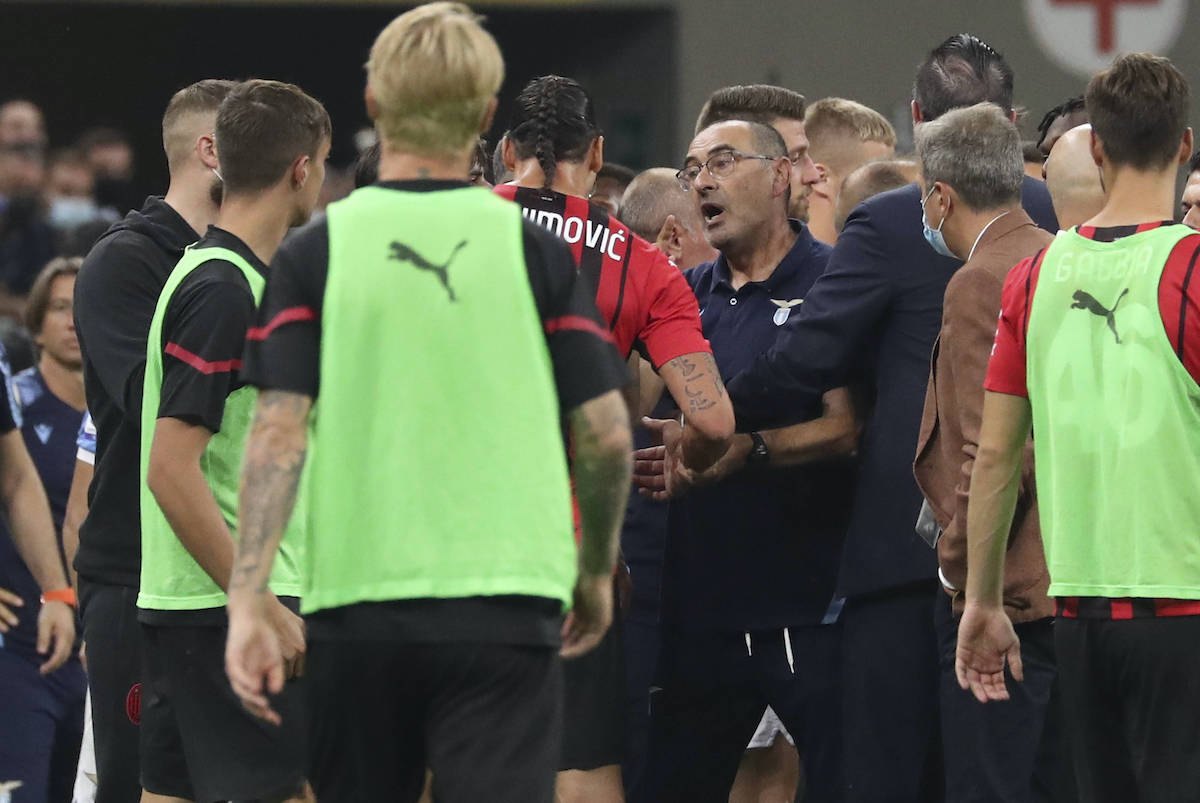 Maurizio Sarri admitted after his side’s defeat against AC Milan that there was a problem in how Lazio set up from a tactical point of view.

The Rossoneri stormed to a 2-0 victory over the Biancocelesti at the San Siro, thanks to goals from Rafael Leao and Zlatan Ibrahimovic. The victory maintains the Rossoneri’s perfect start to the season with 9 points from 3 games, the same as Napoli and Roma.

Sarri’s Lazio side were unable to cope with Milan’s intensity, ultimately failing to break through Milan’s defence.

Speaking to DAZN (via MilanNews) after the match, Sarri elaborated his thoughts on the game and commented on his team’s performance and strategy.

“I think the problem is if you wait with a flat midfield, the ball then filters through quick. We had to press the opponents more,” he said.

He mentioned Lazio’s lack of mental strength to cope up with the Rossoneri’s high-pitch intensity as a major factor in the loss.

Speaking specifically on the early start to the season and the presence of the international break, Sarri said: “Different ways of playing, injuries and other problems create strong unknowns for teams like us who do not have a well-defined mentality yet.”

“France won a world championship when Giroud did not score a goal but he is a great striker. The numbers count for some and the characters less for others,” he added.

There was a flashpoint at the end of the game when Sarri saw red after a verbal confrontation with Alexis Saelemaekers.

When asked to elaborate, he said: “Nothing in particular. A boy made a gesture that older people do not do and Ibrahimovic then calmed everything down. These are on-field things.”

Lazio sit in sixth position, behind Inter and Udinese, and will look to bounce back to winning ways when they take on Cagliari next. Milan face Juventus next week, before which they take on eternal European rivals Liverpool in the opening matchday of the Champions League on Wednesday.

READ MORE: Milan player ratings from win over Lazio – duo stand out amid plenty of praise