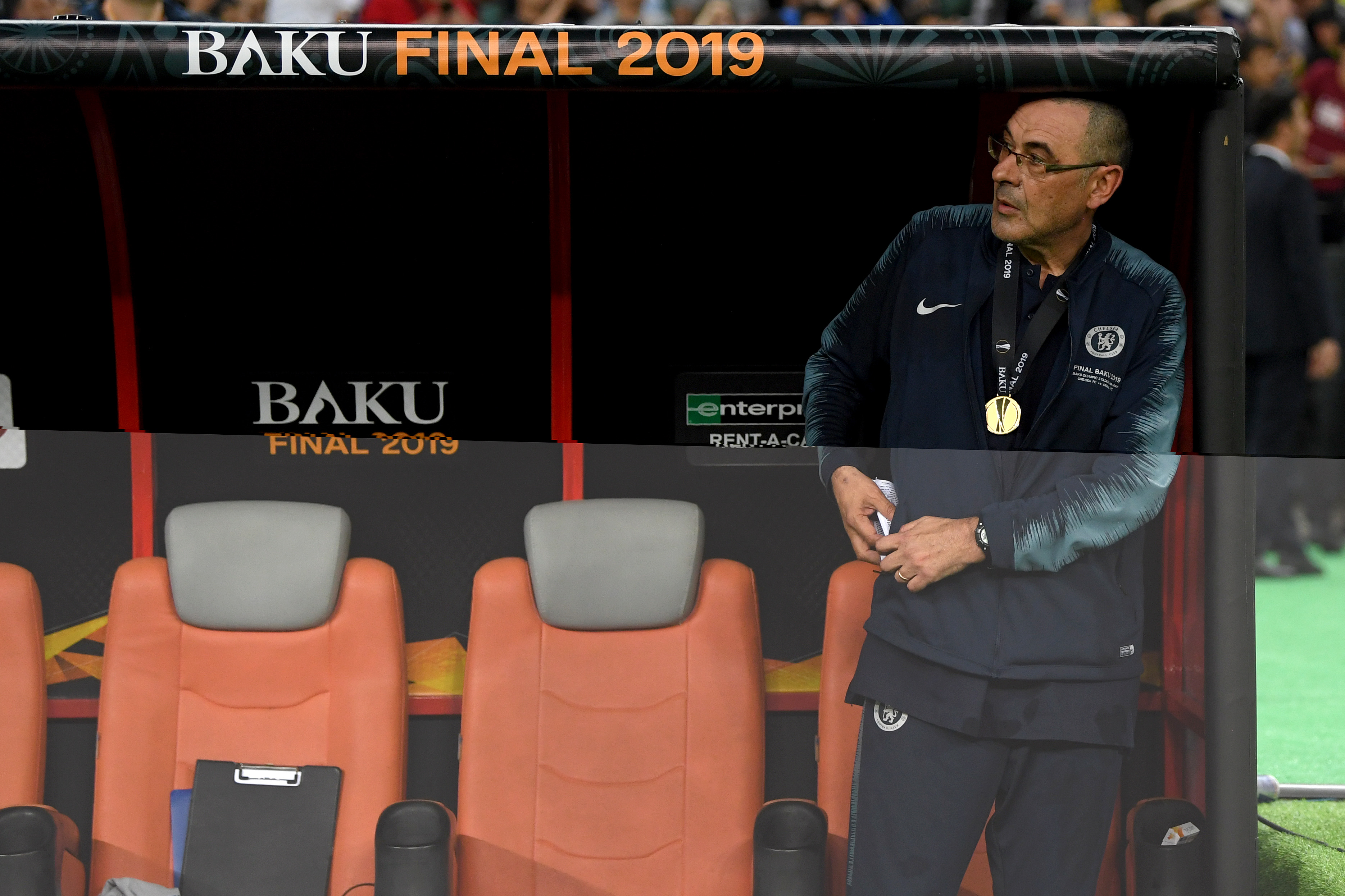 Chelsea manager Maurizio Sarri has responded to questions over his future amid reports he is set for a return to Serie A.

Antonello Perillo, RAI journalist and editor-in-chief of the TGR Campania, revealed on Wednesday that AC Milan had made a late move to try and steal him from under Juve’s noses.

Perillo is quoted as saying: “Juve? It is not said. I received signs of a strong courting from Milan. Immediately after Gattuso’s resignation. Sarri could eventually lead the Rossoneri’s bench.”

Sarri was questioned about his future following Chelsea’s 4-1 Europa League final win over Arsenal, and remained hesitant on committing to the Blues.

“This is the time to celebrate. From tomorrow, as with all clubs, we’ll sit down and see what the club wants me to improve and what I want the club to improve,” he told Sky Italia.

“There are still two years on the contract, so as with every club, we have to sit down and evaluate everything.

“Over the last 20 days people have said I was certainly going to Roma, Milan and Juventus, so as long as I read them in the papers, it makes no difference.

“We had a good season, because we earned out place in the Champions League via the Premier League, which was not an easy task considering the high overall level,” Sarri told Sky Sport Italia.

“We reached the League Cup Final after knocking out Liverpool and Tottenham, only lost on penalties to Manchester City. In the Europa League we won 12 and drew three, we scored more than anyone else.

“I think after tonight our season goes from good to extraordinary. It was not easy to arrive and settle quickly in such a difficult league.

“I had some problems, but from February onwards I saw something change in the rapport with the team. Maybe I changed too, but I am starting to feel like this team is mine.”