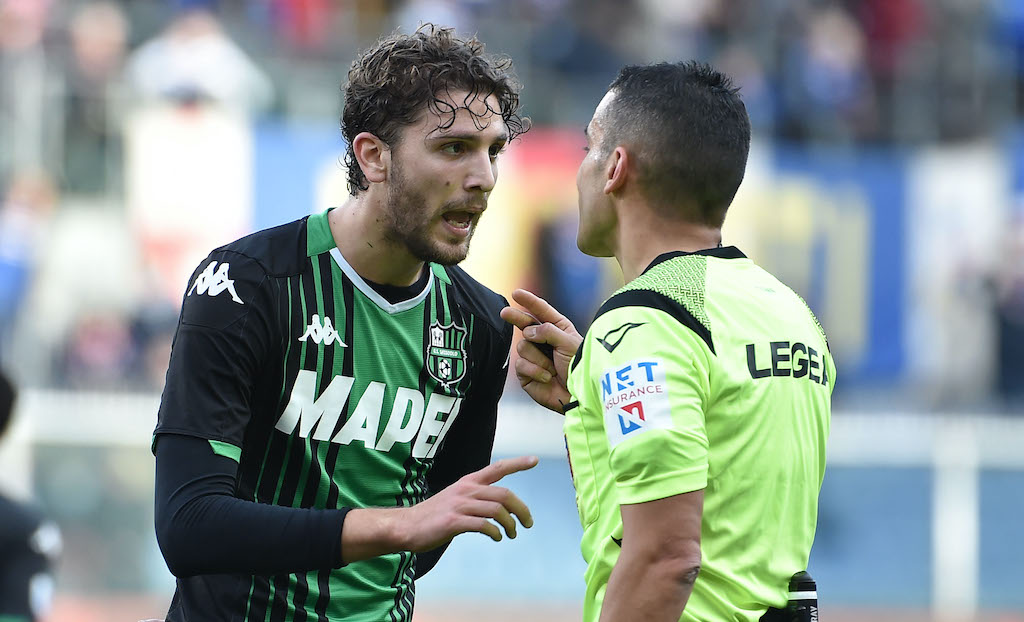 Sassuolo boss aims dig at Milan over Locatelli: “Someone else had not believed in him”

Locatelli joined Milan from Atalanta’s academy system in 2009 at the age of 11 and spent nine years at the club prior to leaving in summer 2018. Since moving to the Sassuolo he has established himself as a key member of the starting XI.

Locatelli left San Siro to join the Neroverdi on a paid loan deal with an obligation to purchase the Primavera product outright at the end of the season, an option they ultimately exercised.

His performances have not gone unnoticed and in the Italian press over the past few weeks there have been suggestions of interest from Milan’s two main rivals; Inter and Juventus. The player himself even made an honest reflection of his time at Milan back in April.

Speaking after Sassuolo’s defeat to Atalanta on Monday night, De Zerbi couldn’t help but remind Milan that they gave up on such a talented player.

“We were forward-looking, we invested in him when someone else had not believed in him,” he said (via MilanNews).

“I like to train and give something to these guys. All of us train as if they were matches, but in a few days the right attitudes are missing: when we arrive on a Sunday without making a mistake, we will probably reach the end point of this team.”