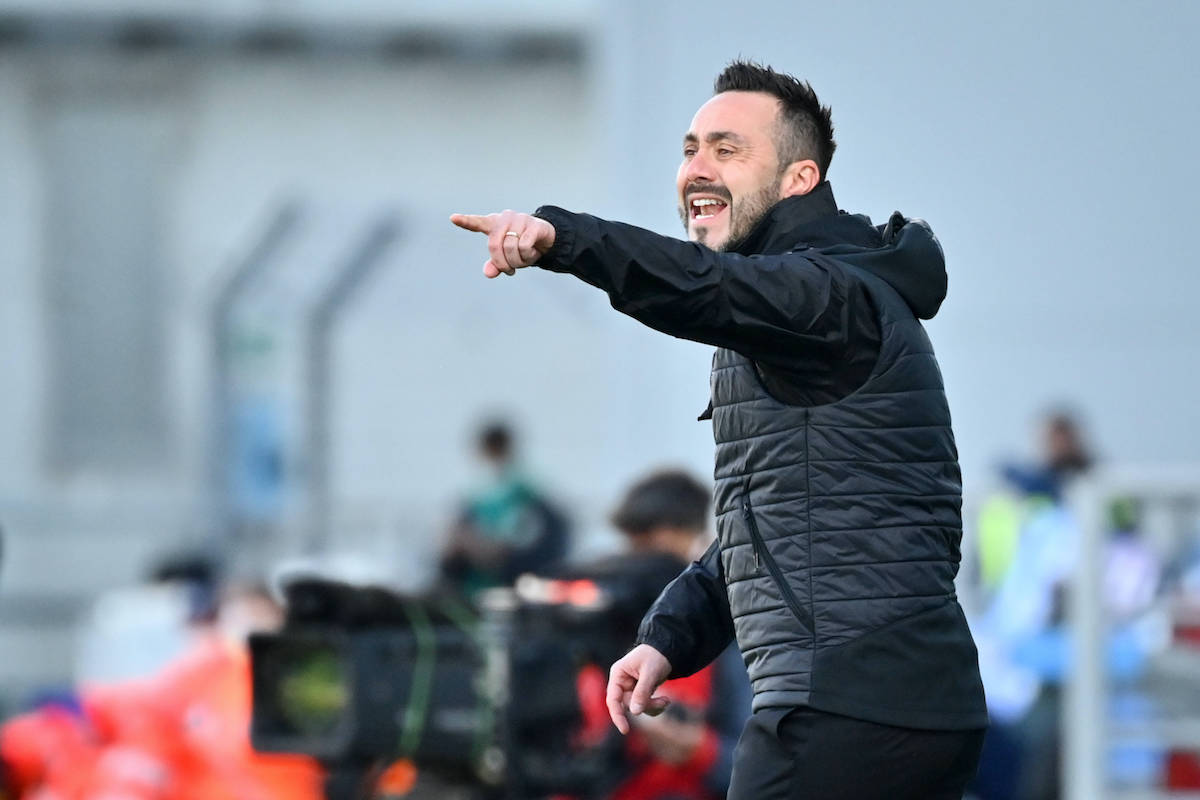 Sassuolo boss Roberto De Zerbi has sensationally remarked that he does not even want to lead his team out for tomorrow’s game against Milan.

The world of football is in complete chaos at the moment after it was announced that 12 of Europe’s biggest clubs intend to break away and form their own new midweek competition called the Super League, with Milan, Inter and Juventus among those involved.

Tomorrow night the Rossoneri face Sassuolo at San Siro as the players will try and put all the media frenzy to the back of their mind and secure another win towards a top four finish after Sunday’s success against Genoa.

However, Sassuolo’s head coach De Zerbi is not happy about the current situation at all. He spoke to the media ahead of the game at San Siro and his comments were relayed by the journalist Francesco Porzio on Twitter.

“This is like a coup d’etat in football. I don’t want to play the game tomorrow because Milan are one of the founders of the Super League. I told the club and the players my idea but if the club force me to go, I’ll go,” he said.

“It’s like the son of a labourer can’t dream of becoming a surgeon, a lawyer or a doctor. It’s as if they had told me as a kid in the schoolyard, that ball’s mine. I’m taking it. Football has a role in society that’s different from other sports.”