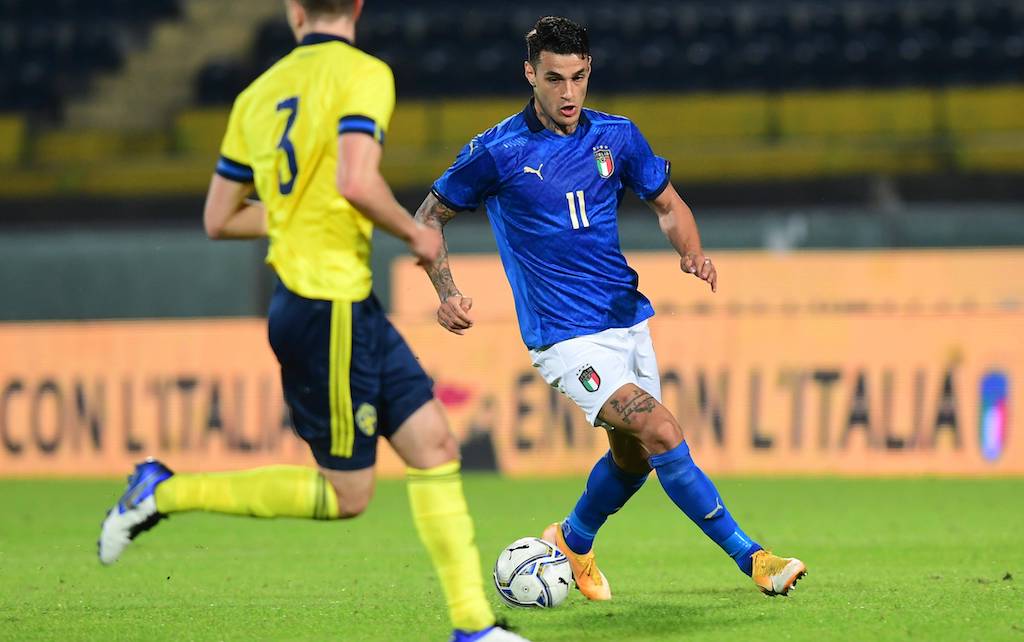 Sassuolo director Giovanni Carnevali has confirmed that he has held talks with Milan and Juventus over striker Gianluca Scamacca.

A number of recent reports have claimed that the Rossoneri are keen on signing Scamacca as a potential deputy and long-term replacement for Zlatan Ibrahimovic, but there is a complication regarding his situation given that he is owned by Sassuolo and on loan at Genoa for the season.

La Gazzetta dello Sport (via MilanNews) reported yesterday how Milan remain vigilant on the market for opportunities to strengthen the attack, and that contacts with the entourage of Scamacca are constant.

Carnevali spoke to Mediaset about the future of the talented striker and confirmed that while nothing has been decided regarding his future, there is a queue of clubs at the window.

“Nothing has been decided, Scamacca is on loan to Genoa. There are various requests, but it is part of our policy. He is young, Italian and he must grow,” he said (via MilanNews).

“If there are conditions important, we will make our assessments. But I think he will remain a Sassuolo player, and that we will not lost him. There is not only Juventus on him. We also talked about Scamacca with Milan last season.”

Scamacca has netted four times for Genoa this season in 14 appearances between the league and the cup, with two coming in each competition.