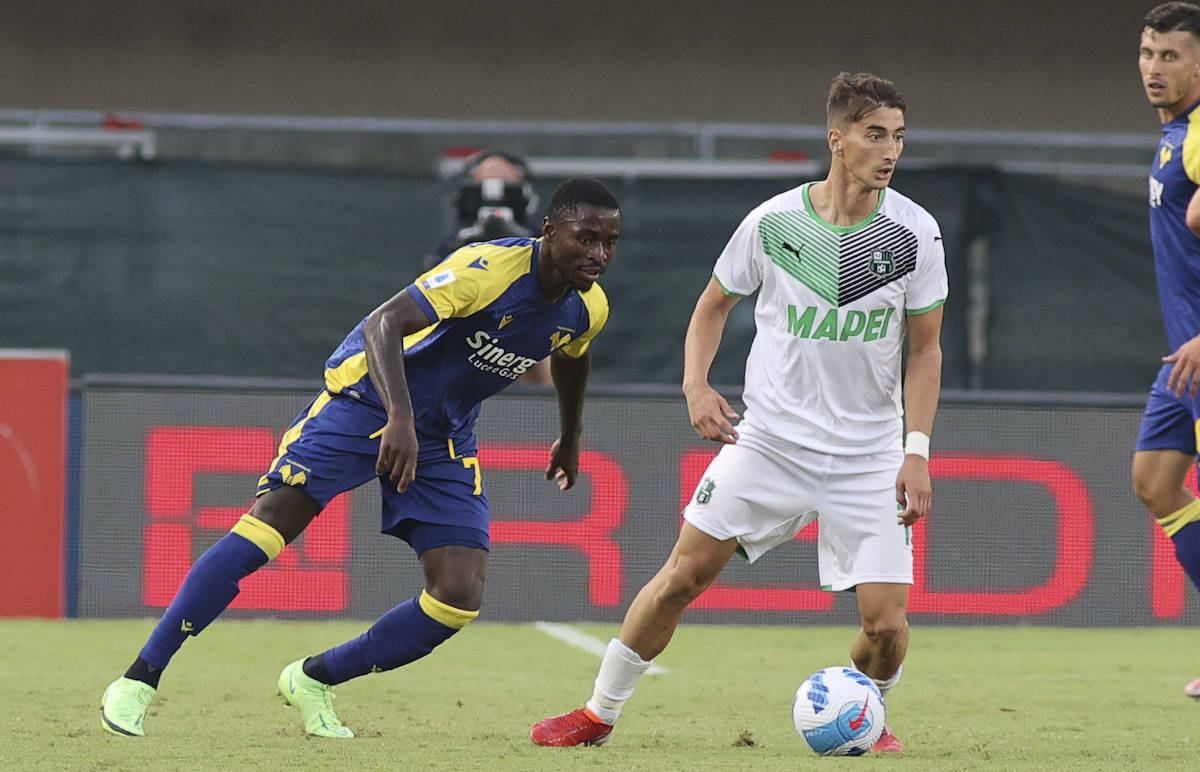 Sassuolo playmaker Filip Djuricic has admitted that he had the choice to join AC Milan while he was at Sampdoria, but rejected them to join Benfica.

Djuricic has been a mainstay in the club’s starting eleven for two years now although he arrived three years ago from Sampdoria, when he was loaned out to Benevento. Herecently came out to the media and spoke out about how life at former club Sampdoria was ideal.

“Everything was perfect, except for the presence of coach Marco Giamapolo,” according to his comments to La Gazzetta dello Sport (via Football Italia).

Adding further, he commented on his links to Milan during that summer transfer window, when he was ‘convinced’ by former Rossoneri legend Rui Costa to head to Benfica.

In his comments to La Gazzetta dello Sport (via MilanNews), he said: “Rui Costa called me and convinced me clearly to choose Benfica. In that season they wanted me. The Rossoneri, Chelsea, Arsenal and Ajax. But Rui was overwhelming. Have I ever regretted the no to Milan? The choices have meaning when you make them.”

The Serbian midfielder is a former Heerenveen player, who appeared 110 times for the Dutch club before heading to the Portuguese Primeira Liga with Benfica, where he spent two seasons. Djuricic has appeared 89 times for Sassuolo so far, scoring 13 goals in the process.

READ MORE: Favourite victim and Pioli’s win percentage – All the key stats ahead of Milan vs. Cagliari