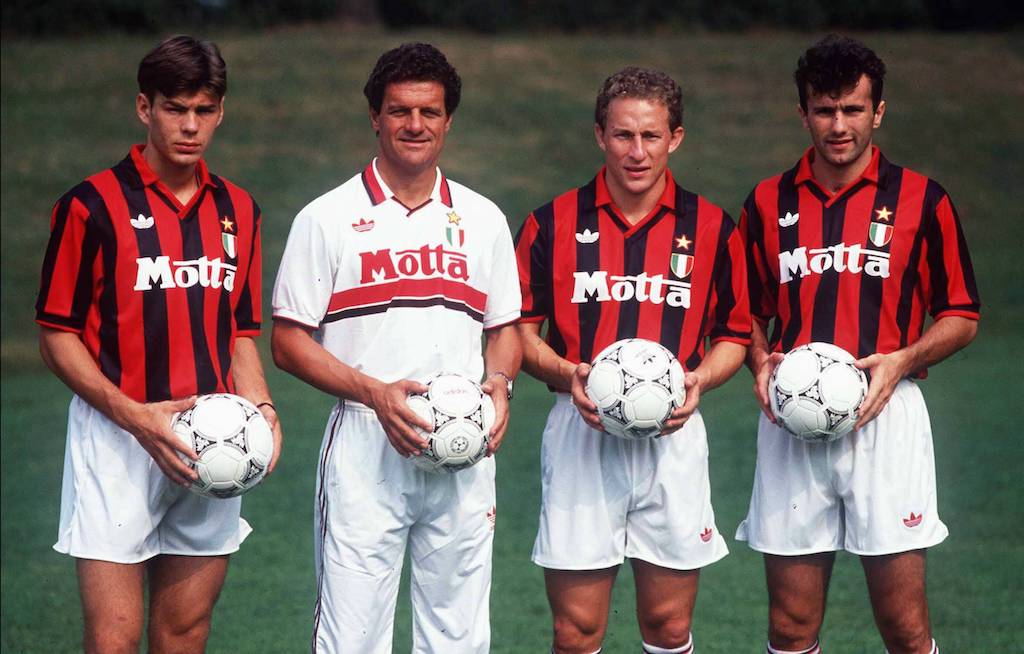 Dejan Savicevic has made the bold claim that none of the current AC Milan team would get in the line-ups he played in.

Savicevic spoke to PianetaMilan about a range of topics ranging from his career with the Rossoneri to his thoughts on the current team, and we have translated the interview below.

What are the thoughts you have looking back on that six-year experience in Milan?

“It was a wonderful experience, Milan are a good memory. I was lucky enough to be in the great Milan that always won. We were the strongest. For this reason, the years at Milan are the best memories of my career.”

If your favourite memory was the lob on Andoni Zubizarreta in the 1993-94 Champions League final against Barcelona, what is in second place?

“Yes, you all know the first (laughs). The second is when we were winning titles, there were big parties, it was beautiful. Then when we won the derbies against Inter they were also moments of joy. And then all the other great games we played. These are unforgettable moments.”

What memories do you have of that final against Barcelona in Athens in 1994?

“That story has already been told a hundred times, everyone knows it. We were underdogs because Costacurta and Baresi weren’t playing and they were a ‘Dream Team’. According to Cruyff we would have lost, this is the truth.

“He thought he would win easily and he charged us with those words on the eve of the game and gave us many more reasons to play well. We entered the game better than them and in the end we deservedly won the game. But without Cruyff’s words…”

Franco Baresi was missing that night. Is he the greatest defender in history in your opinion?

“In my opinion, yes, he and Maldini are the greatest defenders I have ever met. And I know what I’m talking about having played with and against.”

Marco van Basten played his last game at 28 years and 7 months in the 1993 Champions League final against Marseille in Munich. Where he would have gone without the injuries?

“Marco had the misfortune of suffering those damned injuries that forced him to retire prematurely. He at the time was like Cristiano Ronaldo and Ibrahimovic now. He scored goals in bursts, every year he scored 30, 35, 40 goals per season. Marco is one of the greatest strikers football has ever had. Perhaps the greatest.”

Who was the team-mate you learned the most from? And the best friend?

“All of us were already experts and trained when we arrived at Milan. I had the chance to go to a great club like Milan thanks to my qualities, but I was no longer an 18-year-old boy who still needed to grow.

“Then I had a good relationship with everyone even if with Zvone Boban I was more friends because we were together in the national team and we had done the military together so it’s normal.”

Who were the strongest players after you left – from 1998 to today? Was there ever anyone you wished you could play with?

“Even after we left, Milan achieved great results in Italy and in Europe with Ancelotti. Players like Shevchenko, Seedorf, Inzaghi and Nesta have made the history of Milan. And after them came great players like Ibrahimovic and Thiago Silva. Milan have had many, many crazy players. I would have liked to have played with Kakà, Ibra and Sheva.”

Was the decision to leave San Siro right? We are in the details but from what filters Milan and Inter will leave the Meazza by 2023. Would it hurt your heart thinking that in a few years San Siro will no longer exist?

“That’s life. Here in England too they have torn down and rebuilt a new Wembley. If they have to make a new stadium they just have to do it, they will have their good reasons. What do I think? I am too far away to judge whether it is a good decision or not. But San Siro will always remain a special thing for me. It is my home. But times change and new generations arrive.”

What do you think of AC Milan today?

“AC Milan today have good players but they are certainly not at the level of those we have mentioned. The AC Milan players of Sacchi, Capello and Ancelotti were another stuff.”

Is there anyone from this Milan who would have been a starter in yours?

Not even Gianluigi Donnarumma?

“I don’t think so because Rossi was a great goalkeeper. Seba was the greatest goalkeeper I’ve ever played with. Donnarumma has enormous potential and will grow but we cannot compare him with Sebastiano Rossi. Not yet at least.”

What do you think of Alessio Romagnoli? Can he retrace the footsteps of your predecessors Franco Baresi, Paolo Maldini and Alessandro Nesta in your opinion?