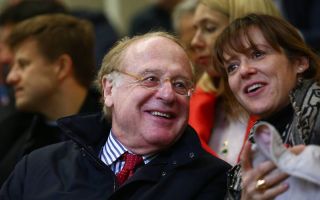 AC Milan president Paolo Scaroni has confirmed that the plan of owners Elliott Management is to eventually sell the club on to a new buyer.

The American fund took over in 2018 when the Chinese ownership of Yonghong Li failed to repay loans used to buy the club, and when they took over few thought they would remain at the helm for a long time given their goal as a hedge fund is to sell assets for progit.

Elliott Management are trying to sort the club accounts and secure repeated appearances in the Champions League to boost revenue, as well as pushing forward the stadium project. All these are factors that increase the value of Milan, which still has a very strong brand due to their history.

Scaroni revealed in an interview with Newest Media that Elliott will sell Milan in the future, although he did not specify the timing.

“One day Elliott will resell Milan, part of their work. They are preparing a new Milan, which will be evaluated at the right price by a new owner,” he said (via MilanLive).

“We need a new stadium, it is the way to increase Milan’s revenues. It will be the best in the world, will cost around 650 million euros and will bring 3,000 jobs during construction. Milan needs another attraction.”