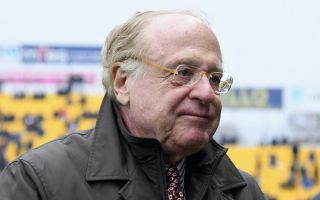 AC Milan president Paolo Scaroni has stressed the importance of pursuing ambitions, but admitted the team have only budgeted for a top four finish rather than a title win.

Scaroni spoke to TuttiConvocati on Radio24 about a number of different topics, starting with whether a Scudetto race could be on the cards for Milan this season.

“It is true that we must pursue dreams, I am pleased to record that the coach and players have great ambitions. I am a business man, we have written in this year’s budget to qualify for the Champions League, if we make it even better,” he said (via Calciomercato.com).

“We have made important steps forward with a young, balanced team. Steps forward on the cost front, on the revenue front the Covid has given us a blow. Happy to reconfirm Mayor Sala because the stadium project restarts.

“The other evening I immediately wrote to Sala to congratulate him, he replied in a nice way saying: ‘I am calling you to take up the project again’.”

Donnarumma recently declared that he will always be a Milan fan despite leaving the club for Paris Saint-Germain in the summer as the goalkeeper decided not to renew his contract. It was a big blow for the Rossoneri to lose an academy product, but ultimately he chose a different path.

On Donnarumma, Scaroni added: “A goalkeeper who has made a great contribution to Milan, has decided to change the air, leave a comfort zone, a courageous choice. I wish him well, no bitterness, I’ll be at San Siro tonight and I hope the public will welcome him with sympathy.

“I am in favour of a relationship between a club and professionals, if they want to pursue different experiences good luck, the club reserves the right to make its own choices, to reprogram the future, think about what we have done with Maignan who is already a leader.”

Maldini continues to gather praise from fans and large sections of the media as he continues to put his mark in the current squad, one which is being sculpted through a youth-led recruitment drive and continues to produce good results.

On technical director Paolo Maldini, Scaroni added: “Great sportsman, Milan man, gentleman. He learned to be a director, the Maldini of today is much more of a director than a year ago, he has embarked on a path of maturation and his path continues.”

On Ibrahimovic potentially being a manager: “His head has it, I don’t know if he will want it, if he will, he will have all the resources to do it.”