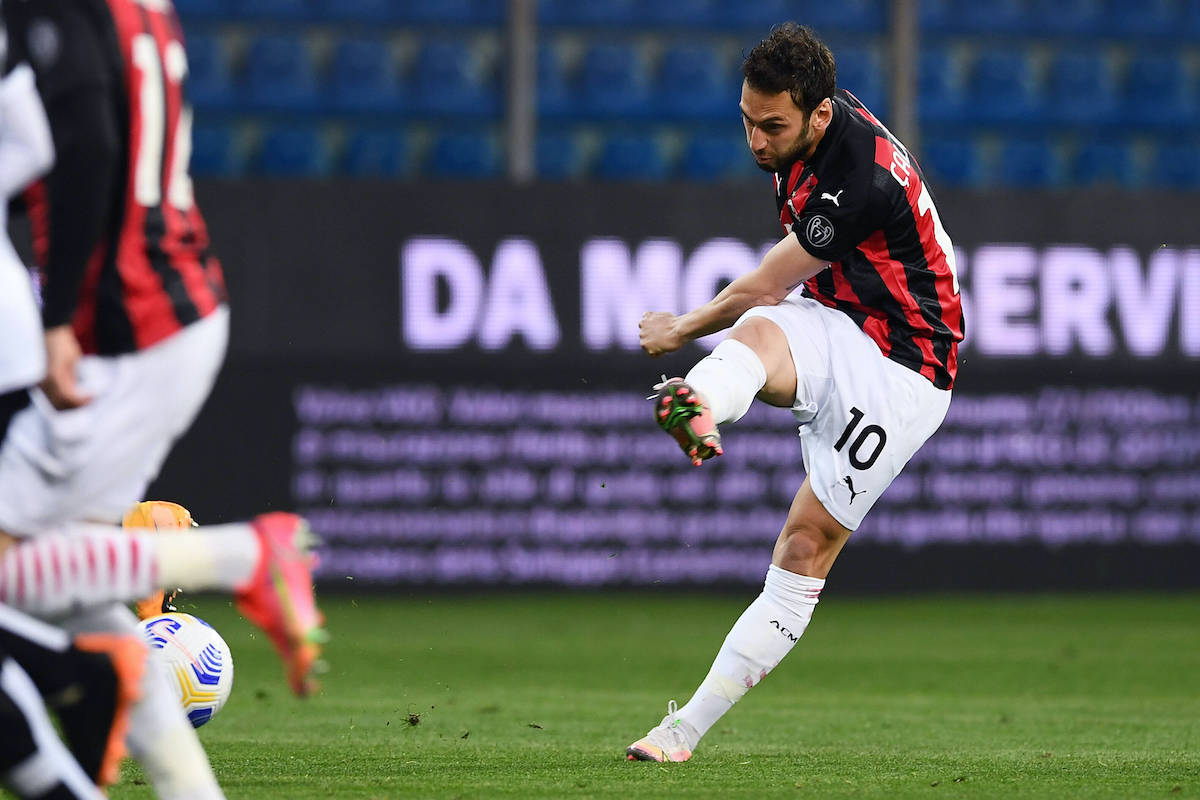 Schira: Milan give ultimatum to Calhanoglu over new deal – Maldini has given his best offer

AC Milan have set a deadline for the renewal of Hakan Calhanoglu before they move for his replacement, according to a report.

Calhanoglu’s contract is set to expire at the end of next month and there is nothing from any media source to suggest that he is close to renewing his deal, but rather a lot of implications that he could very much depart the club on a free transfer given the differences between demand and offer.

Nicolo Schira writes on Twitter that just as they did with Gianluigi Donnarumma, Milan are standing firm and will not raise their offer to Calhanoglu which currently stands at a four-year extension at €4m net per season plus bonuses.

Technical director Paolo Maldini believes that the offer is appropriate and now the Rossoneri are waiting for answer from the 27-year-old playmaker. It must arrive within seven days, otherwise the club will begin planning for life without him, as per the journalist.

READ MORE: Milan presented with a summer of opportunity and the early signs are good