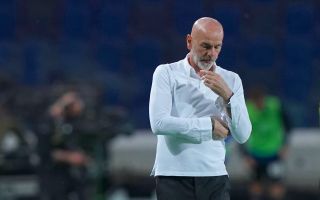 Schira: Milan management have full confidence in Pioli and contract extension could follow

AC Milan could decide to offer head coach Stefano Pioli a contract extension after his work during his time so far, according to one journalist.

Pioli secured Milan’s return to the Champions League after seven years of long waiting and he could be rewarded for achieving a second-placed finish with a new extended contract. As Calciomercato.com recently reported, the Rossoneri are concretely evaluating the possibility of reinforcing their belief in the former Lazio and Fiorentina boss.

According to what is being reported by Nicolo Schira on Twitter, Pioli – who is currently under contract until 2022 – could extend his deal until 2023 as he has the full support of the management. In fact, the faith that Maldini and Massara have is so strong that before the game against Atalanta on Sunday the technical director reiterated to Pioli his confidence and the desire to continue with him.

READ MORE: Doubts in the No.10 position for Milan – two potential exits and a target named