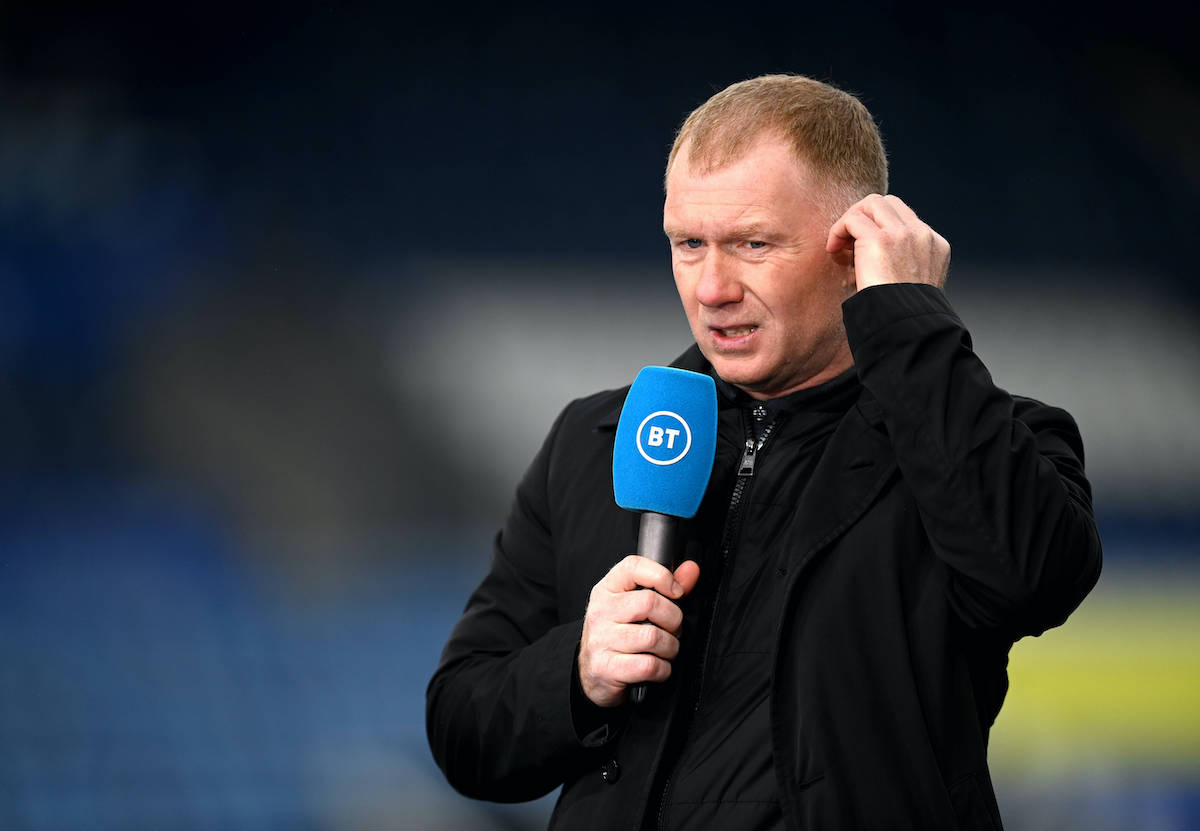 Paul Scholes believes Manchester United were lucky to get a draw at all against AC Milan as they ‘got away with one’ against an impressive Milan.

The stats on the night showed that Milan dominated in terms of opportunities, and Scholes told BT Sport that he thinks Solskjaer’s men were lucky not to lose.

“Ole said they deserved a draw, I don’t think they did, I think they got away with one, getting the draw,” the former midfielder said (via Football Italia).

“It’s a bad result. 1-1 at home is a bad result. We know they’re good away from home, but they’ve got to go and prove that now in a second leg which won’t be easy.

“We’ve seen the qualities they have as well. They’re going to get some of their better players back as well. It’s in the balance but AC Milan have to be slight favourites just because of the away goal they’ve got.”

“He should save it, I think he’s tried to make it a bit more difficult than it should be. First and foremost, keep the ball out of the net, he should save that. There’s no doubt about it – he’ll know that,” he said

“The trouble with that is when the mistake comes in his career, not in his career, but this chance he’s been given in the team. It’s come in his second or third game.”

As per AC Milan France, he also said: “I’m not sure Kessié’s goal had to be overturned,” – and we couldn’t agree more.

The former England international also discussed Diogo Dalot, who was in the strange position of playing for his loan club Milan against his parent club United.

“He does seem a really good lad, speaks well,” Scholes told BT Sport. “He’s done the right thing to get games at a big club. That will do him the world of good.

“He played in an unfamiliar position tonight, on that left side, but even his crossing with his left foot was brilliant. I thought defensively he did everything he had to do.

“Where does he stand now? I think he’ll come back at the end of the season. Pre-season will be big for him. It’s time for him to really perform in those pre-season games. Put a bit of pressure on Wan-Bissaka.

“He’s different to Wan-Bissaka. We know what a great defender Wan-Bissaka is. I think he’s got more quality going forward. It’s just a decision for the manager and what he wants.”