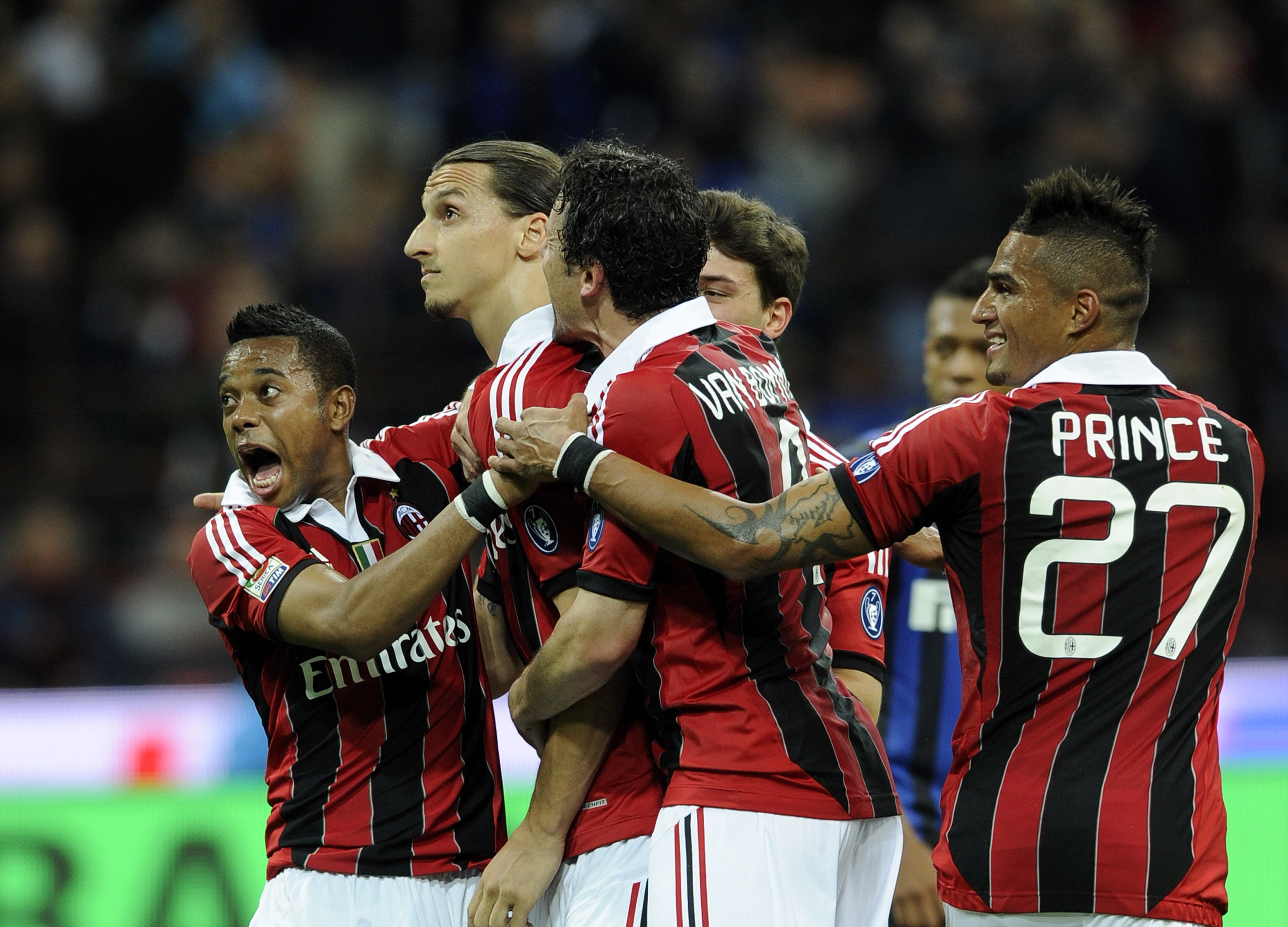 With the end of the decade nearly upon us, it’s only right that we take a trip down memory lane and remember some of the best players to wear the Milan shirt since 2010.

There have been a couple of highs and plenty of lows over the last 10 years, with a Scudetto and two Supercoppa Italiana titles being the only trophies.

There have been some fantastic players and some pretty bad ones in that period too, and below our writing staff have reached a compromise on the best XI from 2010-2019. 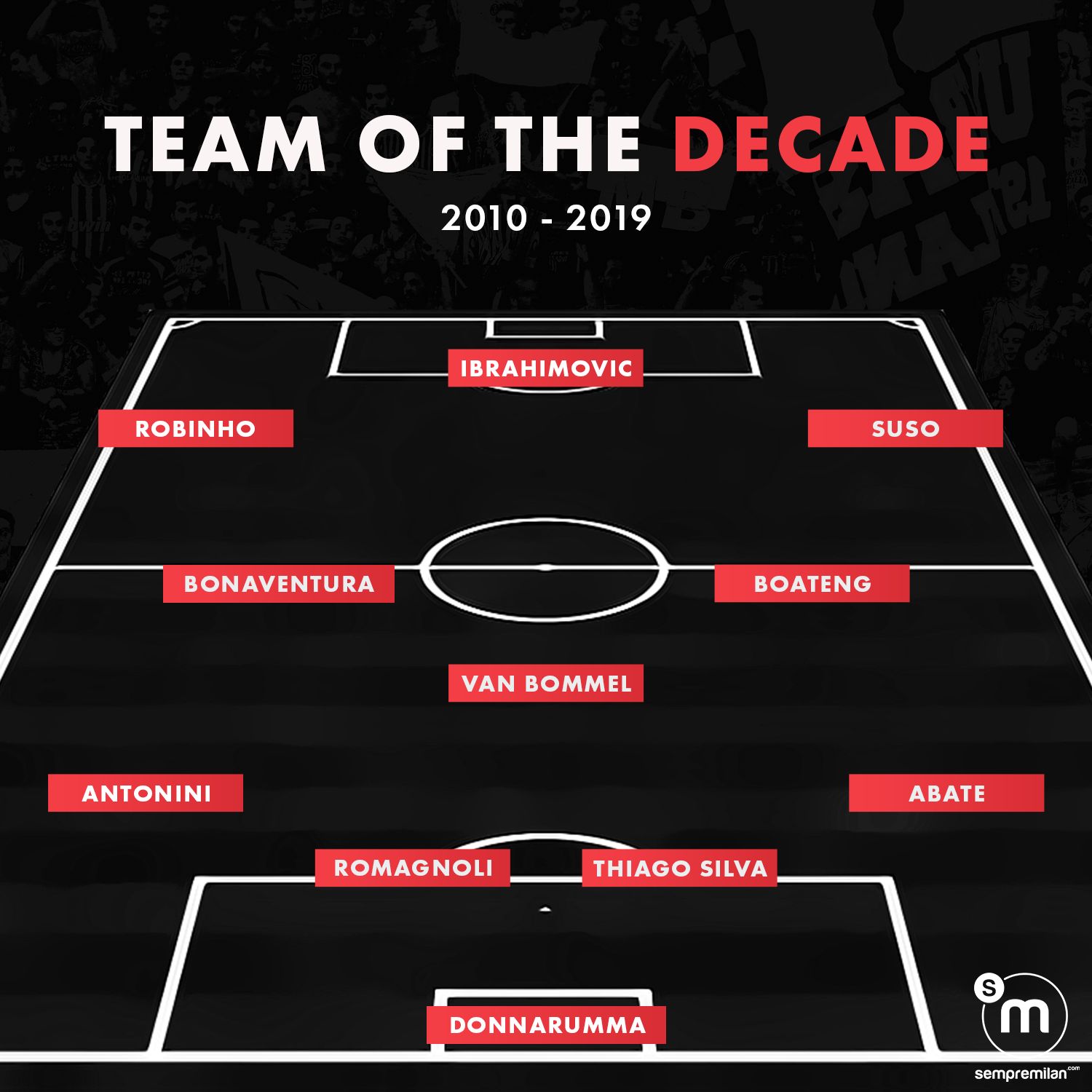 Doesn’t take too much explaining: despite being only 20 it feels as though Gigio has been around for most of the decade and he doesn’t have an awful lot of competition for this spot, aside from maybe Abbiati.

There haven’t really been a wealth of great right-backs that have come through the door since the turn of the decade, but Abate gets it for consistency, longevity and his love for the club.

Simply a colossal part of the 2010-11 Scudetto winning side which conceded just 24 goals in 38 games. A fantastic all-round centre-back, deeply loved and sorely missed by the fans. Maybe Zlatan can persuade him to secure a return too?

This was a toss up between Romagnoli and Alessandro Nesta, but we have given the edge to the former once again based mainly on longevity. Nesta did play up until 2012 but he didn’t amass over 26 Serie A appearances in either of his final two seasons, so the current captain gets the nod.

Another position where, with respect, there weren’t a plethora of options to choose from. Antonini though played most of the games at left-back in the title-winning season and in the campaign after which was close to being another Scudetto. Technically limited, but a player willing to bleed for the shirt and one who will go down in history.

It was a battle between two Dutchmen for this spot, but Van Bommel pips his compatriot Nigel de Jong purely for his importance presence for 18 months under Max Allegri. His experience helped get Milan over the line and secure Scudetto number 18.

KPB did play as an attacking midfielder for most of his time at the club, but for the purposes of this formation he gets in as a CM. A total of 18 goals and 16 assists across 114 appearances for the club makes the Ghanian another fan favourite. After all, who can forget Lecce and the Michael Jackson dancing?!

📹 How about his second-half hat-trick to help #ACMilan complete a stunning comeback against Lecce in 2011? 🤔#AuguriPrince 🇬🇭🔴⚫ pic.twitter.com/Mtquzim56i

Signed from rivals Atalanta in the 2014-15 season, Bonaventura is now somehow already 30 and is considered one of the senior figures of the current squad. He has racked up 33 goals and 15 assists in 162 games in all competitions across a number of different positions. A good servant to the club.

The front three was not the easiest to pick, but very similar to Bonaventura and Romagnoli Suso gets in having played at the club for a number of years, and having established himself as the main creative force in that time. A combined 55 goals and assists in 151 games isn’t a bad return, even with his struggles this season.

Admittedly not easy to put Robinho in given the controversy surrounding him, but having netted 14 goals and being the joint-top scorer in the Scudetto season, his performances do deserve recognition. Formed a frightening partnership with Ibrahimovic and Alexandre Pato and was fantastic to watch when on form.

We start the decade with Zlatan wearing the Rossoneri shirt and we will start the next on in the same fashion. With a whopping 56 goals and 25 assists in 85 appearances in all competitions, the big Swede made everyone around him better and helped Milan to title number 18 before netting 24 league goals the next season. Simply unstoppable on his day, and hopefully there are many more to come.