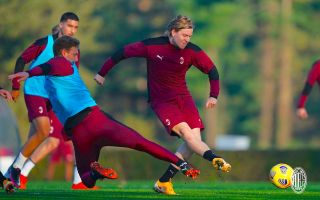 The members of the AC Milan first team squad who are not on international duty played a friendly against the Primavera on Monday and ran out comfortable winners.

The club’s official website report how training recommenced this afternoon at Milanello with the squad in reduced numbers because of the fact so many players are away on international duty, and that the session was attended by technical director Paolo Maldini.

The Rossoneri played a training match against the Primavera team which consisted of two halves of 30 minutes each and commenced at 15:00 CEST.