AC Milan will be looking to ensure they head into the second half of the Serie A season still top of the table when they host Atalanta on Saturday night.

The Rossoneri currently sit three points clear atop the Serie A table and with Inter visiting Udinese at the same time as Saturday’s game, they know a point will keep them above their city rivals to earn the ‘Winter Scudetto’.

Pioli revealed in his pre-match press conference that he is expecting a tough game despite Atalanta’s mixed form, though he stressed the importance of having some key players back.

Sky Italia (via MilanNews) confirmed on Friday that for the game against La Dea there will be five players missing: Ismael Bennacer, Matteo Gabbia, Alessio Romagnoli, Alexis Saelemaekers and Hakan Calhanoglu.

However, Theo Hernandez, Ante Rebic and Rade Krunic are all back as they no longer have Coronavirus (Theo was a false positive) while Rafael Leao is no longer suspended.

As a result, the back four in front of Gianluigi Donnarumma is expected to consist of Davide Calabria, Pierre Kalulu, Simon Kjaer and Theo, with Franck Kessie and Sandro Tonali the double pivot.

Samu Castillejo, Brahim Diaz and Rafael Leao are anticipated to be the trio behind centre-forward Zlatan Ibrahimovic. 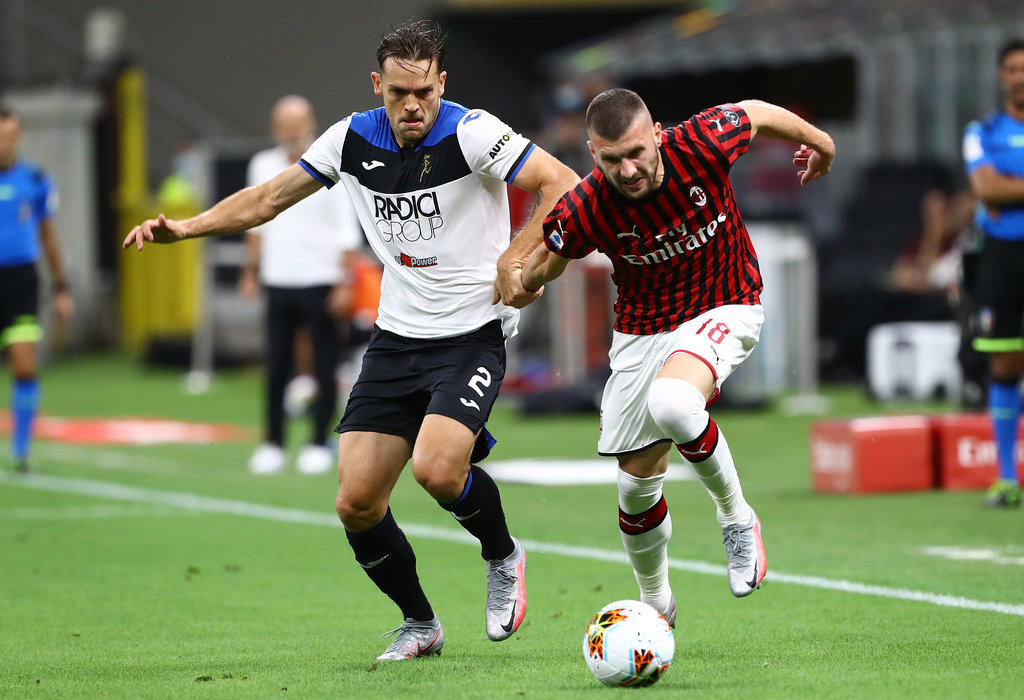 Atalanta started the season just how everyone remembered them from 2019-20, scoring 13 goals in their opening three Serie A games to sit top of the table, but since then they have won six out of 15 league games.

They have drawn their last two games as well, having been kept to a 0-0 scoreline by relegation battling Genoa, and escaping from the Stadio Friuli with a 1-1 on Wednesday after going behind inside 30 seconds.

Gian Piero Gasperini does not have as many selection problems to deal with as his opposite number, and reports suggest that Mario Pasalic will be the only player missing through injury.

Josip Ilicic, Matteo Pessina and Duvan Zapata are expected to make up the attack having been left out in Udinese, with Luis Muriel back on the bench.

Milan have won 10 out of their last 25 competitive games against their Lombardy rivals, but their recent record against them is far from anything to write home about.

In fact, the Rossoneri have not triumphed over the Bergamo side at home in the league since January 2014 – over seven years ago – while they have only beaten them once since May 2015.

The return fixture was a 1-1 draw as a depleted Milan side battled for a point, with Hakan Calhanoglu’s early screamer cancelled out by Duvan Zapata’s first-half equaliser.

Milan are undefeated in 29 of their last 30 matches (Serie A).

Milan have been winning at both half time and full time in 5 of their last 6 matches (Serie A).

Atalanta are undefeated in their last 9 matches (Serie A).

Milan have seen under 2.5 goals in 5 of their last 6 home matches against Atalanta in all competitions.

Atalanta are undefeated in their last 6 away matches against Milan in all competitions.

A very interesting battle will be the one between Robin Gosens and Davide Calabria on Milan’s right side. The Rossoneri full-back will have his work cut out against a player with eight combined goals and assists so far this season.

Josip Ilicic has come back with a bang too and he is Atalanta’s best performer of the season so far as per WhoScored‘s average rating, with five assists to his name, the most in the team. Strikers Zapata and Muriel have combined for 18 goals in the league this term.

For Milan, Zlatan Ibrahimovic is the undisputed leader of this team with five braces in eight games already this season. If he can get another brace, the hosts will fancy their chances.

However, their last two games suggest Atalanta are due a glut of goals, so Kalulu and Kjaer will have to find chemistry right away in order to ensure Milan are tight at the back.

The recent record against La Dea suggests that being over-optimistic about this game would be a mistake, and with problems at centre-back, midfield, the No.10 position and on the right side, there are enough issues to make this a tough game against a very dangerous side.

A point is a cautious prediction for a game that could very much go either way.

Tags AC Milan Milan Atalanta
Related Articles
Krunic honest in assessment of Milan’s collapse: “Something is not like before”
5 February 2023, 23:45
Sky: Pioli not at risk but Milan directors approached dressing room with ‘gloomy faces’
5 February 2023, 23:33
Pioli believes Milan are not yet ‘mature’ as he explains formation and selection choices
5 February 2023, 23:28
Serie A Standings