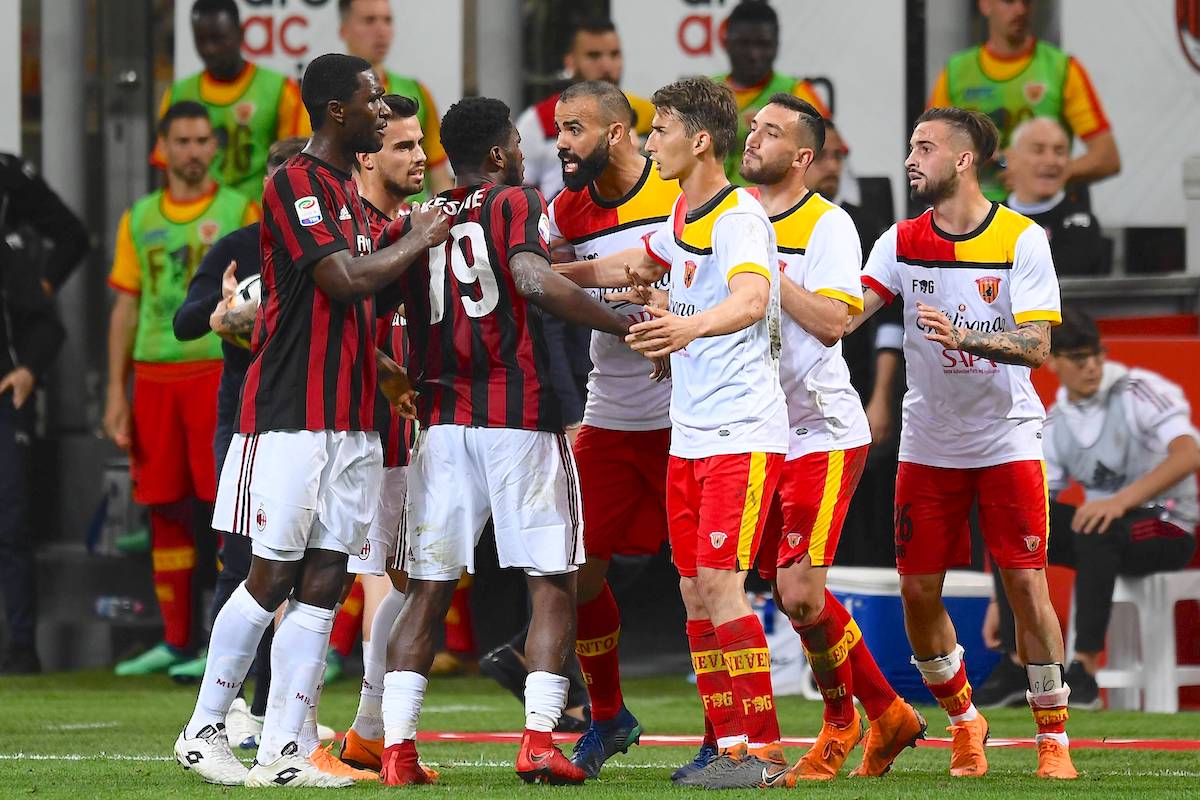 Milan need to get back to winning ways as soon as possible having lost back-to-back games, starting with the visit of Benevento on Saturday.

The Rossoneri suffered damaging defeats against Sassuolo and Lazio in their last two outings, with the most recent being a 3-0 hiding at the Stadio Olimpico on Monday night which saw the team drop to fifth.

The loss left a sour taste in the mouth but Milan know that their fate is in their own hands with direct clashes against Juventus and Atalanta before the end of the campaign, though first relegation-threatened Benevento will pay visit.

Pioli revealed the three things he is looking for from his side in the season finale during his pre-match press conference, and also refused to rule out a change in formation.

The good news for Milan is that Zlatan Ibrahimovic returns to the fold after having missed the last few games with a muscle problem and having served a suspension following his red card in the win against Parma earlier in the month.

La Gazzetta dello Sport reported on Friday morning that Pioli is set to stick with a 4-2-3-1 formation that could function more as a 4-2-2-2. Donnarumma will be in goal with a back four of Calabria, Kjaer, Romagnoli and Theo Hernandez protecting him.

Kessie and Bennacer will be the midfield double pivot as expected, with Saelemaekers and Rebic occupying the right and left wing respectively and Calhanoglu behind Zlatan Ibrahimovic as the playmaker in what has become an absolute must-win game for the Rossoneri in their quest for top four.

However, at the time of writing there are some doubts about whether Fikayo Tomori could feature, plus speculation that Bennacer could be rested with either Sandro Tonali or Soualiho Meite waiting in the wings.

Despite an impressive start to the season upon their return to Serie A after a two-year absence, Benevento have found themselves in a real relegation scrap and are in fact currently inside the bottom three.

Pippo Inzaghi’s men won two of their first three games and had racked up six wins by Round 16, which was excellent pace to survive comfortably, but have one just once since January 6 (away against Juventus).

The Stregoni have started shipping a large amount of goals having conceded 11 in their last three games and with 66 let in all season, only Parma and Crotone – the two teams below them – have a worse defensive record.

Inzaghi has a number of men missing for the game with the likes of Marco Sau, Daam Foulon, Gaetano Letizia, Alessandro Tuia and Gabriele Moncini all set to be unavailable.

At the moment there are some doubts about whether Pippo will use a 3-5-2 system which would see Adolfo Gaich and Gianluca Lapadula – who scored eight times in 27 appearances for Milan – up front, or whether a 4-3-2-1 could be preferred in order to get Roberto Insigne and Iago Falque behind the latter.

Milan and Benevento have met just three times in Serie A so far given that this is the Campanian side’s second ever season in the top flight. The teams are evenly matched despite the obvious disparity in quality, with a win each for either side and one game ending in a draw.

They last faced off back in Round 15 when Milan recorded a 2-0 win, with a Franck Kessie penalty and Rafael Leao’s second half goal proving to be enough, with the second an excellent chip over the goalkeeper.

Milan were embarrassed by Benevento twice in 2017-18. The first time came when goalkeeper Alberto Brignoli scored an equaliser with the last kick (or head) of the game to secure his team their first ever Serie A point after 14 straight defeats to start the season. The second time was when Pietro Iemmello’s winner at San Siro gave them their first and only away win of the season.

➤ The head-to-head record between Milan and Benevento in Serie A is perfectly balanced, with one win for each side and one draw.

➤ Benevento won their first point in Serie A against Milan: a 2-2 draw in December 2017 thanks to goalkeeper Alberto Brignoli’s goal.

➤ Benevento’s first away win in Serie A was against Milan at the Meazza: 1-0 in April 2018 thanks to Pietro lemmello’s goal.

➤ Milan have suffered two consecutive league defeats and have not recorded three in a row in the competition since September 2019, with Giampaolo on the bench.

➤ Benevento’s points-per-game ratio has halved from the first part of the season (1.2) to the second part (0.6) – in the second phase of the season they have won only one match out of 14 (1-0 against Juventus).

➤ Milan have lost the fewest points from leading situations in this Serie A (five), while in contrast Benevento have dropped 16 points from such scenarios.

➤ On the one hand, Milan have scored the joint-most goals in the first 30 minutes of matches in Serie A this season (22, like Roma), while in contrast, Benevento have conceded the most in the same period (25).

➤ With a goal against Benevento, Milan striker Zlatan Ibrahimovic would become the first player to score against 80 different teams in the top five European leagues since 2000.

➤ Gianluca Lapadula could score a goal in three consecutive Serie A appearances for the first time since November 2019 – the Benevento forward made his Serie A debut with Milan but has never scored against them since leaving the club.

All eyes will be on Zlatan Ibrahimovic from a Milan point of view as the Swedish veteran looks to put his difficult period behind him and build on his Serie A goal tally of 15, getting into rhythm with some critical games on the horizon.

There will also be great attention paid to Hakan Calhanoglu and Alessio Romagnoli, both of whom seemingly have their Rossoneri futures in grave doubt at the moment and will want to prove they deserve to be a part of the project moving forward. Should Tonali come in, it would be great to see him impress too.

The stand-out performer for Benevento this season has been Gianluca Caprari as he has a team-high 10 goal contributions (5G, 5A). Lapadula is the top scorer and will no doubt be out for blood against his old team, while Viola in midfield has 5 goals and 3 assists.

At the back, Kamil Glik is certainly a player who knows the league well and the away side will rely on all of his experience if they are to emerge with another positive result from San Siro.

There are no excuses any more and the time for empty words is over: Milan must go out there and do the business. This may seem a bold claim as there would still be 12 points to play for, but if the Diavolo do not emerge victorious on Saturday night, they will not make the top four – there would simply be too much to do. An early goal to settle the nerves and preferably a clean sheet would be nice.