Milan will be looking to build on their important away win at Bologna last weekend, taking on Crotone at the San Siro tomorrow afternoon. A must-win for the Rossoneri, with the derby not far away.

Stefano Pioli has had to deal with injuries all season and things haven’t always been easy for him. Fortunately, it’s starting to look better on this front and Milan could build some confidence with 9/9 points ahead of the derby.

Just like at the beginning of the season, this is the goal for these fixtures. In his pre-match press conference, the manager stressed that Milan must get used to the pressure as things will only get harder from here.

As mentioned, the injury situation is starting to look better for Milan as both Ismael Bennacer and Hakan Calhanoglu are training at full speed. They won’t make it from start tomorrow, though, as was revealed earlier today.

Update: Bennacer and Tonali aren’t included in the 22-man squad for the game tomorrow, still not at 100% yet.

On another positive note, Matteo Gabbia returned to training with the squad this week after a long absence. Simon Kjaer and Brahim Diaz are still injured and will certainly miss the game, but Pioli has good replacements for them. 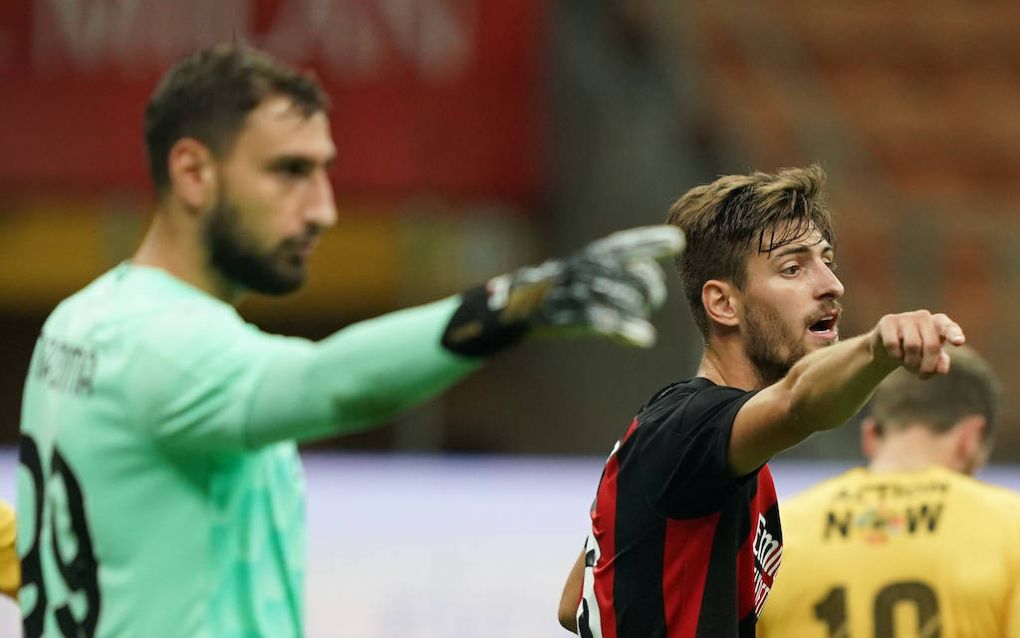 Sky Italia (via MilanNews) are reporting that Gianluigi Donnarumma will be protected by a back four of Davide Calabria, Fikayo Tomori, Alessio Romagnoli and Theo Hernandez from right to left. The same as against Bologna, in other words.

In fact, there will be just one change to the XI and that is in the midfield, as Soualiho Meite will start alongside Franck Kessie instead of Sandro Tonali. The latter struggled with a minor injury, but has recovered and will be on the bench.

Alexis Saelemaekers, Rafael Leao and Ante Rebic will form the attacking trio, hoping to provide Zlatan Ibrahimovic with some good service. Once again, therefore, Leao will be in the trequartista role that Calhanoglu usually occipies.

Crotone have had a very tough start to the season and to be fair, after 20 games played, you probably can’t put it down as just a bad start. Relegation is a real threat and with just 12 points thus far, it’s looking like a long way to a safe spot (four points away).

It doesn’t help things that their joint-most prolific player Junior Messies, with six goals and two assists, will serve a one-game ban and thus miss the game. In addition to the Brazilian, one more key player in the shape of Luca Cigarini will miss out. 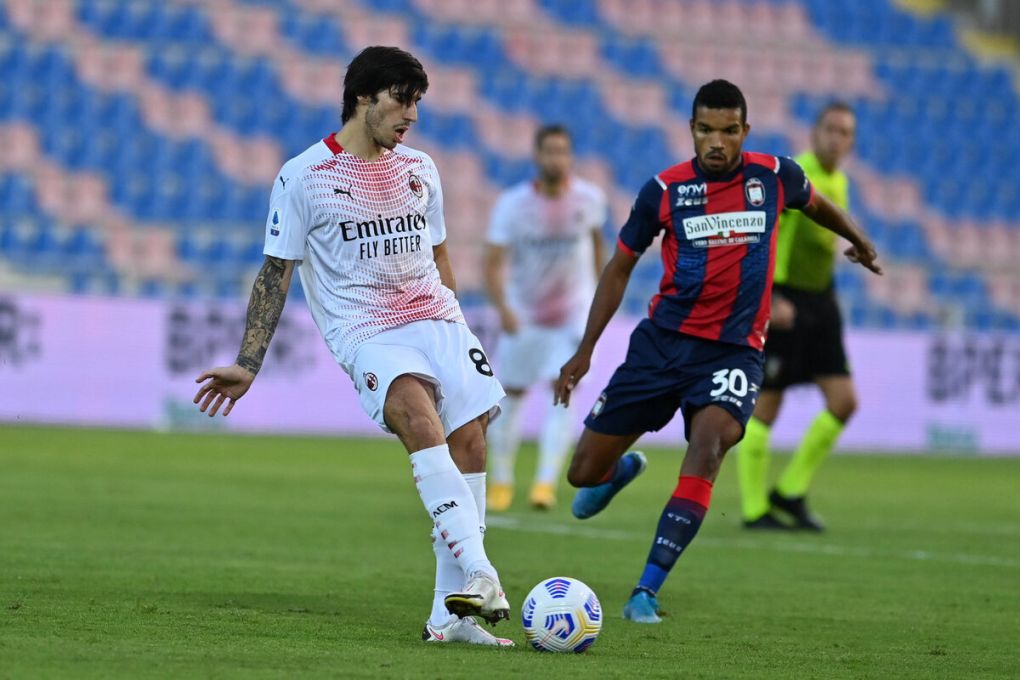 In other words, it will be a very tough game for the away side and it would be a surprise if they can get anything from it. Sometimes it helps to be underdogs, but then you also need a clear playing style and Crotone have lacked quality all season.

Milan have been very successful against Crotone in their past meetings, winning four of their five battles in Serie A (1D). Unbeaten, in other words, also because Crotone have featured in just three top-tier seasons in their history.

In the 2017/18 season, the Rossoneri won both clashes and kept clean sheets in the process, scoring four goals in total. And considering Milan’s strong defence this season, it would be surprising to see them concede tomorrow.

The reverse fixture ended 2-0 in favour of Pioli’s side as Franck Kessie converted a penalty in the first half, followed up by a goal from Brahim Diaz early in the second. With 14 penalties under their belt already, it remains to be seen if they will get another one tomorrow.

In summary, Milan have been superior in their meetings with Crotone and this, in addition to the respective form, makes them the clear favourites for the game. Take a look at the highlights from the reverse fixture below.

➤ Milan have won four of their five matches against Crotone in Serie A, keeping a clean sheet in all of their last three.

➤ Milan have won their last four matches against newly-promoted teams in Serie A. They haven’t reached at least five since May 2012 (eight in that case with Massimiliano Allegri at the helm).

➤ Milan have lost two of their last three home league games after a series of 13 home games in which they had achieved nine wins and four draws.

➤ In the era of three points per victory, out of 24 teams with 12 or fewer points after 20 matchdays, only one managed to survive at the end of the season: Crotone in 2016/17.

➤ Crotone picked up only two points in their first 10 away matches of the league. In the 2016/17 season they survived, they picked up one, while in the relegation campaign of 2017/18 it was four.

➤ AC Milan have so far received 14 penalties. Since Opta started collecting data in 2004/05, the Rossoneri have never been given as many in an entire Serie A season.

➤ Crotone are the only team that have not yet gained points from a losing position. No team have lost less than Milan when they are ahead (two, like Atalanta).

➤ Franck Kessié, who has already equaled his record for goals in a single Serie A season (seven as in 2018/19), has scored two goals at Crotone in Serie A, both from penalties, including his first for Milan in August 2017.

➤ Simy has participated, with three goals and one assist, in all of Crotone’s last four Serie A goals.

Although we won’t get to see Ismael Bennacer and Hakan Calhanoglu from start, it’s another opportunity to check out the new signing Fikayo Tomori. The Chelsea loanee will partner up with Alessio Romagnoli and after a successful start, he will be looking to continue on the same path.

In addition to the centre-back, Soualiho Meite will have a point to prove as he hasn’t been able to convince the fans just yet. This is a perfect opportunity for him to show his skills, as he won’t be under the same pressure he was against Atalanta and Inter. The new signings, therefore, are the ones to watch. 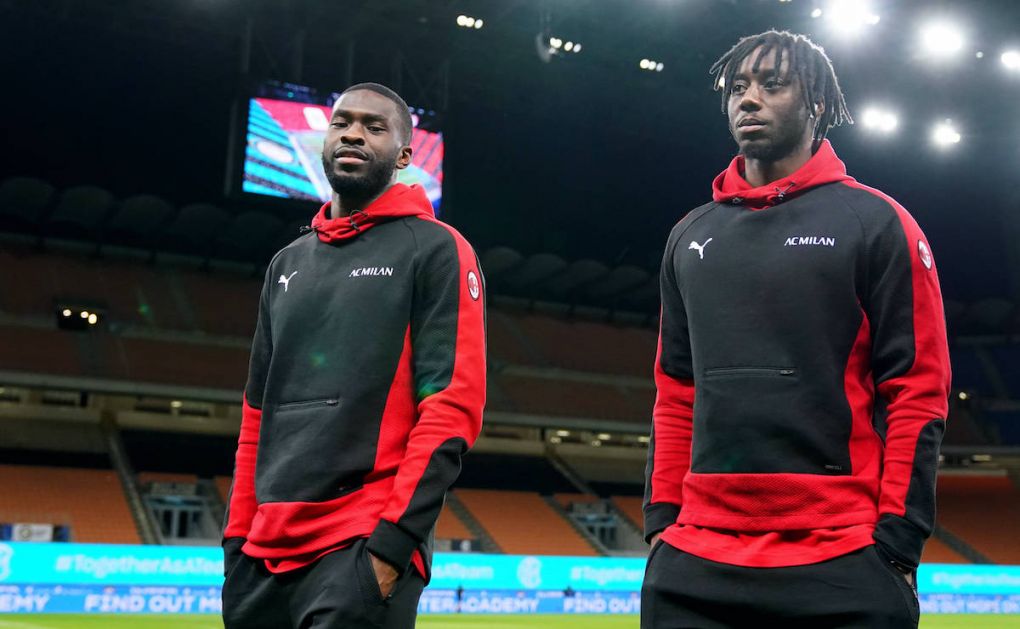 As for Crotone, especially with Messias’ absence, the Rossoneri defence will have to keep an eye on Simy. The striker, as highlighted by the stats above, has been crucial for Crotone and he could use his strength to create some problems for his opponents tomorrow afternoon.

After the somewhat comfortable win against Bologna, all signs point toward a win for Milan and the feeling is that they could bag a few goals. It’s easy to say that Crotone have nothing to lose, but that isn’t really the case given their position in the standings.

In many ways, they will probably be under more pressure than Milan and this could also affect the outcome of the game. Either way, anything else than a win for the home side would be an upset.

Have your say on the game over on the Rossoneri Discord!

Tags AC Milan Crotone Serie A Stefano Pioli
Related Articles
Pioli says Milan must ‘be united’ amid poor run of form and discusses transfer market
28 January 2023, 10:29
DAZN: Milan could try again for Zaniolo in the next 48 hours – the latest
27 January 2023, 20:38
MN: Pioli must put more faith in De Ketelaere – he could help Milan escape the quagmire
27 January 2023, 20:18
Serie A Standings