Milan bounced back from the disappointing 1-1 draw against Sampdoria with a strong win at Parma, despite going down to ten men. And with just eight games left, they need all the points they can get, with Genoa up next.

Stefano Pioli’s men are fighting for a top-four finish and they are still in second place, but they are just four points from fifth place. For this exact reason, every game from now until the end of the season will be like a finale for the Rossoneri.

In his pre-match press conference, the manager spoke about the struggles at home and made it clear that they want to change this. He also discussed the solutions he has in mind attacking-wise, with Ibrahimovic out for this clash.

The situation is looking better for Milan, in terms of injuries, after what has been some very tough months for Pioli and his men. Despite being one of the most ‘unlucky’ teams in the league, with more injuries than most teams, they remain in second place.

Just two players are on the injury list and they are Davide Calabria and Daniel Maldini. The former could be back very soon as his recovery has gone faster and better than expected, which is another good sign for the Rossoneri.

In addition to those two, Zlatan Ibrahimovic will also miss out on the game as he was handed a one-game ban by the sporting judge. The red card last time out was indeed very strange, but it’s not something Milan can dwell on right now.

Inevitably, therefore, there will be a few changes to the starting XI but for the first time in a long while, Pioli will be able to rely on more than a few ‘certain starters’. In such a hectic and crucial period, this could be immense for the team. 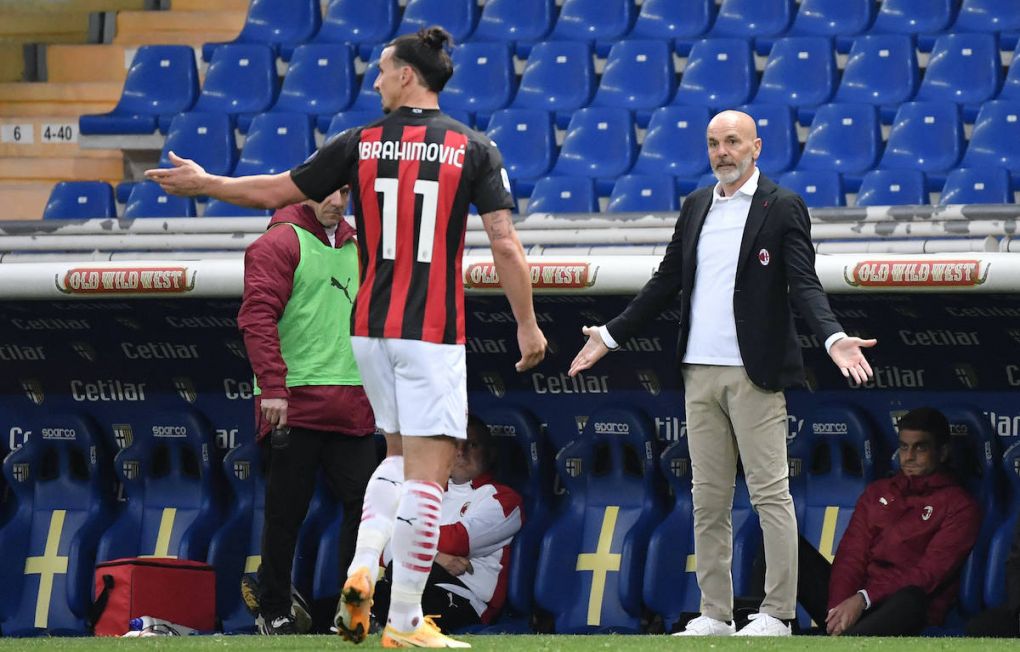 Pierre Kalulu got the nod ahead of Diogo Dalot last time and did quite well on the right-hand side of the defence. However, his impact wasn’t huge and Dalot came off the bench in the second half, playing really well and adding an assist to his name.

There will be a battle between the two as the reports are conflicting, with Gazzetta suggesting that Dalot will start. Sky, on the other hand, are saying Kalulu. Either way, both will have a lot to prove if given the chance.

Up front, Rafael Leao is in pole position to replace the suspended Ibrahimovic. There have been rumours about Mario Mandzukic perhaps getting the chance, but he will most likely start on the bench and could come on in the second half.

Other than that, the XI will be the same as we saw against Parma, with Ismael Bennacer and Franck Kessie linking up in the heart of the defence once again. In other words, a very strong team on paper for Pioli.

Genoa’s season has been a roller coaster, to say the least, as they decided to sack Rolando Maran back in December after a horrible start to the season. When they parted ways with the manager, they hadn’t won for 12 consecutive games.

They were in 19th place at the time and brought in the only man who could turn things around, namely Davide Ballardini. The 57-year-old has had multiple spells at the club and has made a name for himself as a crisis averter.

He has seemingly succeeded this time out as well, considering that the Rossoblu are now in 13th place and ten points clear of relegation. They have picked up five points in their last five games (1W, 2D, 2L); a form that is enough to secure salvation.

It should also be noted that they have faced some very tough sides lately and the final stretch will be a tad easier for them. Against Juventus last time out, they got on the scoresheet and came close to an equaliser, but eventually lost 1-3.

Their defensive struggles were highlighted in the game as the Bianconeri created many chances to secure the win. This is something that Milan should look to exploit, although it’s possible that Genoa will sit back a lot on Sunday. 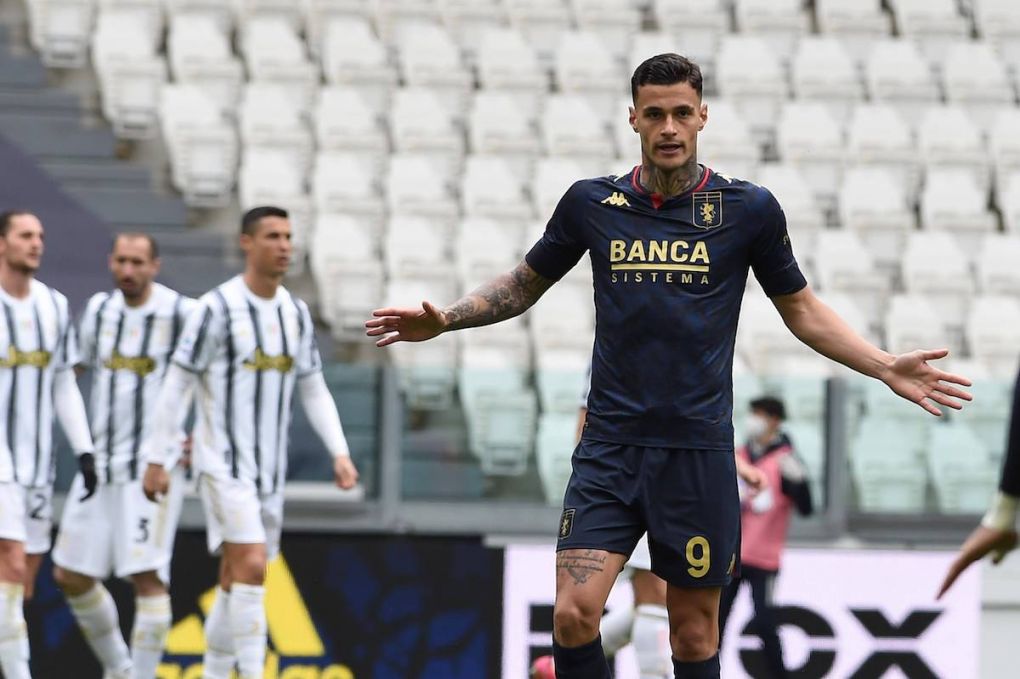 Ballardini will be without the likes of Luca Pellegrini and captain Domenico Criscito tomorrow. The latter’s absence is a huge blow for the team as the 34-year-old has a lot of experience of big games like these.

Two former Milan players will play from the first minute and they are Christian Zapata and Mattia Destro. The Rossoneri fans have fond memories of the former (Zapata 97 vs. Inter), while the striker’s career never really took off at the club.

As mentioned, Milan need all the points they can get from the remaining games and they will surely be out for some revenge. The stats certainly talk in the Rossoneri’s favour, with a pretty strong record in this fixture.

In the reverse fixture, though, Pioli’s men had to fight extremely hard to even get a point at Stadio Luigi Ferraris. Destro scored twice against his former side and the latter seemed a bit caught off guard, also with some key players injured.

Davide Calabria responded to Destro’s first goal with a lovely strike from outside the box, finding the bottom of the corner. After that, the feeling was that Milan could go on to win the encounter, but they got sent back to square one by Destro.

The 30-year-old made the most of a cross and headed in the second goal for Genoa just eight minutes after the equaliser. Eventually, with seven minutes to go, Pierre Kalulu of all people scored a tap-in on a corner to seal the point.

Hopefully, the story will be a bit different at San Siro as Milan really need to assert themselves at home. They have done better on the road this season and while that is okay, the difference in the results between the two is not.

➤ AC Milan have won four of their last six league matches against Genoa (D1 L1), drawing the most recent game 2-2; the last time the Grifone avoided defeat in both Serie A matches in a season against the Rossoneri was back in 2014-15 under Gian Piero Gasperini.

➤ AC Milan have failed to win four of their last seven home games against Genoa in Serie A (D2 L2), losing the most recent such game (1-2 in March 2020) – only between 1930 and 1931 have the Grifone won two away matches in a row against the Rossoneri in the top-flight (their first two fixtures).

➤ Genoa are one of only two sides against which Stefano Pioli’s AC Milan haven’t yet won in Serie A (D1 L1) — level with Atalanta.

➤ In 2021, only Benevento, Cagliari, Parma and Torino have won fewer home matches than AC Milan in Serie A (W2 D2 L4 for the Rossoneri).

➤ After winning five of their first eight games in the current league season under Ballardini (D2 L1), Genoa have won only one of their last nine Serie A matches (D5 L3).

➤ AC Milan have scored the most goals (six) in injury time in Serie A this season – on the other hand, Genoa have conceded only one goal after the 90th minute, more than only Fiorentina and the Rossoneri (both zero).

➤ Theo Hernandez has been directly involved in nine goals in the current league season (four goals, five assists), equalling the previous campaign – he could become the first AC Milan defender to be involved in 10 goals in a single Serie A campaign since Opta collected assists for the competition (2004-05 onwards). 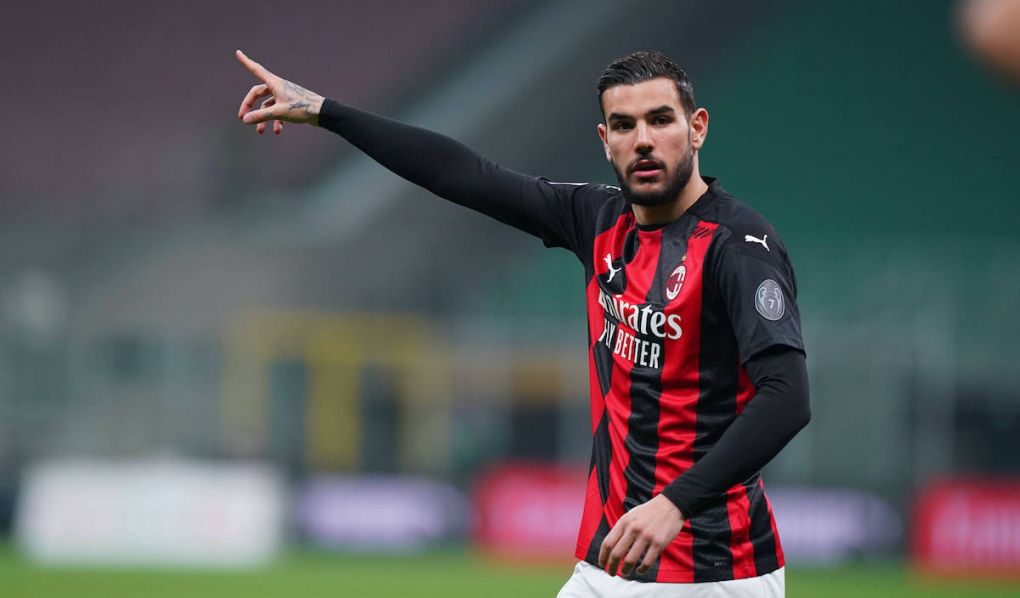 ➤ Since his Serie A debut in 2019-20, Rafael Leao has scored five goals as a substitute in the top-flight, more than any other AC Milan player – followed by Ante Rebic (four).

➤ Goran Pandev’s next game will mark his 150th Serie A appearance with Genoa: since his debut with the club in August 2015, he is the player with the most appearances for the club in the top-flight (followed by Mattia Perin at 125).

It’s inevitably to discuss this part of the preview without addressing the centre-forward conundrum. Whether it’s Leao or Rebic up front, it will be interesting to see how Milan will play without the clear focal point that is Ibrahimovic.

Leao managed to get on the scoresheet last time out and this could be a good boost for him. The same can be said for Rebic as he looked very good on the left flank and, of course, opened the scoring with a fantastic effort.

Mandzukic might be the most logical solution, but he hasn’t played for a long time and both the players he’s competing with are in good form. Off the bench, though, the former Juventus man might be able to have an impact on the game. 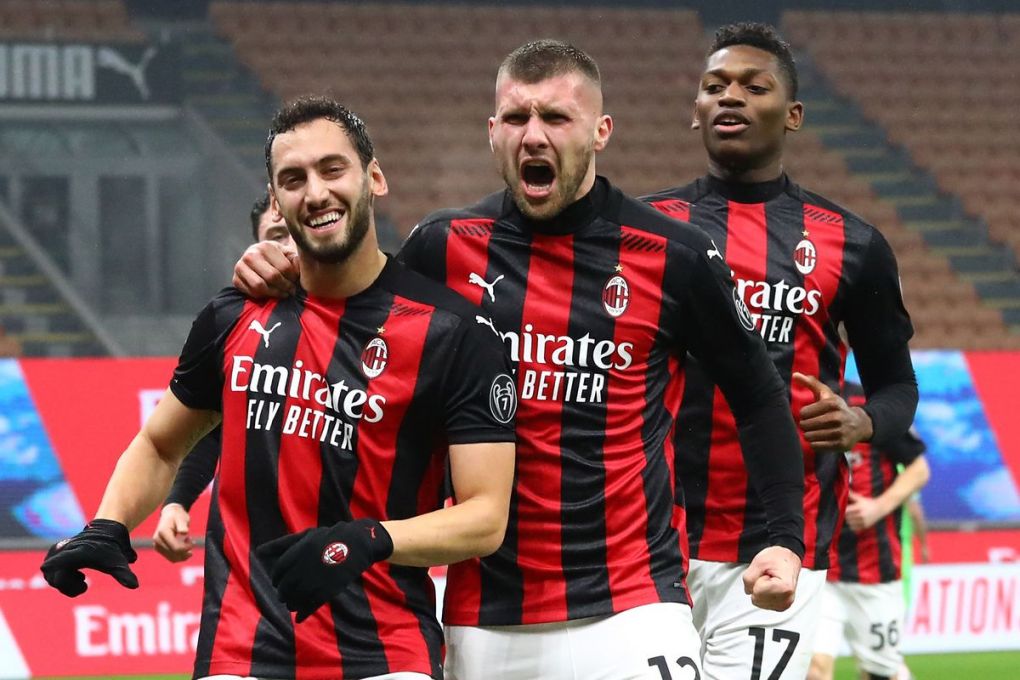 In addition to the duo in attack, Dalot looked very promising when he came off the bench against Parma as he didn’t put a foot wrong. Should he get the chance tomorrow, he will have to build on that positive display.

As for Genoa, their attacking force certainly shouldn’t be underestimated by Milan. Destro is having his best season in a very long time, with 10 league goals, while Gianluca Scamacca is touted as a potential next big thing (five goals).

Therefore, it will be crucial for Milan and especially the centre-back pairing to keep things solid at the back. Goran Pandev is another shout and the Rossoneri certainly don’t want to give him space, should he come off the bench.

Milan have a very strong team available for this game and they desperately want to improve their record home. Pioli revealed that they have studied several situations to improve the performances at San Siro, which hopefully will help.

Having said that, even with an improved attitude, Genoa are no easy side to face and you can expect it to be a hard-fought game. In the end, though, the Rossoneri should come away with all three points.

READ MORE – Pioli highlights ‘desire’ to win at home and assures: “We only think about our game”