Following the heavy loss against Lille, Milan will be looking to get back to winning ways this weekend, taking on Hellas Verona at home. In fact, it will be an important test to see where the Rossoneri stand.

Stefano Pioli’s side failed to extend their unbeaten run on Thursday evening as it came to an end after an impressive 24 games. Lille were simply too good, scoring three goals past Gigio Donnarumma, while Milan didn’t deliver.

In his pre-match press conference, the manager defended his team and made it clear that they have the qualities required to bounce back. As Sassuolo drew last night, they are guaranteed league leaders even in the event of a loss tomorrow.

Unlike previous games this season, Pioli won’t have to deal with several injuries, as Davide Calabria and Alexis Saelemaekers have recovered after missing out against Lille. The only player still in the pits is Mateo Musacchio, who wouldn’t play anyway.

Saturday’s edition of La Gazzetta dello Sport reported that it will be a 4-2-3-1 with Davide Calabria on the right, Simon Kjaer and Alessio Romagnoli the centre-backs and Theo Hernandez on the left protecting Donnarumma.

Sandro Tonali got some game time against Lille but will once again return to the bench. Franck Kessie will play from the first minute once again alongside Ismael Bennacer, with the latter really highlighting his importance in recent weeks.

In the forward department, Alexis Saelemaekers and Rafael Leao will be on the right and left flanks respectively, with Hakan Calhanoglu the playmaker behind Zlatan Ibrahimovic. Ante Rebic, as Pioli confirmed during the presser, isn’t quite ready yet.

Hellas Verona were certainly the surprise team last season, finishing in 9th place with 49 points after achieving many good results. Ivan Juric’s men have continued to do well to this season, despite losing a few important players such as Matteo Pessina.

They have three wins, two draws and one loss, although it should be noted that one of the wins was awarded off the pitch (0-0 against Roma turned into 3-0). It won’t be an easy ride for Milan, therefore, who now are under pressure to win.

Verona are currently on 11 points in 7th place, hoping to compete for a Europa League spot this season after narrowingly missing out last term. In their team, there are a few familiar faces, such as Nikola Kalinic.

The Croatian joined the Bentegodi side from Atletico Madrid this summer and is yet to score a goal for the club. Looking at his performances, though, he has been a bit unlucky and the opening strike most likely isn’t far away.

In recent years, Milan’s success against Verona has shifted from game to game, drawing the last game at San Siro (1-1) but winning the one prior to that by 4-1. At the Bentegodi, Verona have prevailed in two of the last three games.

The Rossoneri, as mentioned, drew the last encounter with Verona after Calhanoglu equalised with a deflected free-kick. They had chances to win the game, but ultimately failed to score the decisive goal.

Taking Milan’s form into consideration, as well as Verona’s positive start, it’s a tough game to call and it will be interesting to see how this one goes. On the other hand, Verona haven’t won away from home since January, which is a really poor record.

➤ Three of the last seven Serie A meetings between AC Milan and Verona have been drawn, with each side winning twice in that run.

➤ Verona are the opponent that AC Milan have faced the most at home in Serie A without ever losing: 16 wins and 12 draws in 28 matches for the Rossoneri.

➤ AC Milan have scored in each of their last 26 league games, they could equal their second-longest streak in the Italian top-flight (27 matches in 1949).

➤ AC Milan have always scored the first goal of the match in the current Serie A season: only twice in their history they netted the opening goal in each of their first seven Serie A matches (1970/71 and 2003/04).

➤ Verona’s last win on the road in Serie A was in January 2020 (2-0 v SPAL): indeed they’ve picked up only eight points in their last 13 away games in the competition.

➤ AC Milan have conceded the highest ratio of goals from set-pieces in Serie A this season (80% – 4/5) – on the other hand, Verona are the only team that haven’t yet conceded a goal from set piece.

➤ AC Milan (five) and Verona (three) have conceded the fewest goals in Serie A this season – this will be also the match among the two goalkeepers with the best save percentage this term (88.5% for Marco Silvestri and 84.6% for Gianluigi Donnarumma).

➤ Prior to Zlatan Ibrahimovic, the last AC Milan player with at least seven goals in the Rossoneri’s first six seasonal Serie A matches was George Weah in 1996 – only three players have netted more in AC Milan’s first seven league matches: Gunnar Nordahl (1950 and 1955), Marco van Basten (1992) and Andriy Shevchenko (2003).

➤ AC Milan’s Hakan Calhanoglu has scored two goals in three matches against Verona in Serie A, both at San Siro.

➤ Verona forward Nikola Kalinic has scored only one goal in five Serie A matches against AC Milan: in February 2017 with Fiorentina.

For Milan, it will be very interesting to see how Ibrahimovic will respond to the mid-week defeat. He was subbed off in the second half and will surely be keen on bagging at least one goal, helping his side bounce back.

In addition to the Swede, Bennacer is a player to keep an eye on tomorrow evening, back from start after getting some rest against Lille. His importance is undeniable, completely changing the Rossoneri’s approach with his vision and passing. 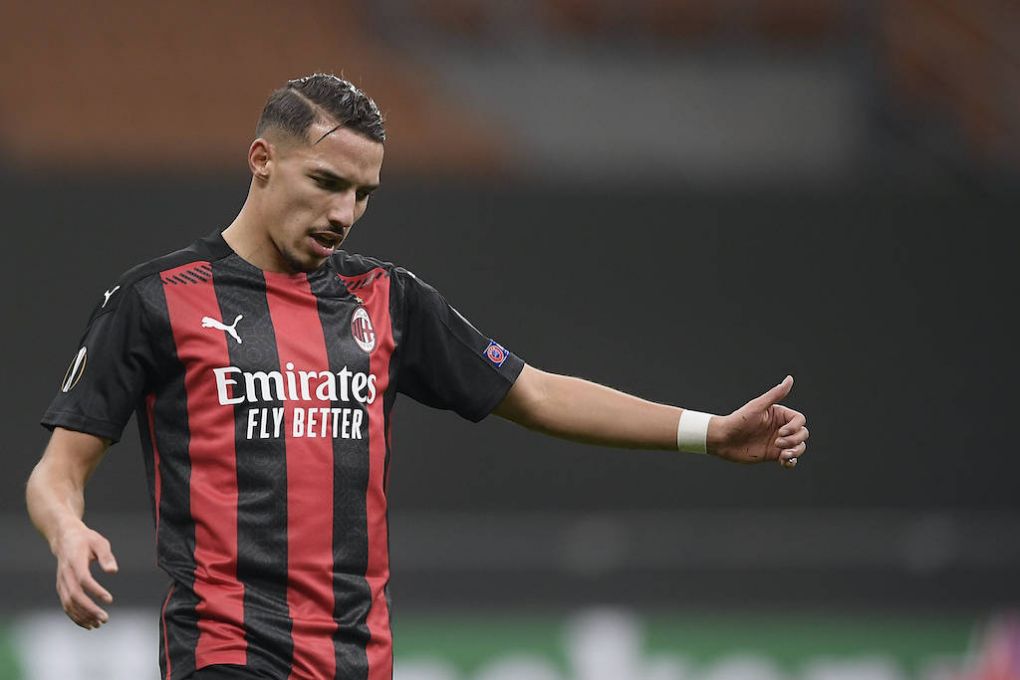 As for Verona, Milan should be extra careful with Antonin Barak. The Czech international bagged a brace to secure the win against Benevento (3-1) last time out, free to roam as he wishes in his advanced role behind Kalinic.

Of course, an extra eye should also be kept on the striker, who will be looking to get off the mark with his new club. He was often criticised at Milan and what better than to score a goal against them as revenge.

Milan are the favourites to take home the victory but the mid-week defeat has inevitably had an effect on them, it just remains to be seen if it’s positive or negative. Based on reports from Milanello, they are determined to win the game.

As long as the Rossoneri get things right, which they didn’t against Lille, they should be able to claim all three points. Ibrahimovic will be hungry for goals and so will his teammates.