AC Milan managed to beat Roma last weekend but their confidence was dealt a blow earlier this week, only getting a draw against Porto. But they will still be well up for tomorrow’s game against their city rivals Inter.

The Rossoneri’s start to the season has been entertaining, to say the least, but there have inevitably been some downs amid the Champions League participation. They will have to put the latter to the side, though, and focus on the positive tomorrow.

Stefano Pioli has stated in his pre-match press conference that his players are ready for the game and that they will do everything to get the win. He seems confident, in short, and that is a good sign ahead of what’s to come.

In the last few weeks, the injury situation has improved massively for Milan and that is a nice boost ahead of such an important game. Ante Rebic, who has been out since the Gellas Verona game, has now recovered and will be called up.

The same goes for Alessandro Florenzi, who has been training with the squad this season. Fode Ballo-Toure wasn’t included in the squad mid-week due to the stamp he received against Bologna, but the trauma won’t stop him from playing the game tomorrow.

Theo Hernandez is suspended and that can definitely be considered a blow for Milan, who often rely on the runs of the Frenchman. Ballo-Toure has improved, though, and it will be a big chance for him to shine tomorrow. 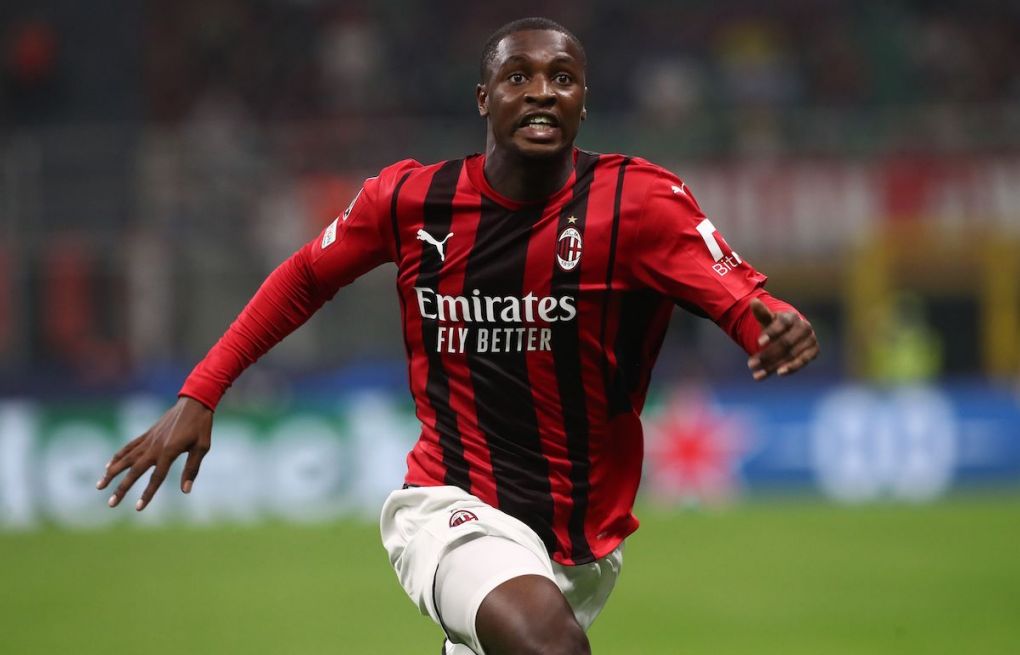 Compared to the mid-week game, there should be at least four changes and all of them are expected ones. As said, Ballo-Toure will replace Hernandez on the left-hand side of the defence, while Simon Kjaer will partner up with Fikayo Tomori in the centre.

Ismael Bennacer made a crucial mistake against Porto and will be rested for the game tomorrow, with Franck Kessie taking his spot. This also means that the boyhood Milan fan Sandro Tonali will get to play the derby from start, ready to give everything as we have seen at the start of this season.

Up front, Zlatan Ibrahimovic is ready to start after getting some rest mid-week, although he came on in the second half. Olivier Giroud wasn’t very successful in open play and perhaps the Swede can improve that for Milan. It’s also possible that Krunic could start instead of Diaz, who isn’t 100% yet.

UPDATE: Diaz could start on the right, replacing Saelemaekers.

As Antonio Conte decided to leave Inter at the end of last season, the Nerazzurri went ahead and hired another top coach, namely Simone Inzaghi. It was a decision that made a lot of sense, given that Pippo’s brother also uses the 3-5-2 formation.

Although Inter haven’t started the season as well as Milan, they haven’t exactly disappointed either with only one loss in the opening 11 games (7 wins). They lost a few key players in the summer and Inzaghi admittedly isn’t on Conte’s level just yet.

They have scraped up seven points in their Champions League group, which is better than’s the Rossoneri’s record, but the opponents are also weaker. In short, Inter’s start to the season has pretty much been as expected.

Inzaghi doesn’t have any absences to worry about, meaning he will be able to field quite a strong XI tomorrow evening. There is a familiar face in there, namely Hakan Calhanoglu, who left Milan on a free transfer this summer to join the rivals. 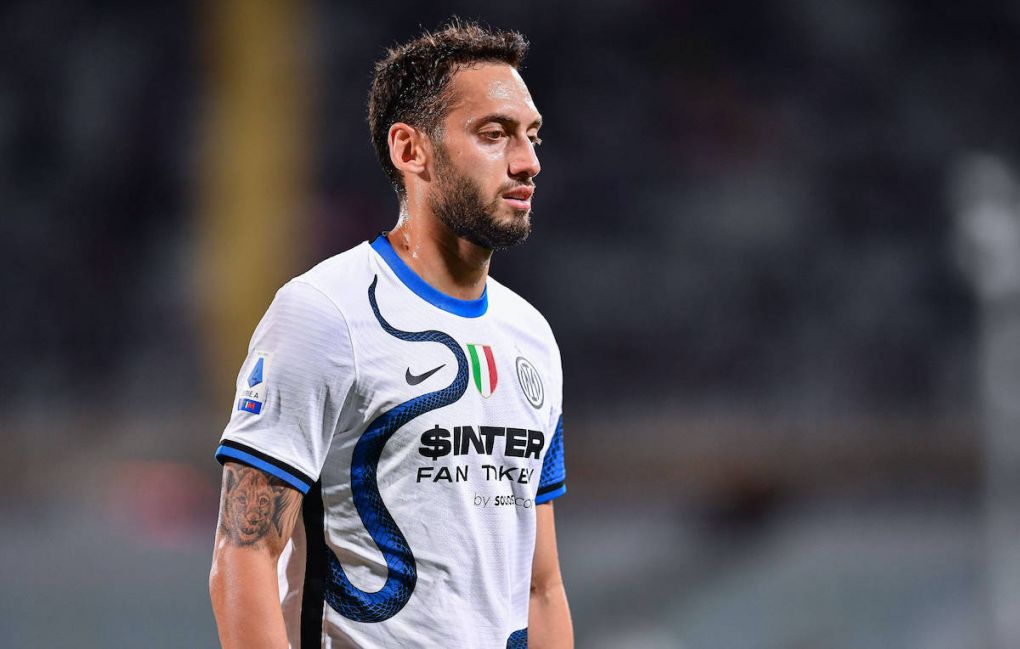 It’s obviously a very special fixture for both sides and securing the win means a lot, that’s for sure. In the last few years, Inter have come out on top more often than Milan, who have failed to win in their last five home derbies.

Furthermore, the Nerazzurri have won five of their last six clashes against the Rossoneri, with the latter’s win coming in the first leg of last season. In other words, it’s clear that Pioli’s men have a trend to reverse here.

As mentioned, Milan won the first leg last season but they did, however, lose the return leg as Inter put three goals past them. It was a very poor display from the Rossoneri who never recovered from an early goal.

➤ Inter have scored the most Serie A goals against AC Milan (246 in 174 meetings), while the Rossoneri have lost 67 such matches against the Nerazzurri: against no other side have they suffered more defeats in the competition (level with Juventus).

➤ AC Milan have lost their last three Serie A Derbies at home; only once in their Serie A history have they lost more successive such matches – each of the first five in the competition between 1929 and 1934.

➤ AC Milan will play a Serie A Derby with at least seven more points than Inter for the first time since November 2016 – back then, Montella’s AC Milan had eight more points than the rivals, managed by Pioli (the match ended 2-2).

➤ AC Milan have won 10 of their opening 11 Serie A matches for the first time in their history, including the last seven in a row – they last won eight league successive games in September 2006 (nine under Carlo Ancelotti).

➤ No player has received a red card in the last 15 Serie A Milan Derbies, after 11 players had been sent off in the previous 11 such matches

➤ Inter’s Edin Dzeko has scored five Serie A goals against AC Milan, four of these at the Meazza Stadium – since his debut in the competition (2015/16), he has scored the most goals in away matches against the Rossoneri in Serie A.

➤ AC Milan are Joaquín Correa’s favourite target in the Italian top-flight (four goals): he has scored a brace in each of his last four league games in which he found the net, including two goals against the Rossoneri for Lazio in April 2021.

For Milan, you could argue that the performance as a whole will be the key to beating Inter tomorrow evening. They cannot afford to make the mistakes they have made in the Champions League, so the players will have to stay focused.

One man that will do everything to keep them focused is Zlatan Ibrahimovic, who loves to play the derby. He will be crucial for the Rossoneri not just attacking-wise, but also in terms of energising the team and leading the youngster in such a huge game. 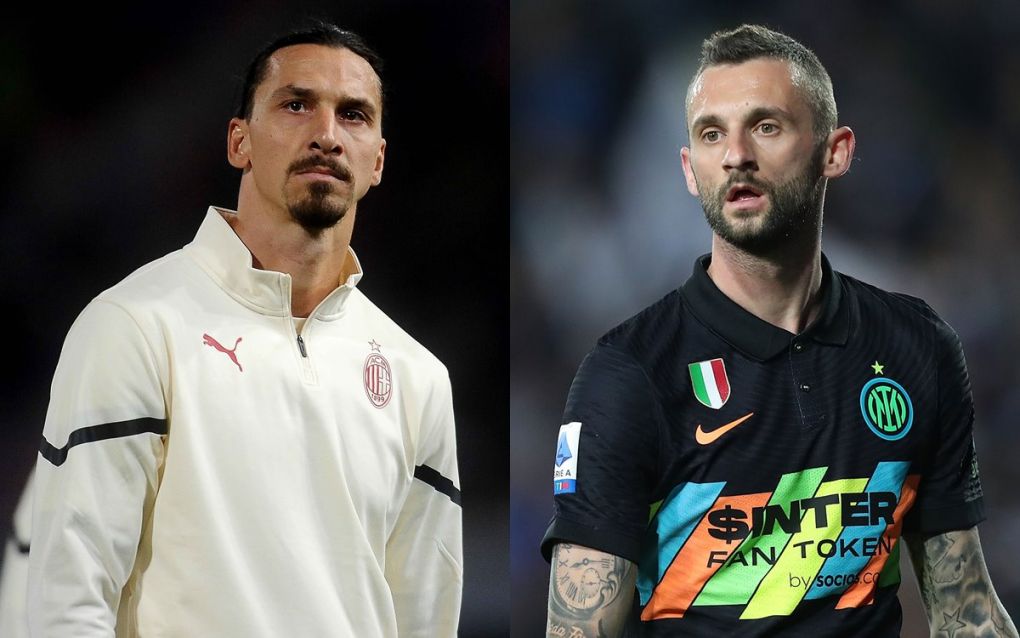 In addition to that, Milan will have to neutralise Brozovic at the centre of the pitch, seeing as he’s the motor of this Inter side. He’s very good at setting up his teammates and his passes could turn out to be lethal to the home side.

Then, of course, the attackers will also be very important for Inter. In short, every battle on the pitch could decide the game and that is what will make this game so interesting to watch.

Milan have struggled in the derby recently, there’s no doubt about it, but the start they have had to the season has only confirmed their growth. Therefore, I believe they have a very realistic chance of winning tomorrow.

READ MORE: Pioli assures Milan are ‘ready’ for derby vs. Inter and reveals XI has been decided