Milan managed to clinch what could be a crucial away goal in the clash against Man Utd on Thursday evening, scoring the equaliser through Simon Kjaer. They will be eager to get another good result on Sunday, taking on Napoli.

Despite the injury crisis, playing without six potential starters, the Rossoneri did well at Old Trafford and could perhaps have got more than one point. Luck wasn’t on their side, though, and in the end the draw was a good result.

In his pre-match press conference, Stefano Pioli shared his thoughts on the big game against Napoli and what needs to be done to win. He also made it clear that their home record needs to be improved.

Several players were forced to sit out the Europa League clash mid-week but fortunately, Pioli will have a few back for this one. Theo Hernandez and Hakan Calhanoglu returned to training yesterday, while Ante Rebic also is set to recover in time.

Ismael Bennacer, Zlatan Ibrahimovic, Mario Mandzukic and Alessio Romagnoli are still injured and will miss the clash tomorrow. In addition, Davide Calabria will sit this one out with a minor injury. Pioli isn’t quite out of the woods just yet, in other words.

According to Sky Italia, there will be a few changes to the starting XI that took the pitch against Man Utd. Fikayo Tomori and Simon Kjaer, the goalscorer, will keep their spots at the back after a good performance last time out. 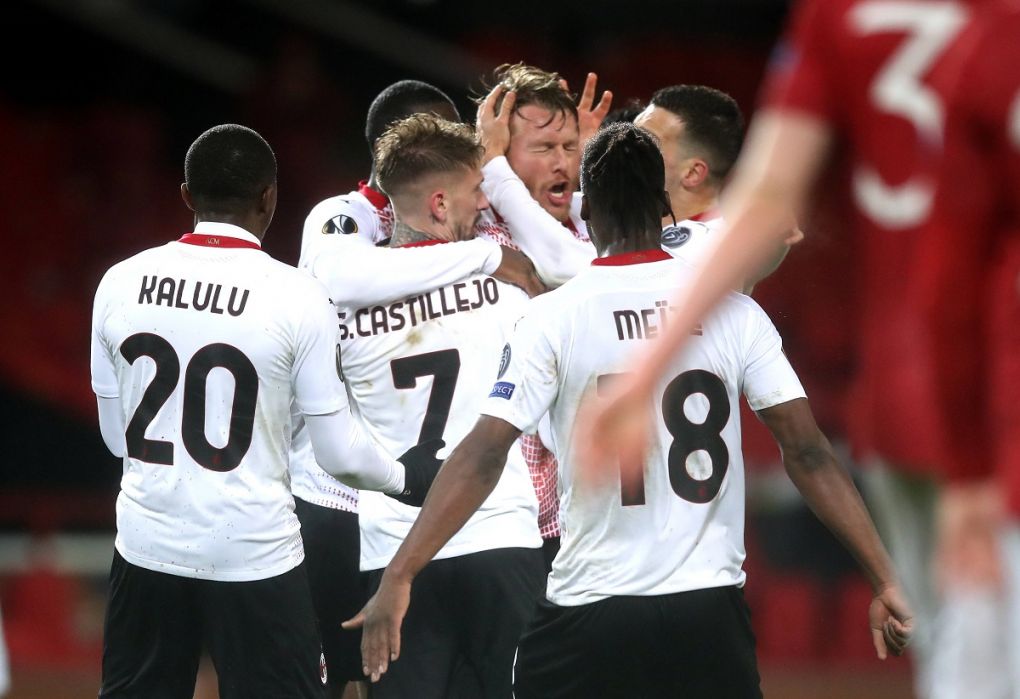 Romagnoli isn’t quite fit to play, as mentioned, but it’s also clear that Kjaer and Tomori have done very well together. Hernandez is back, as mentioned, and will thus replace Diogo Dalot who will move to the right instead.

Sandro Tonali was given some rest against Man Utd and but it seems that won’t be the case tomorrow. Soualiho Meite played his best game since arriving at the club and if he comes on, he will surely be looking to build on that.

The other changes will take place in the attacking trio as Calhanoglu is expected to be ready for the game, while Samu Castillejo will start in the league again. This means that Brahim Diaz and Alexis Saelemeaekers will sit on the bench.

Krunic played well yet again on Thursday evening as he provided the assist for Kjaer, while also adapting to the left-wing role well. And so, even with Calhanoglu back, he will get another chance to prove his qualities.

Napoli’s season has been characterised by many ups and downs and uncertainty with regards to the future of Gennaro Gattuso. Several times, his position has been questioned, only for the club to end up defending him.

They got eliminated from Europa League in the round of 32 despite facing Granada, a team they are arguably much better than. In the league, they have done a decent job with 47 points in 25 games (one game in hand, vs. Juve).

However, the feeling is still that they could have a lot more out of their season, mixing good results with shaky performances and sometimes lack of ideas. Their squad might be a tad overrated, but they should really be higher up in the standings.

In their last four games, the Partenopei managed three wins, one draw and one loss, most recently beating Bologna by three goals to one. With the game in hand, therefore, they are certainly well-placed to get a top-four finish. 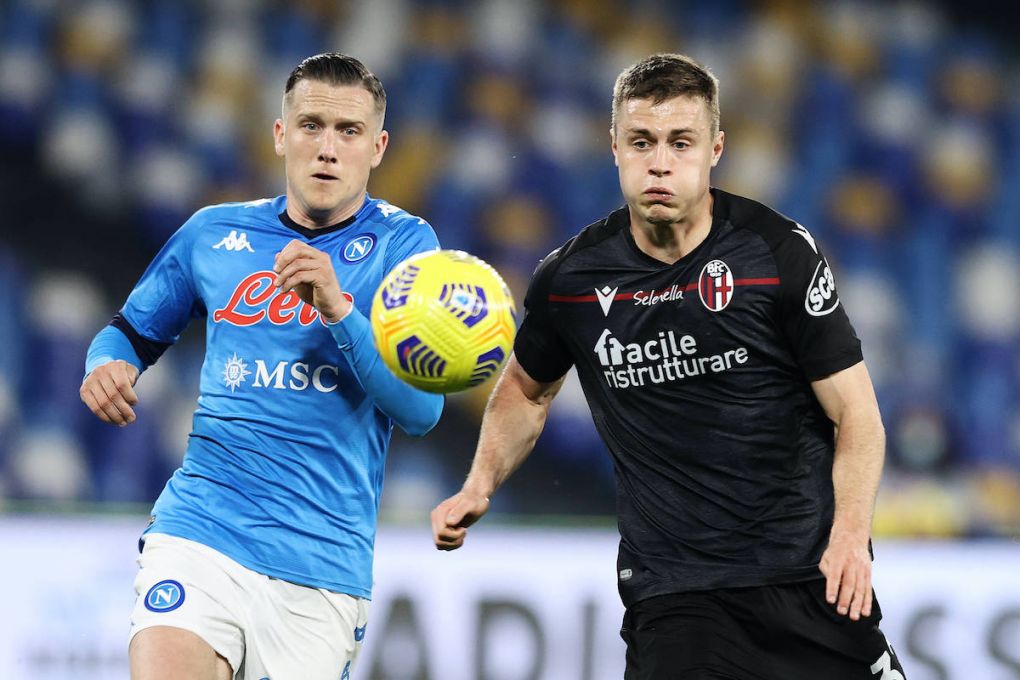 Gattuso will have to do without target man Andrea Petagna and Fazio Ghoulam, who is injured long-term and will miss the rest of the season. Furthermore, Hirving Lozano, Kostas Manolas and Amir Rrahmani will also miss out.

The three injuries just mentioned sort of came in the last minute, changing Gattuso’s plan a bit. The expected XI is certainly a strong one, though, and it will be a tough game for Milan either way.

Milan, as said, will be looking to build on their positive week but it won’t be easy to claim all three points tomorrow evening. Judging by the stats, they have struggled to do so with three consecutive draws at San Siro vs. Napoli.

In the reverse fixture, the Rossoneri got the job done in style as they secured a 1-3 win, courtesy of a Zlatan Ibrahimovic brace and a late goal from Jens Petter Hauge. Daniele Bonera was the caretaker as Pioli was out with COVID for that game.

Back then, Pioli (Bonera) had his full-strength XI available and that really showed as the win was never really in huge doubt for his side. Of course, the Rossoneri have got accustomed to not always playing with all of their key players, which is a good thing.

If anything, it has made them stronger and tomorrow’s game will be very interesting. Should Milan win, it will be the first time they have won both games against Napoli since the 2010/11 season, when they won the Scudetto.

➤ AC Milan are unbeaten in their last four Serie A matches against Napoli (W1 D3) – they last had a longer run against them in 2011 (six).

➤ AC Milan last won both season meetings against Napoli in Serie A in the 2010/11 campaign, when they eventually lifted the trophy.

➤ AC Milan’s last Serie A home win against Napoli was back in December 2014 (2-0 thanks to Menez and Bonaventura’s goals) – since then, they have played out two defeats followed by three draws.

➤ Napoli are winless away from home since January 10th, when they won against Udinese (D1 L4). They last had a longer run without a single away win in all competitions in September 2015 (seven).

➤ Following goals from Dalot and Krunic last time out, AC Milan have now had 15 different scorers in Serie A this season: only Atalanta (16) have had more this term.

➤ No side have conceded fewer Serie A goals in the first half than AC Milan (nine) and Napoli (10, level with AS Roma) this season: AC Milan are the only side yet to concede a single goal in the final 15 minutes of the first half. 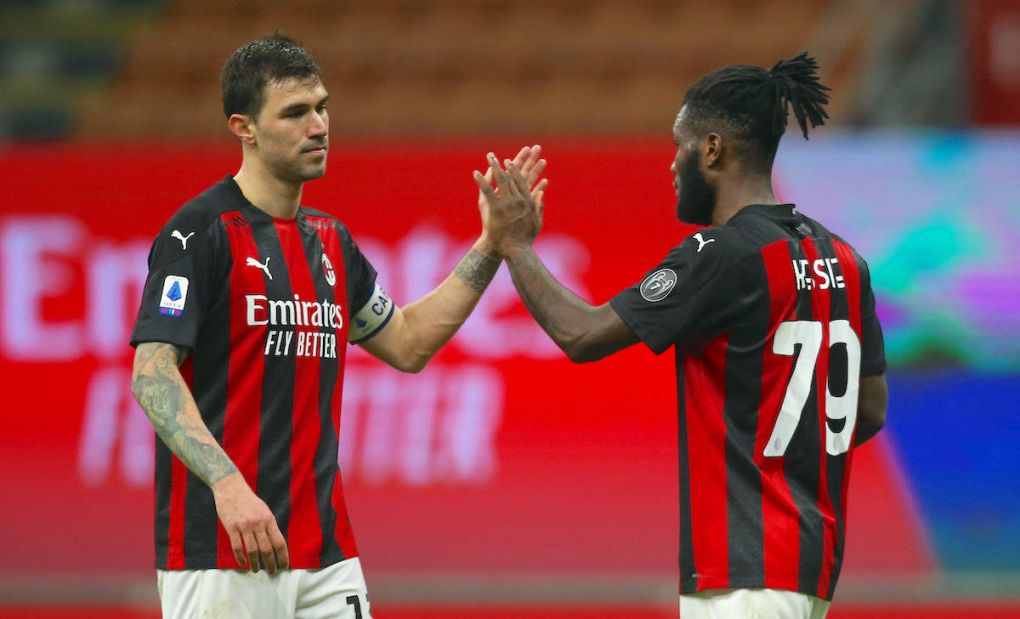 ➤ Only Manuel Locatelli (185) and Jerdy Schouten (179) have made more recoveries than AC Milan’s Franck Kessie among outfield players in Serie A this season: 178 in 25 appearances, while his average of seven per game is his most in a Serie A campaign.

➤ Lorenzo Insigne has scored the joint-most Serie A goals in 2021 (level with Cristiano Ronaldo and Luis Muriel) — the Napoli captain has netted eight goals this year, while he has netted six career goals against AC Milan in Serie A (three at the Meazza).

➤ Napoli’s Piotr Zielinski has been directly involved in 11 Serie A goals this season (six goals, five assists), just one fewer than his current most in a single campaign, recorded back in 2016/17 (12 — five goals and seven assists).

There are still some players left on the injury list but with a few important ones set to return, it’s hard not to name them as the interesting players. Theo Hernandez hasn’t been out for long, but Calhanoglu is a different story.

The No.10 hasn’t really been able to reach the heights of the first half of the season, having contracted COVID at the start of January. Hopefully, he’s better now physically and ready to feed his teammates with some creativity. 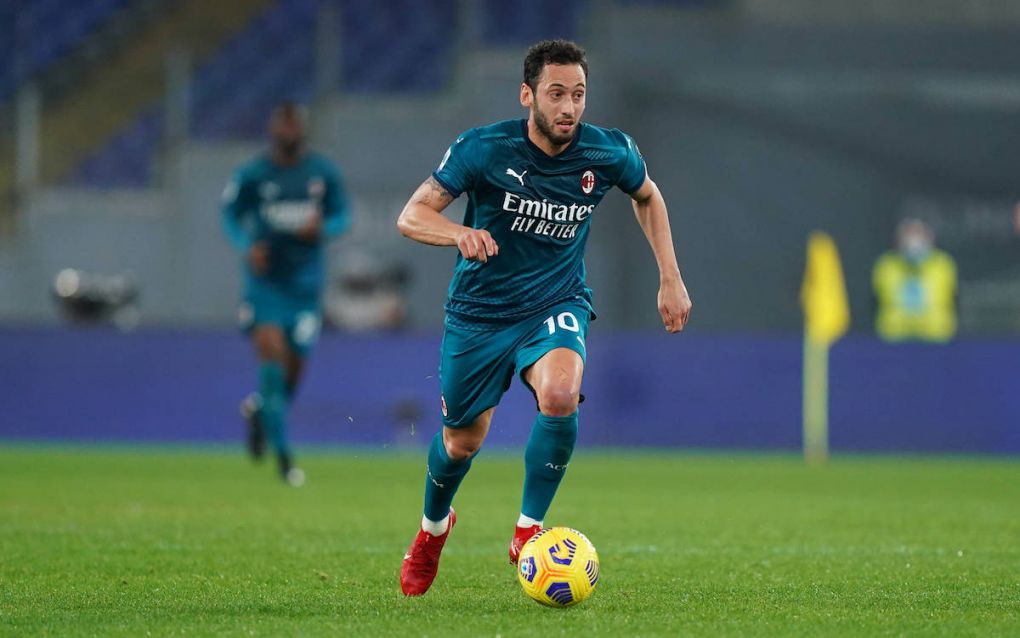 In addition to the Turk, an extra eye should be kept on Krunic as he will get even more trust from Pioli, it seems. His performances have been very good lately and we can only hope that he will continue like this.

As for Napoli, Zielinski has been in red-hot form as of late with two goals and two assists in the last four games. It will be important for Kessie and Tonali to limit the space in between themselves and the defence.

If the Pole gets too much space, he’s extremely dangerous on the edge of the box and he will have some good teammates to feed as well. Osimhen should be kept on close watch by the centre-back duo, as we all know what he can do with his physique.

With the return of a few key players, Milan are certainly in a better position than perhaps expected a few days ago. On the other hand, their poor form at home and the recent results against Napoli suggest that this will be tough.

The injury situation is pretty even between the sides and this makes for an exciting game, in which a lot will come down to the decisions of the managers. As their confidence is at a good level, I believe Milan will snatch the win.