AC Milan will be looking to make it five wins from their opening five Serie A games of the season when they welcome Roma to San Siro on Monday night.

Head coach Stefano Pioli has done exceptionally well to juggle various selection problems brought about by injuries and a mini Coronavirus crisis, with Milan having won eight of eight competitive fixtures to begin the 2020-21 season and continue the good work from last season.

Pioli revealed in his pre-match press conference that he still believes his side can improve in certain areas, and that he is expecting a very tough game from a side similar to his in Roma.

Pioli will not be able to call upon winger Ante Rebic who continues his recovery from a dislocated elbow, while Mateo Musacchio and Andrea Conti are also expected to miss out, with Matteo Gabbia sidelined by Coronavirus too.

The big question mark at the moment is regarding the presence of Hakan Calhanoglu. A number of outlets believe he is recovering faster than expected and could take up a spot on the bench.

Sunday’s edition of La Gazzetta dello Sport (via MilanLive) reported that it will be a 4-2-3-1 with Calabria on the right, Kjaer and Romagnoli the centre-backs and Theo Hernandez on the left protecting Donnarumma, and the Bennacer-Kessie double pivot in front of them.

In the forward department Saelemaekers and Rafael Leao will be on the right and left flanks respectively, with Brahim Diaz the playmaker behind Zlatan Ibrahimovic.

Roma finished one spot above Milan last season after an impressive end to the campaign that saw them win seven of their last eight games, including a 3-1 win over champions Juventus in the final match.

Like Milan they have opted to go with continuity, sticking by their head coach Paulo Fonseca and adding players like Marash Kumbulla and Pedro that they are hoping will carry them to a top four spot along with the usual reliable contributors like Edin Dzeko and Lorenzo Pellegrini.

They currently sit eighth in Serie A at the time of writing having had a turbulent start to the season that saw them awarded a 3-0 defeat in their opening game away at Hellas Verona for wrongly designating Diawara as an U23 player.

A thrilling 2-2 draw against 10-man Juventus followed, but they are back on the right path after wins over Udinese (1-0), Benevento (5-2) and Young Boys (2-1) in the Europa League.

Most of the selection issues ahead of the trip north are in defence, as Chris Smalling has failed to recover from a knee sprain and will miss the game, bit Gianluca Mancini will be available after some confusion over a potential positive COVID test.

Amadou Diawara is also out as he continues to observe quarantine rules, with the general consensus among the media that Fonseca will use a 3-4-1-2 with Pedro and Mkhitaryan behind Dzeko.

Roma have been a difficult opponent for Milan in recent years, as they have won just eight of the last 32 competitive fixtures between the two clubs, losing 14 and drawing 10.

They ran out 2-0 winners at San Siro last season in the same fixtures as Ante Rebic and Hakan Calhanoglu did the damage in a game that was very tight until the final 20 minutes.

Milan also won 2-1 in this fixture the season before, but before that you would have to go back to the 2014-15 season to find the last time Milan beat Roma at home.

➤ After a streak of four consecutive defeats, Milan have won three of their last five Serie A matches against Roma (D1 L1), including a win in the most recent encounter, in June 2020.

➤ Milan have won 75 of 170 Serie A matches against Roma, a record for the Rossoneri against a single club in the Italian top flight.

➤ Milan have won their last two home Serie A games against Roma; the last time the Rossoneri won three consecutive matches against the Giallorossi at San Siro was back in 1996, under Fabio Capello.

➤ Milan remain the only side with a 100% record in Serie A this season – only three times in their history have the Rossoneri won their opening five matches in a Serie A season, doing so most recently in 1992/93.

➤ No team has won more matches than Milan across the top five European leagues since football restarted post lockdown (13, alongside Real Madrid). The Rossoneri have also played the most games in this period (16) without ever losing.

➤ Roma have won only one of their last eight away Serie A games played in Lombardy (D4 L3), a 3-0 victory against Brescia last July.

➤ Milan have scored the opening goal in all four of their Serie A matches this season, whilst Roma have conceded the first goal of the match only once, in their most recent game against Benevento.

➤ Pedro has scored in each of his last two Serie A games; the last time he found the net in more consecutive league matches was in 2011 with Barcelona – Pedro could become the first Spanish player to score in three consecutive Serie A appearances for Roma in the three points for a win era.

➤ Roma’s Jordan Veretout has scored five goals in his last six league appearances, with four coming from the penalty spot. However, none of these goals have come away from home.

For Milan, all the eyes will of course be on Zlatan Ibrahimovic to see if he can haul Milan to another win over a European rival just as he did against Inter, but attention should perhaps be directed to the rearguard again.

After an outing against Inter which was one of the toughest possible games the return in, Alessio Romagnoli was much better against Celtic and will be looking to prove he has fully recovered and is mentally sharp when he faces his old side, of course with the help of his centre-back partner Simon Kjaer. 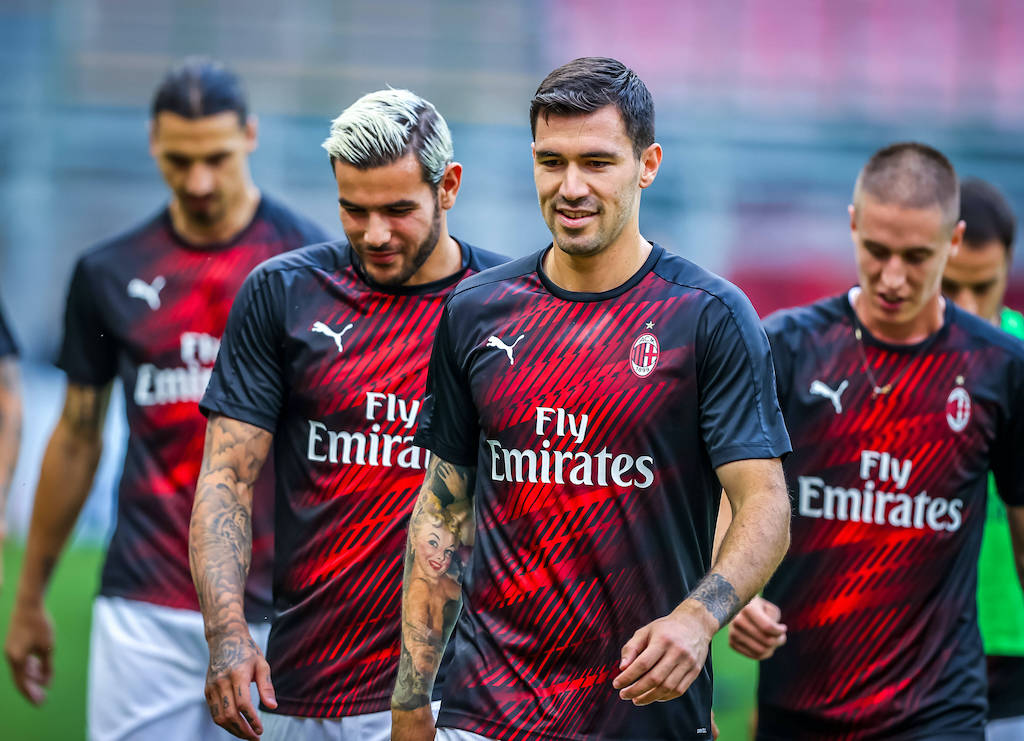 As for Roma, a number of their key performers are hitting form at the right time as Mkhitaryan, Dzeko and Veretout have all started the season well.

The one worth watching though will be summer addition Pedro, who has two goals already in Serie A and has the difficult task of replacing the production of Nicolo Zaniolo, who will miss the best part of a year with an ACL injury.

Milan should be looking to continue their incredible run of positive results on Monday night if they are serious about a top four finish, but to expect an easy win against a well-drilled and exciting Roma side would be a bit much.

The hope is that the Diavolo can keep their own trend of fast-paced, high intensity football going and continue their growth process, and a win would certainly be a huge boost for confidence as they would go four points clear at the top.