Milan got the job done ahead of the international break with the win at Fiorentina, turning a deficit into a win in just one half. And 12 days later, they are preparing to take on Sampdoria at San Siro.

Stefano Pioli’s men bounced back from two consecutive defeats (Napoli and Man Utd) with the crucial win against Fiorentina. After struggling to score prior to the game, they decided to send a signal as they bagged three goals.

In his pre-match press conference, the manager spoke about the season finale and he also discussed how many points they need from now until the end. Certainly, it’s clear that his squad is very motivated.

After what has been several months of many injuries, on key players as well, things are looking up although Milan still have four, potentially five, players are sidelined. They are Davide Calabria, Alessio Romagnoli, Mario Mandzukic and Rafael Leao, while Brahim Diaz is in doubt.

Ante Rebic has been working hard during the international break and will be available for the game, even set to play from the first minute. Judging by what we have seen in training, he could be crucial for Milan tomorrow.

In addition to the Croatian being back, Zlatan Ibrahimovic managed to stay healthy while on duty with Sweden and he remained on the bench on Thursday evening. Hakan Calhanohlu also looked very good with Turkey, seemingly back in form.

According to the latest reports, there will be a few changes to the starting XI that took the pitch against Fiorentina. Fikayo Tomori, as would expect, will keep his spot along with Simon Kjaer in defence. The latter played a lot for Denmark but hopefully, he’s ready. 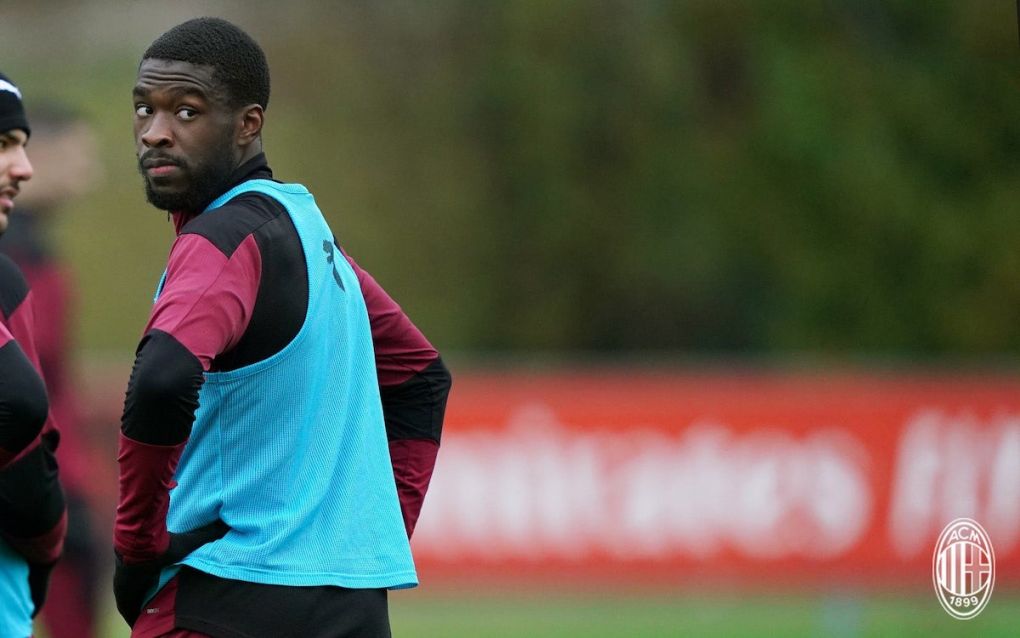 Gabbia would be the option at the back, but he also played two games for Italy’s U21 so it’s not clear if it will make a difference. Obviously, just after the international break, there are some doubts about most of the returnees.

Diogo Dalot didn’t have the best of days against Fiorentina and despite playing a lot for Portugal’s U21 side, he’s ahead of Pierre Kalulu for the right-back spot. Hopefully, he can make amends for his performance last time out.

Ismael Bennacer came off the bench La Viola and also played some for Algeria, thus set to start the game alongside Franck Kessie in the tandem. Sandro Tonali returned early to Milanello but this was seemingly not enough to earn him a spot.

It seems Pioli will opt for Alexis Saelemaekers rather than Samu Castillejo, which makes sense considering the Belgian didn’t feature that much for his national team. Having said that, Castillejo did score in the reverse fixture, which is worth noting.

Update: Saelemaekers will start in the right-back position and Castillejo will be at RW.

Sampdoria have had a mixed season but just looking at the standings, it must be said Claudio Ranieri has done a good job. He arrived in the middle of last season and has been able to stabilise the team, although it isn’t always the most beautiful football.

They are currently in 10th place and they are just four points away from the 8th-placed team, Sassuolo, although the gap is clear after that. They also have more than a few teams lurking in the background, hoping to leapfrog the Genoa side.

Ranieri’s side are responsible for two upsets this season, against Atalanta and Milan’s city rivals Inter, winning 3-1 and 2-1 respectively. When things work out for them, they are very hard to break down and they can threaten on the counter-attacks.

In their last five games, however, they have mustered up just one win and that was against Torino last time out. The rest are two draws and two losses, though they managed to find the back of the net in all of these games but one. 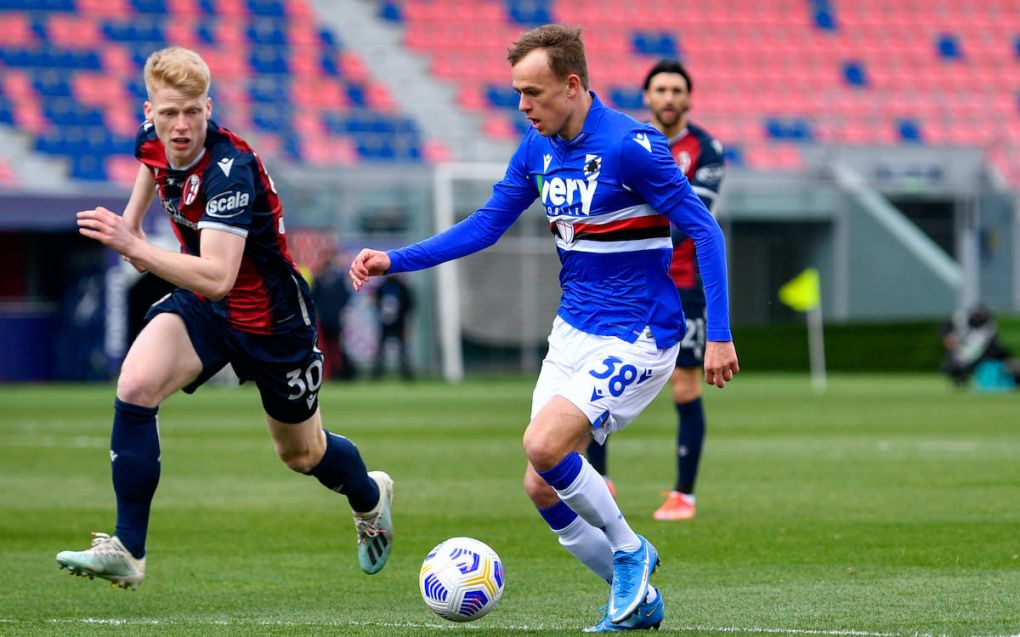 Raniere will have to do without Albin Ekdal and Ernesto Torregrossa tomorrow but other than that, his squad is fit. It’s not as bad as Milan’s situation, in other words, but they also don’t have the same depth as the Rossoneri.

Antonio Candreva is expected to play from the first minute and from his derby days, we all know what he can do against Milan. It will be important for the defence to limit his space, therefore, while also keeping tabs on the opposite man Jakub Jankto.

Milan want to continue on the positive spell they have had since before the break and tomorrow’s clash is a perfect opportunity. Based on the stats, they haven’t exactly had any major struggles when facing the Genoa side at home.

In the reverse fixture, though, the Rossoneri had to fight hard to get the three points as both sides created many dangerous chances. Milan found themselves with a 2-0 lead thanks to goals from Kessie and Castillejo.

It could have been even worse, as Samp missed a great chance to equalise in the final seconds, having pulled one back shortly after the Rossoneri’s second goal. Hard-fought, in other words, but that was expected from the away trip.

Hopefully, the story will be a bit different at San Siro as Milan really need to assert themselves at home. They have done better on the road this season and while that is okay, the difference in the results between the two is not.

➤ AC Milan have lost just one of their last seven home Serie A matches against Sampdoria (W4 D2), drawing 0-0 in the most recent in January 2020 – a match in which Zlatan Ibrahimovic made his return to the Rossoneri.

➤ AC Milan haven’t won any of their last five home games in all competitions (D2 L3); the last time they went on a longer such run came in December 2013 under Massimiliano Allegri (six).

➤ AC Milan are the team with the largest negative difference between points picked up at home (22) and those gained away (37) in the Top-5 European leagues this season: -15.

➤ Sampdoria haven’t drawn any of their last 20 Serie A matches against sides starting the day in the top two of the table (W5 L15); a 2-1 victory against Inter in the most recent such fixture back in January.

➤ AC Milan have had more Direct Attacks than any other side in Serie A this season (65).

➤ AC Milan (42%) and Sampdoria (36%) have conceded the highest percentage of free-kick goals in Serie A this season. 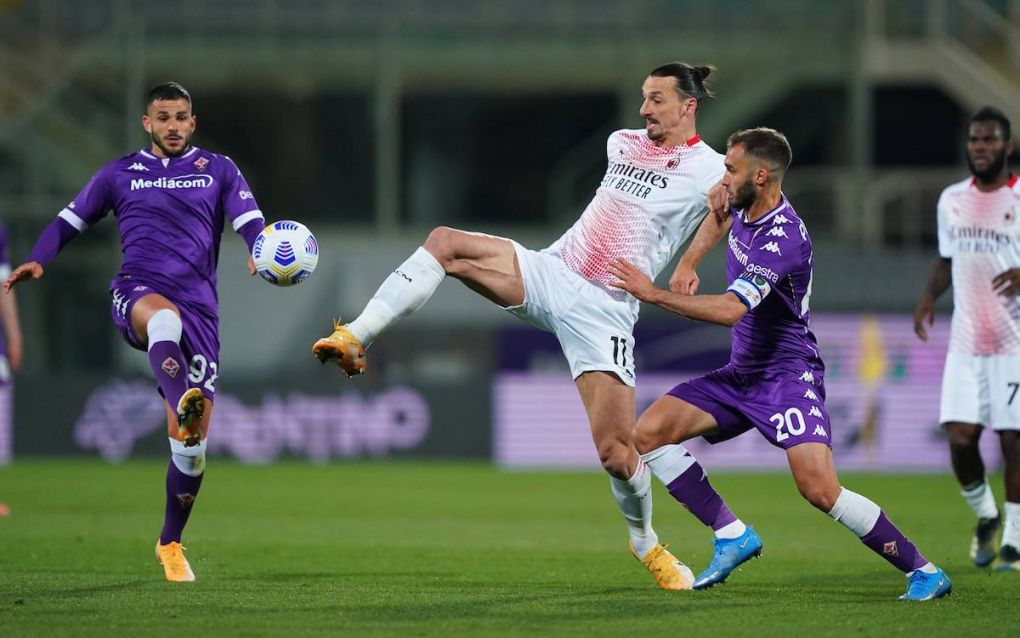 ➤ Post lockdown, AC Milan remain unbeaten in the 14 games in which Zlatan Ibrahimovic has scored in Serie A, winning 12 of these matches: 22 goals for the Swedish striker during this period.

➤ Antonio Candreva has been involved in 11 Serie A goals this season (five goals and six assists), more than any other Sampdoria player. The Italian winger has netted three goals against AC Milan in the top-flight.

It will be interesting to see how Rebic will respond to the mixed performances he has delivered as of late. His two-game ban was reduced to just one and thus he will be available tomorrow, but he has to prove that he deserves to start.

Although Diaz is struggling with a minor injury, he was decent against Fiorentina and it’s clear that Rebic needs to be more consistent. Above all, he needs to keep his cool and not take any more silly red cards. Tomorrow’s game is an important one for him. 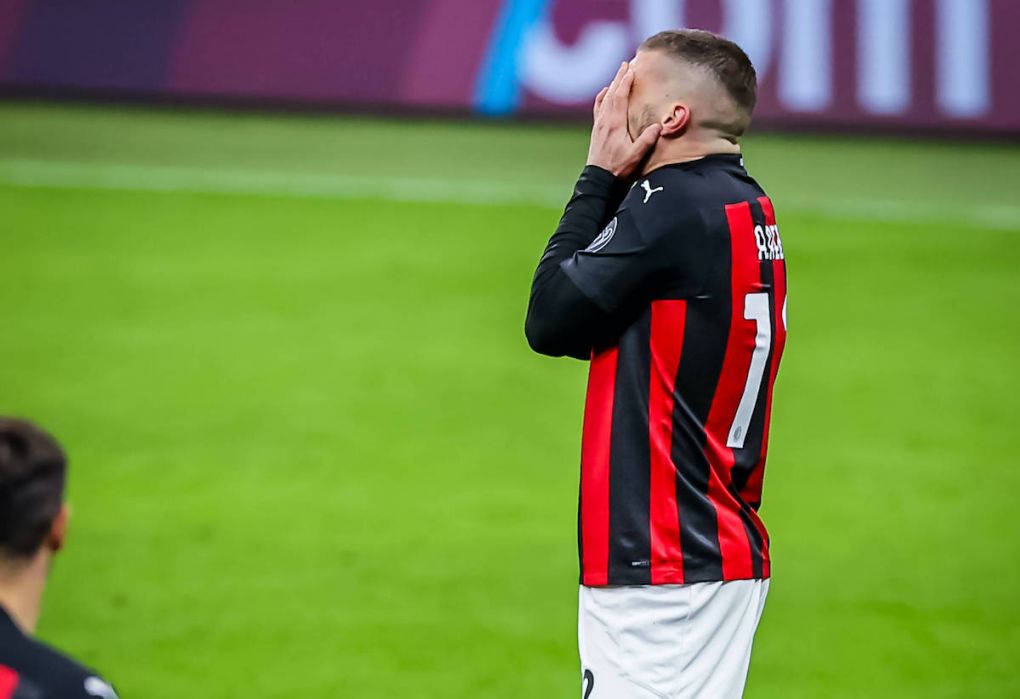 In addition to the Croatian, Calhanoglu still has a lot to prove in the No.10 although he got a goal last time out. If he can perform like he did for Turkey, then he will be very dangerous for the Sampdoria defence and this will be key for Milan.

It’s impossible to think about the Sampdoria squad and not acknowledge Fabio Quagliarella, who still scores even at the age of 38. He has nine goals this season and it will be important not to give his right foot too much space, as he’s lethal with it.

Candreva was mentioned in the stats and knowing him from his time at Inter, it’s clear that he likes to play against the Rossoneri. It will be up to Hernandez to stop him, which shouldn’t be an impossible task for the Frenchman.

After two consecutive losses prior to the Fiorentina win, Milan want to start a trend with this game and put even more pressure on their city rivals Inter. Their starting XI is very strong as well, suggesting they could have a good game.

However, Ranieri’s side have put some big teams in difficulty this season and Milan can’t afford to underestimate them. It won’t be easy, in other words, but the feeling is still that the Rossoneri will win.