AC Milan will be looking to put Wednesday’s 3-1 defeat to Juventus on Wednesday night firmly in the rear view mirror by bouncing back with a win against Torino on Saturday.

A Federico Chiesa brace and a tap-in from Weston McKennie saw the Bianconeri end the Rossoneri’s unbeaten league run at 27 games, but Milan can get back on track with a win at San Siro which would guarantee that they stay top for another round.

Stefano Pioli stressed the importance of showing resilience despite all the selection issues in his pre-match press conference, and there are certainly plenty of them.

Matteo Gabbia, Ismael Bennacer, Alexis Saelemaekers and Zlatan Ibrahimovic are still recovering from their respective injuries and are expected to miss the game, although there is some speculation that the Swede could make the bench.

There is another fresh injury concern for Pioli to juggle though as Hakan Calhanoglu injured his ankle during the loss against Juventus and he will be out, while Rade Krunic and Ante Rebic both have Coronavirus and will miss the game.

As La Gazzetta dello Sport reports (via MilanNews), in front of Gianluigi Donnarumma will be Davide Calabria, Simon Kjaer, Alessio Romagnoli and Theo Hernandez from right to left.

In midfield, Sandro Tonali will partner with Franck Kessie. Samuel Castillejo, Brahim Diaz and Jens Petter Hauge should play in the trident behind Rafael Leao.

Having hired Marco Giampaolo in the summer who had been out of work since his disastrous 111-day spell as Milan boss the previous year, Torino really struggled to begin the season winning just one of their opening 14 games.

They have gone four unbeaten including impressive draws against Napoli and Hellas Verona plus a thumping 3-0 victory at Parma, but the jury is still out on whether Giampaolo is the right man to lead il Toro up the table.

The Granata are in 17th place with a tally of 12 points from their opening 16 games, so they can not afford many more defeats to sap momentum from their relegation fight. 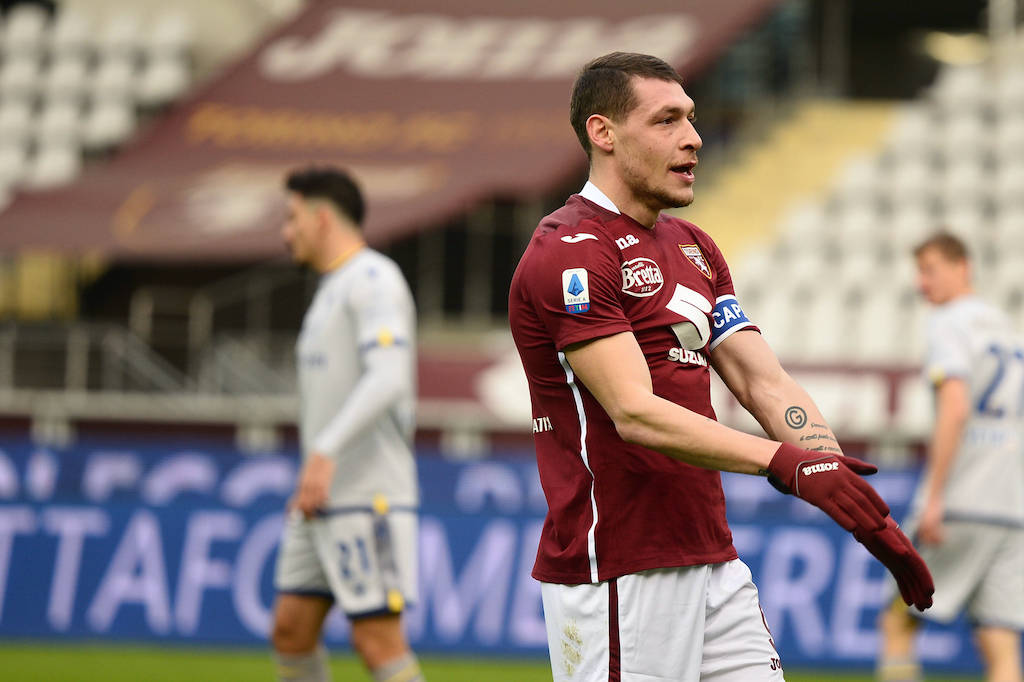 One thing Giampaolo does have over his opposite number and replacement Pioli is a fully-fit squad at his disposal, as midfielder Daniele Baselli is now back from his injury.

Il Toro are expected to line-up in a 3-5-2 formation, with another ex-Milan man in Ricardo Rodriguez at left wing-back and Wilfried Singo on the opposite side.

Reported Rossoneri target Soualiho Meite could come into the midfield, while another played linked with Milan (and a boyhood fan of the club) – Andrea Belotti – should be up front with Simone Verdi who, you guessed it, was also once a Milan player.

Milan actually have a very good recent record against Torino and have won nine of the last 21 games between the two sides, losing just twice and drawing 10 times.

In fact, the Rossoneri have not lost a home league game against Torino in 35 years – since March 1985. They have lost on their last two visits to the Stadio Olimpico di Torino and have failed to win in two of their last three Serie A games against the Granata at San Siro, however.

Last season in this fixture it was a first-half strike from Ante Rebic that settled the encounter, but sadly he will not be available to repeat those exploits.

➤ AC Milan are unbeaten in 23 of their last 25 Serie A meetings against Torino (W12 D11) – however, the two defeats came in the last three matches.

➤ AC Milan are unbeaten in their last 24 Serie A home games against Torino (W16 D8), keeping 17 clean sheets in the process – the last Torino win in this exact fixture was back in March 1985: 1-0 thanks to a Walter Schachner goal.

➤ After the defeat against Juventus, AC Milan could lose two Serie A matches in a row for the first time since November 2019 (v Lazio and Juventus).

➤ Torino won 3-0 their last Serie A away match and could win two such games in a row for the first time since November 2019.

➤ AC Milan have conceded at least two goals in each of their last three Serie A home matches and could record four in a row for the first time since 1950.

➤ AC Milan have conceded seven of their last nine Serie A goals in the second half, five of them in the first 20 minutes after the half-time break.

➤ Among the players currently in Serie A, Franck Kessié has played the most games in all competitions (23) this season.

➤ Torino’s striker Andrea Belotti has scored five Serie A goals at San Siro, only at the Olimpico (six) has he scored more in away matches in the competition.

Eyes will be firmly glued to Tonali for Saturday night’s fixture as he looks to return from suspension with a big performance alongside midfield partner Kessie.

There were some shaky signs from Romagnoli and Kjaer in midweek too, so if they can recover their form and keep Belotti quiet then Milan should have enough at the other end providing Brahim Diaz and Hauge can feed Leao.

Speaking of Belotti, he is undoubtedly the main threat for Torino having amassed nine goals and four assists so far this season already, the most for his team in each category. He also boasts a WhoScored rating (7.62) higher than any Milan player.

To predict that this be a walk in the park given all the selection issues that the team have would be naive and a tad disrespectful to a visiting side just starting to become harder to beat.

However, if Pioli’s men are serious about a comfortable top-four finish and even a title push, this simply has to be three points.