Following the defeat mid-week, AC Milan will be looking to bounce back and simultaneously extend their unbeaten run in the league. However, taking on Atalanta way from home, it won’t be easy.

The Rossoneri have started this season very well and despite two defeats in the Champions League, there is great hope for the remainder of the campaign. Tomorrow, they will have a chance to get some revenge with a win.

Milan have good memories from this fixture and in his pre-match press conference, Stefano Pioli admitted that it will be like a Champions League game. Hopefully, they will come away with all three points.

The injury situation is looking a bit better for Milan, which is a nice boost. Zlatan Ibrahimovic is still recovering from his injury and the same goes for Tiemoue Bakayoko, Rade Krunic and Alessandro Florenzi.

On the other hand, Simon Kjaer will be back in action and should play from the first minute alongside Fikayo Tomori. Furthermore, to make up for Florenzi’s absence, Junior Messias is finally ready to make his debut for the club. 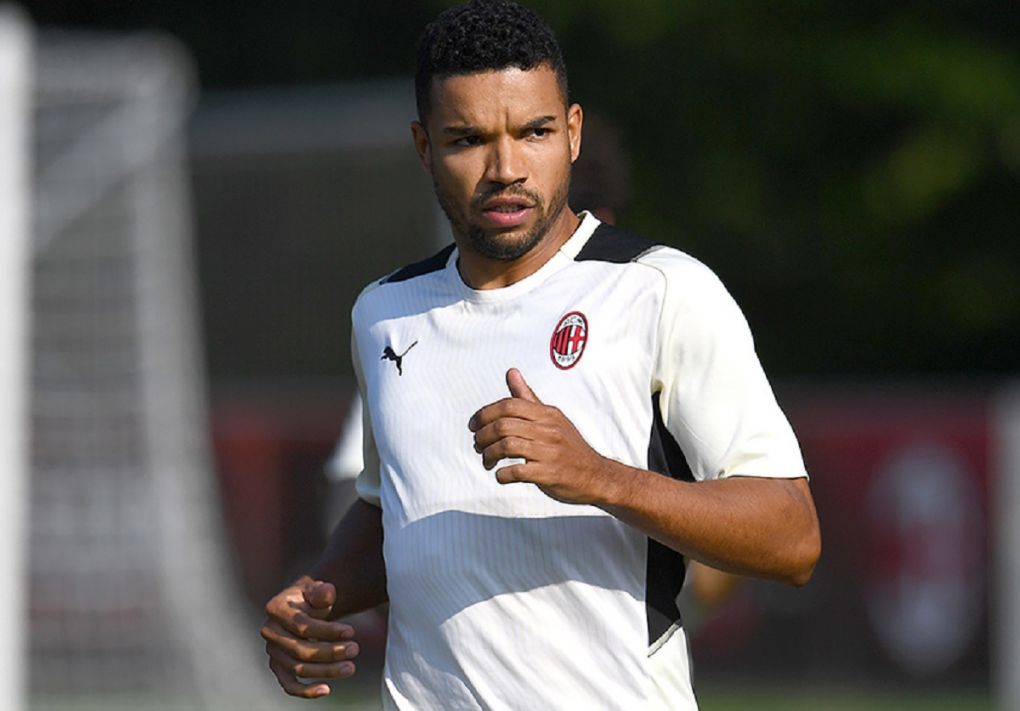 Initially, it seemed Pioli would start Franck Kessie in the midfield as the Ivorian only played 29 minutes mid-week. However, he has decided to go with Ismael Bennacer and Sandro Tonali for the tandem, by the looks of it. The decision is supposedly technical and there isn’t any injury involved.

Further up the pitch, Brahim Diaz and Rafael Leao will look to replicate some of the magic we saw against Atletico Madrid. They will be key to unlocking the Atalanta defence and the same goes for Ante Rebic, who will face the Bergamo side away from home for the first time in his career.

Atalanta’s start to the season hasn’t been as strong as Milan’s, currently in 7th place with 11 points. They started last season in a similar fashion so we should take these opening games with a pinch of salt, but there are some worries for them.

Hans Hateboer got injured in August and still hasn’t returned, which is a big blow for Gian Piero Gasperini given his importance. And for tomorrow’s game, they will also be without the opposite man Robin Gosens, who picked up an injury mid-week.

There were also some concerns regarding the condition of Merih Demiral and Rafael Toloi, but the latest reports suggest that they will be available. In short, though, it’s clear that Atalanta are struggling with a few key absences.

Gasperini is a qualified manager and will surely find a way around this, so the game should be an exciting one anyway. They did well against Inter in the last round as they got a 2-2 draw at San Siro, highlighting how effective they can be.

As already mentioned, Milan have good memories from this fixture fresh in their mind as the 2-0 win that concluded last season secured Champions League qualification for them. Franck Kessie was the big hero as he converted two penalties for the Rossoneri.

On the other hand, if we go back to the 2019/20 season, Pioli’s men suffered that heavy 5-0 defeat against Atalanta. Tomorrow’s clash, therefore, will be yet another opportunity for Milan to show just how much they have grown since that game.

➤ Atalanta have drawn more Serie A matches against AC Milan than they have any other opponent (43 – W25 L52); indeed, six of their last 12 league clashes have ended as a draw

➤ Atalanta and AC Milan haven’t repeated the same result in consecutive meetings in any of their last six Serie A contests, with Milan winning the last in May.

➤ Since Gian Piero Gasperini joined Atalanta (2016/17), he has won just one of his five home league matches against AC Milan, his joint-fewest among sides he has faced at least five times on home soil in Serie A in this time (also one against Juventus).

➤ Atalanta have earned 11 points in their first six league matches this season; they had picked up 12 at the same stage of the competition in the 2020/21 campaign and 13 after six games in 2019/20.

➤ AC Milan have earned 16 points in Serie A this season so far. Should they win this game, they would equal their best start to a Serie A campaign in the three points for a win era after seven games (19 points in the first seven matches in 2003/04).

➤ AC Milan have made the most high turnovers (57) of any side in Serie A this season, also attempting the most shots following such turnovers in the division (13).

➤ Excluding penalties, Atalanta are one of four sides (level with Sassuolo, Udinese and Verona) yet to score from a set-piece situation in Serie A this term. AC Milan, on the other hand, are one of two teams (alongside Napoli) yet to concede from such situations.

➤ Atalanta’s Ruslan Malinovskyi has been directly involved in 19 Serie A goals in 2021 (eight goals, 11 assists), at least three more than any other midfielder; teammate Josip Ilicic is third-highest in this time with 14 (five goals, nine assists).

➤ AC Milan’s Brahim Díaz has scored three Serie A goals this season, just one short of his tally for the whole of last season (in 27 appearances); the Spaniard could find the net in three successive league appearances for the first time in the big-five European leagues in his career.

➤ Franck Kessié, a former Atalanta player, has scored three Serie A goals against the Bergamaschi. The AC Milan midfielder netted two of his four top-flight braces in Bergamo (first against Lazio in August 2016, then against the Nerazzurri last May).

It was hinted in the team news section, but Diaz and Leao will be absolutely crucial for the Rossoneri tomorrow evening. Both did really well against Atletico Madrid and if it hadn’t been for the red card, they could have caused more issues for the Spaniards.

Along with Rebic, they will need to find the right combinations to break down the Atalanta defence. There should be space to work with given that the Bergamo side like to attack, which often involves their centre-backs moving forward. And Rebic, as we know, lives for the big games this season. 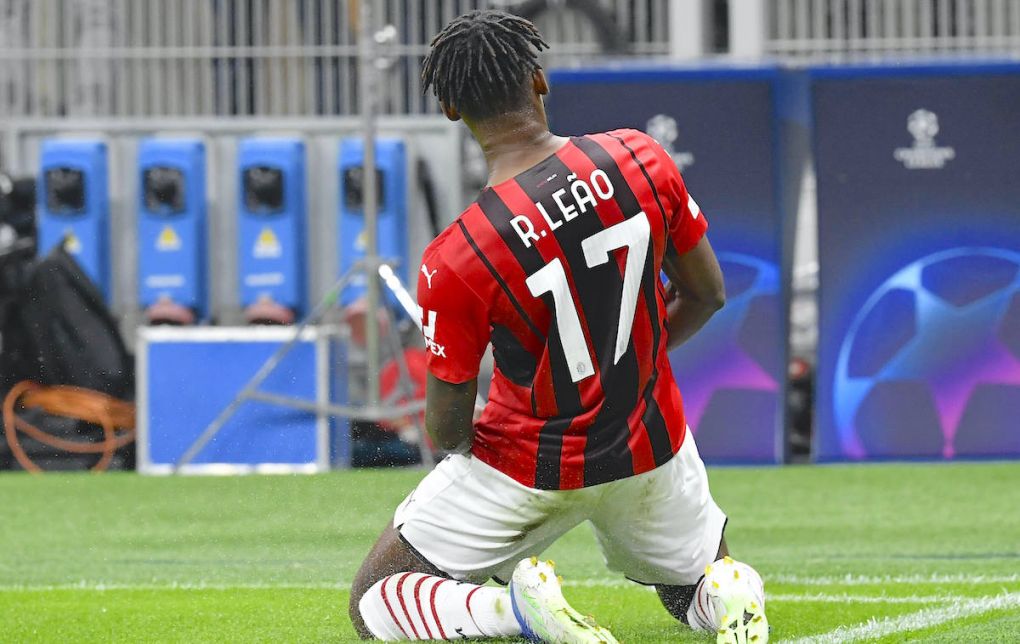 For the home side, Ruslan Malinovskyi is one player that will be crucial and Milan will have to be really careful with him. As we saw against Inter, he only needs one chance to find the back of the net and you can’t give him space on the edge of the box.

In addition to him, Joachim Maehle will be tasked with replacing Gosens on the left-hand side. It’s a very advanced role and it remains to be seen if he can do enough for Atalanta, who like to attack on the left flank. The Dane, therefore, will have a lot of responsibility on his shoulders.

It will be a tough game for both sides, there’s no doubt about it, but the feeling is that Milan are slight favourites. Not just because they have started the season well, but also because Atalanta have some key absences.

READ MORE – Gasperini expects a ‘proactive’ Milan and praises Pioli: “They have grown a lot”