Following the wins against Sassuolo and Lazio, Milan will be looking to continue their positive run tomorrow evening, taking on Benevento away from home. With Inter still just one point behind, the pressure is on.

Stefano Pioli’s men finished 2020 in the best way possible with two wins and a late winner against Lazio to preserve their lead in the league standings. Despite the injuries, in other words, they have continued to perform on a high level.

In his pre-match press conference, the manager praised his side but also warned that Benevento are a well-drilled team, led by Pippo Inzaghi. Furthermore, he has an important returnee to rely on at the back.

Matteo Gabbia, Ismael Bennacer, Alexis Saelemaekers and Zlatan Ibrahimovic are still recovering from their respective injuries and will miss the game tomorrow. In addition to them, Theo Hernandez will be serving a one-game ban (five yellow cards).

Fortunately, as alluded to, Simon Kjaer has recovered and will be able to play from the first minute. The Dane sustained an injury in November and has certainly been missed since. Samu Castillejo has also made the squad list after some doubts.

Gazzetta Dello Sport suggests that it will be a 4-2-3-1 with Davide Calabria on the right, Simon Kjaer and Alessio Romagnoli as the centre-backs and Diogo Dalot on the left, protecting Gigio Donnarumma.

Sandro Tonali has stepped up lately amid Bennacer’s injury and will be looking to build on his progress tomorrow. Unlike the Lazio clash, in which Rade Krunic started, Franck Kessie will partner up with Tonali as he’s back from his suspension. 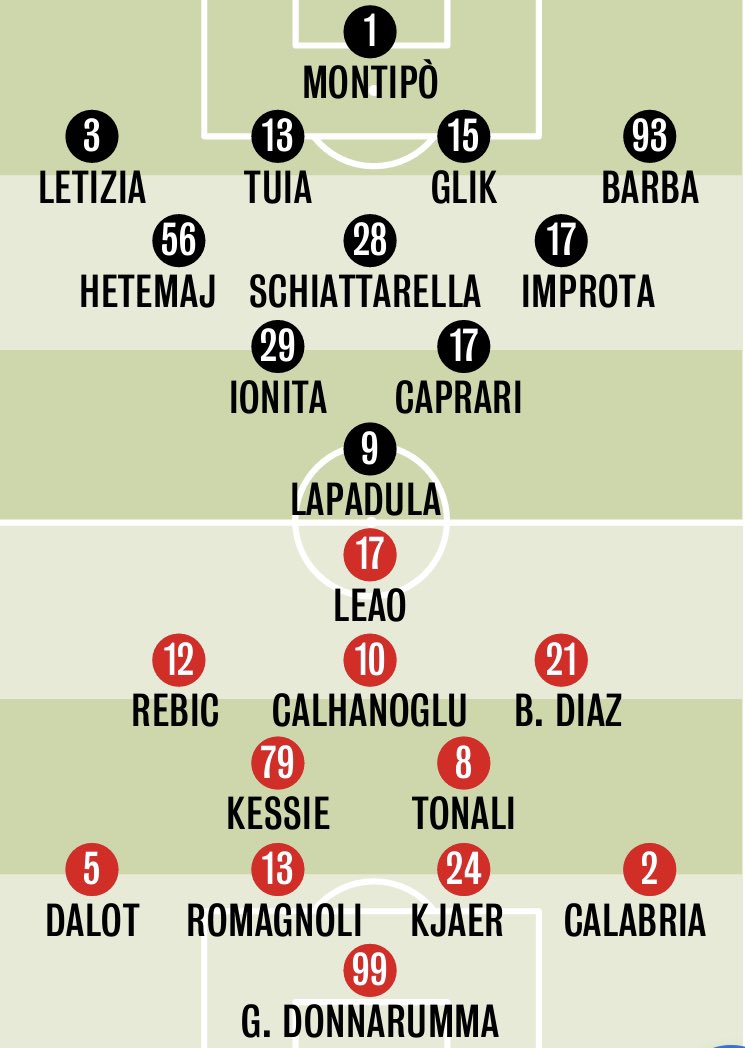 In the forward department, there will be just one change from last time out. Brahim Diaz will replace Saelemaekers on the right as Castillejo isn’t 100% ready, while Hakan Calhanoglu will keep his spot as the playmaker in the middle.

Ante Rebic bagged his first goal of the season against Lazio and looked much better, starting on the left-wing. Hopefully, he will build on the positive performance and link up well with Rafael Leao, who will start up front.

After what was an impressive 2019/20 term in Serie B, finishing first with 18 points to spare, Benevento have started their second adventure in the top flight well. In 14 games, they have claimed 18 points (5W, 3D, 6L).

Not bad at all for a newly-promoted side, especially considering their squad isn’t exactly packed with stars. They are coming from two 2-0 wins and will be eager to prove that they belong in Serie A beyond this season.

Aside from Lazio, they are the only side in the top ten with a negative goal difference, which stands at -6. Pippo Inzaghi, the former Rossoneri striker, has always been fond of attacking football and we also saw this when he coached Milan.

They held both Juventus and Lazio to 1-1 draws at the Ciro Vigorito and doing so with the league leaders would be an even bigger accomplishment. They are certainly the underdogs, though good enough to cause an upset if they get things right. 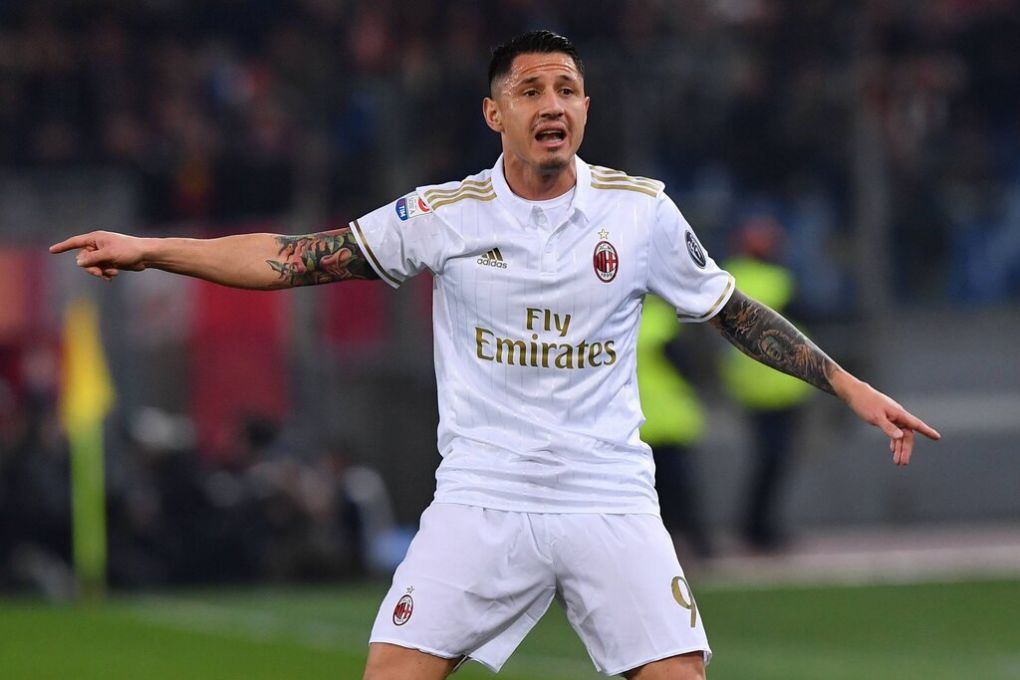 Gianluca Lapadula, who left Milan in 2018, has scored three goals for Benevento this season and will surely want another one. One can only hope that he won’t celebrate if he does score, seeing as ‘Lapagol’ was always a bit of a fan favourite at Milan.

Milan have bad memories from their last visit to Benevento, to say the least, as the home side snatched a 2-2 draw thanks to a 95th-minute goal from their goalkeeper. This took place in the 2017/28 season and it was Gennaro Gattuso’s debut on the bench.

The reverse fixture in that season didn’t exactly end well either. Benevento scored an early goal through Pietro Iemmello and managed to hold on at San Siro, winning the game 1-0. Those are the only two times these teams have faced each other.

Therefore, on Sunday, Stefano Pioli’s men will be looking to break the negative trend and grab their first win against Benevento. It would certainly be disappointing not to get all the three points, considering their position in the standings.

➤ AC Milan have scored at least 2 goals in their last 16 matches (Serie A).

➤ AC Milan are undefeated in their last 26 matches (Serie A).

➤ AC Milan have been winning at both half time and full time in 8 of their last 9 away matches (Serie A).

➤ There have been under 2.5 goals scored in Benevento’s last 7 games (Serie A).

For Milan, it will be interesting to see if Rebic can build on his positive performance against Lazio. The Croatian looked like a completely different player, finally played in his natural left-wing position, and got off the mark with a nice header.

That being said, he could have done better on a few occasions and squandered a big chance towards the end. Therefore, as he knows well too, the test is far from over and he needs to show his qualities on a consistent basis. 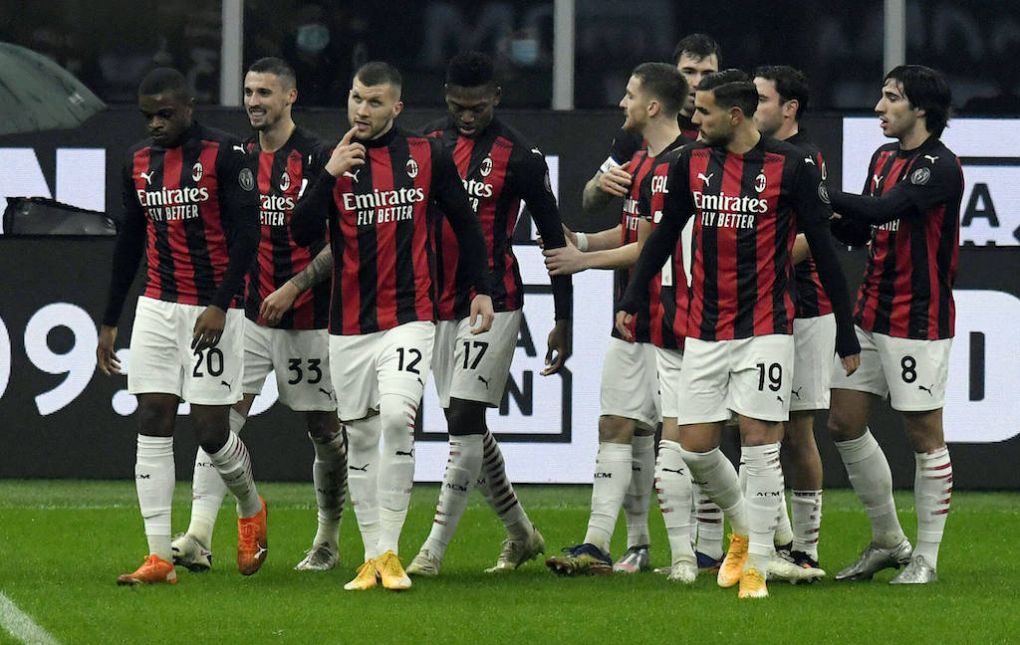 In addition to Rebic, it’s another chance for Diogo Dalot to show that he deserves more playing time. The Man Utd has done well when given the chance, even on the left-hand side, and if he continues like this then the Rossoneri will want to keep him.

As for Benevento, Milan should be extra careful with Gianluca Caprari. Playing in a role behind Lapadula tomorrow, the pacey 27-year-old will be looking to cause the Rossoneri defence a headache with his constant running.

He has scored four goals and assisted an additional three this season, and that is exactly why Pioli’s men need to be careful. With Kjaer back, we can expect the defence to be a lot more solid although Pierre Kalulu did a good job most of the time.

Although several players are still injured, Kjaer is back and this will most likely help the Rossoneri a lot. The same can be said about Rebic, in terms of effect, as we saw just how important he can be when he’s in form.

The draws against Parma and Genoa seems quite distant and the feeling is that the break has given Milan some much-needed rest. Therefore, they should be able to claim all three points tomorrow evening.