AC Milan will be looking to continue their excellent start to the season – in the league – this Saturday as they will face Bologna. With several players out, it won’t be an easy game.

The Rossoneri are currently in second place with 22 points after the first eight games, only beaten by Napoli who have won all of their games. As said, therefore, they will be looking to claim another three points.

During his press conference, Stefano Pioli revealed that the likes of Franck Kessie and Ante Rebic also will miss out tomorrow. The injury situation remains tough and the adjective can be used to describe the clash as well.

As said, Milan are still struggling with several injuries and it seems as soon as one return, another is sidelined. The likes of Mike Maignan, Alessandro Plizzari, Alessandro Florenzi, Theo Hernandez, Franck Kessie, Junior Messias, Brahim Diaz, Ante Rebic and Pietro Pellegri will also miss out tomorrow.

There was some hope that Hernandez would perhaps test negative for Covid-19 this week but that hasn’t happened. Pioli was also banking on the presence of Kessie and Rebic but they are still not ready to get back into action. 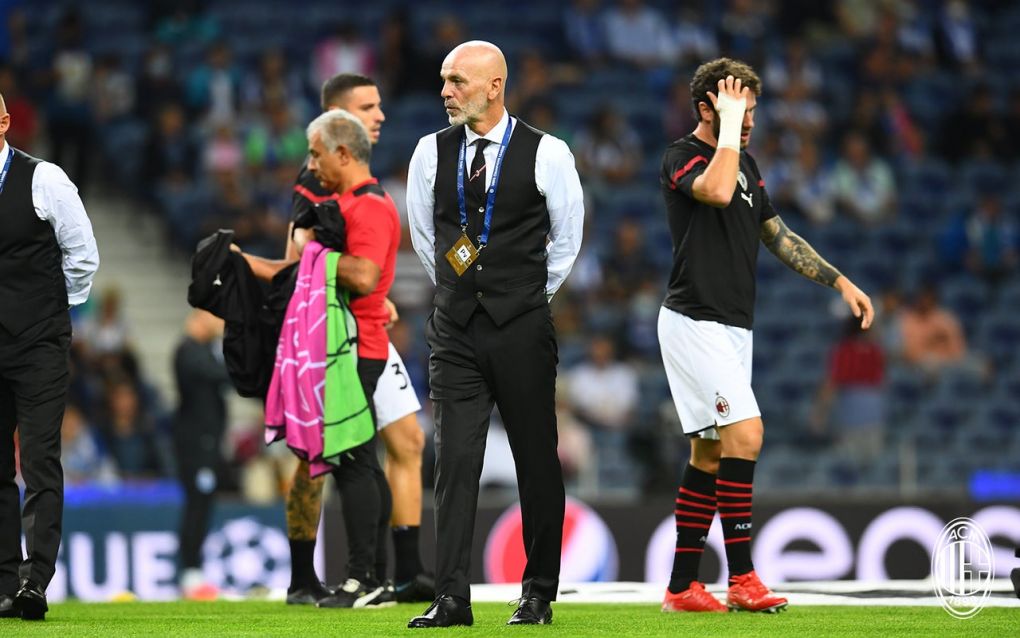 The starting XI will be similar to what we saw mid-week, but with a few changes to note. Antonio Mirante has been called up for the first time but the feeling is that Tatarusanu will keep his spot between the sticks.

By the looks of it, Pioli is expected to make three changes to the starting XI. Alessio Romagnoli is in line for a starting spot and the same can be said for Samu Castillejo. In addition to that, Pioli will have to decide between Zlatan Ibrahimovic and Olivier Giroud, with the Swede currently ahead.

Bologna have started the season quite well with three wins, three draws and two losses. They are currently in 8th place and things are certainly looking better than last season, when they finished 12th and also had a very poor run towards the end.

Although their opponents at home haven’t been too prolific, they remain unbeaten on that ground and that is perhaps a worry for Milan. They beat Lazio by three goals to nil and also played a 0-0 draw against Atalanta. On the other hand, they lost 6-1 to Inter.

Kevin Bonifazi will miss the game but despite this, Sinisa Mihajlovic is expected to field a three-man backline once again. They started the season with four at the back but decided to switch after the success against Lazio. It remains to be seen how Milan will approach this system. 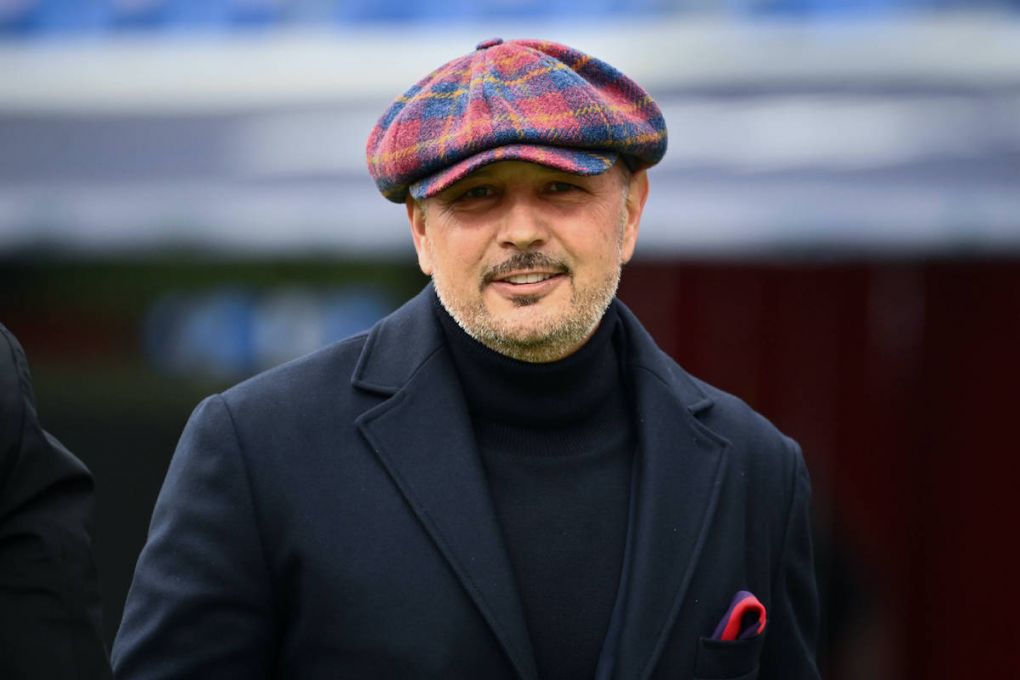 The Serbian manager, who was in charge of Milan during a majority of the 2015/16 season, will be able to field a relatively strong XI for the game tomorrow. It should make for an interesting game.

Milan have been very successful against Bologna recently, whether at home or away. In the last five games against the Rossoblu, they have prevailed five times (one draw). If we extend that to ten games, there are nine wins in favour of the Rossoneri.

Last season, Pioli’s men secured an easy win at San Siro at the start of the game. Zlatan Ibrahimovic scored both goals and Milan went on to have a great run in the league. In the reverse fixture, Ante Rebic and Franck Kessie helped them clinch a 2-1 win.

The latter game was a bit tougher, as you would expect away from home, and it’s perhaps worth noting Ibrahimovic missed a penalty (Rebic converted the rebound). You can take a look at the highlights below.

➤ Bologna have only gained one point from their last 11 games against Milan in Serie A: the Rossoblù only have a longer ongoing streak of games without a win against Fiorentina (14) and Juventus (18).

➤ Bologna have not won at home against Milan in Serie A since 2001/02 (D4 L11): since then, the Rossoblù have only suffered more home losses against Inter (12) than against the Rossoneri (11).

➤ Bologna haven’t repeated the same result in consecutive matches across their last 12 Serie A matches: they have recorded three wins, five draws and four defeats in the process – drawing against Udinese last time out.

➤ Bologna are unbeaten in their last four Serie A home games (W3 D1) – the last time they went on a longer such run in a single season came back in May 2019 (a streak of seven wins).

➤ 22 points from the opening eight Serie A matchdays is a record for AC Milan in the three points for a win era – only in the 1954/55 campaign have they won eight of their first nine matches in a season, winning the title on that occasion.

➤ AC Milan have taken (14) and scored (11) the most penalties in 2021 across the Big-5 European Leagues – furthermore, Franck Kessié has scored nine of them, no player has netted more from the spot than him during this period.

➤ Stefano Pioli coached Bologna for 89 Serie A games (W27 D28 L34): the Rossoblù are the team with which the current AC Milan coach has the most games in the top-flight.

➤ Bologna’s Musa Barrow has been involved in five goals in his last three Serie A games (three goals, two assists), after having only assisted one goal in the previous 10 (no goals) – he has found the net in each of these matches, and he could score in four in a row for the first time since 2020 (his personal best run).

➤ Zlatan Ibrahimovic has scored five Serie A goals for AC Milan against Bologna: for the Rossoneri he has scored more league goals only against Cagliari, Inter and AS Roma (six) – considering also the assists, he has been involved in seven goals in six top-flight matches against the Rossoblu with his current team.

With Ante Rebic out, it will be even more important for Milan to have Leao in a good mood tomorrow. The Portuguese international has started the season very well and has been a key player in many games. Hopefully, he can work some magic tomorrow and shine for the Rossoneri.

In addition to him, Rade Krunic will be a key as he’s expected to start in the No.10 role. It’s obviously hard to replace Brahim Diaz, who has been spectacular, but the Bosnian will have to try his best. If he does well, then Milan will be even better since it’s such an important position. 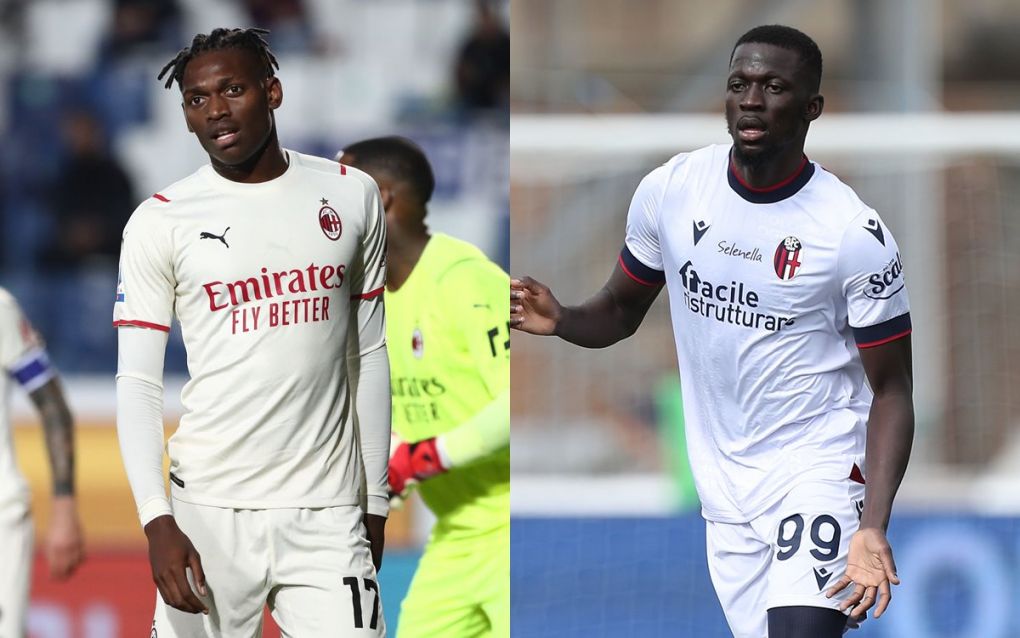 For Bologna, it’s pretty obvious who the danger man is, namely Musa Barrow. As the stats pointed out above, he has had a direct hand in five goals in just his last three games. Playing behind the striker, the Milan midfielders will have to help the defender stop him.

The midfield battle will also be very important as Bologna have many players that at least start from the centre, as opposed to Milan who like to widen the play. In short, the game should be an interesting one.

Milan did just enough to get the three points against Hellas Verona and the defeat to Porto wasn’t exactly pretty. They are not in the best form, therefore, while Bologna have enjoyed a good streak at home. It will be a tight affair.