AC Milan travel to face Cagliari on Monday night knowing that a win would ensure they are top at the halfway stage of the season.

There has been a hive of activity surrounding the club in recent days as Soualiho Meite signed on Friday with Mario Mandzukic and Fikayo Tomori set to follow, though it is marred by an undercurrent of bad luck in terms of selection problems.

Stefano Pioli said in his pre-match press conference that he is expecting his team to rise to the challenge in the face of adversity, but it will not be an easy trip.

Milan will leave for Sardinia without the suspended Rafael Leao, the injured duo of Matteo Gabbia and Ismael Bennacer, plus the COVID-positive quartet of Rade Krunic, Ante Rebic, Hakan Calhanoglu and Theo Hernandez.

As reported by La Gazzetta dello Sport (via MilanLive), Gianluigi Donnarumma will be in goal protected by a back four of Davide Calabria, Simon Kjaer, Alessio Romagnoli and Diogo Dalot, with Franck Kessie and Sandro Tonali ahead of them.

Cagliari had a mixed start to the season under Eusebio Di Francesco, but things have started to unravel and they are sliding down the table fast.

They won three of their first seven games to climb up to 11th, but are yet to win since the seventh round and are now in 16th position having lost their last four games.

It has been at the defensive end that the Islanders have struggled having let in 34 goals, a tally better only than the bottom three sides in the league.

Di Francesco has some selection problems of his own as Marko Rog out for the season, Paolo Farago and Zito Luvumbo are both injured, while centre-back duo Ragnar Klavan and Andrea Carboni are still COVID-positive.

Nahitan Nandez will also miss out after his red card in the damaging defeat to Benevento, which means they could line up as follows…

The two clubs last faced each other in the last game of last season with Milan running out 3-0 winners at San Siro, while the reverse fixture earlier that year also saw the Diavolo win and keep a clean sheet as Rafael Leao and Zlatan Ibrahimovic – scoring his first goal since his return – netted in a 2-0 win.

➤ Milan have kept a clean sheet in each of their last three league matches against Cagliari: against no team currently in the competition are the Rossoneri on a longer such run without conceding a goal.

➤ Cagliari have lost each of their last four Serie A matches; the last time they went on a longer such streak in the competition under a single coach was in January 2013 (six with Ivo Pulga).

➤ Milan have scored in each of their last 18 away league games; only once have they gone on a longer streak on the road in their Serie A history: 19 between March 1992 and April 1993.

➤ Milan could equal their best unbeaten streak on the road in Serie A in the era of three points per win: 16 matches, between September 2003 and April 2004. 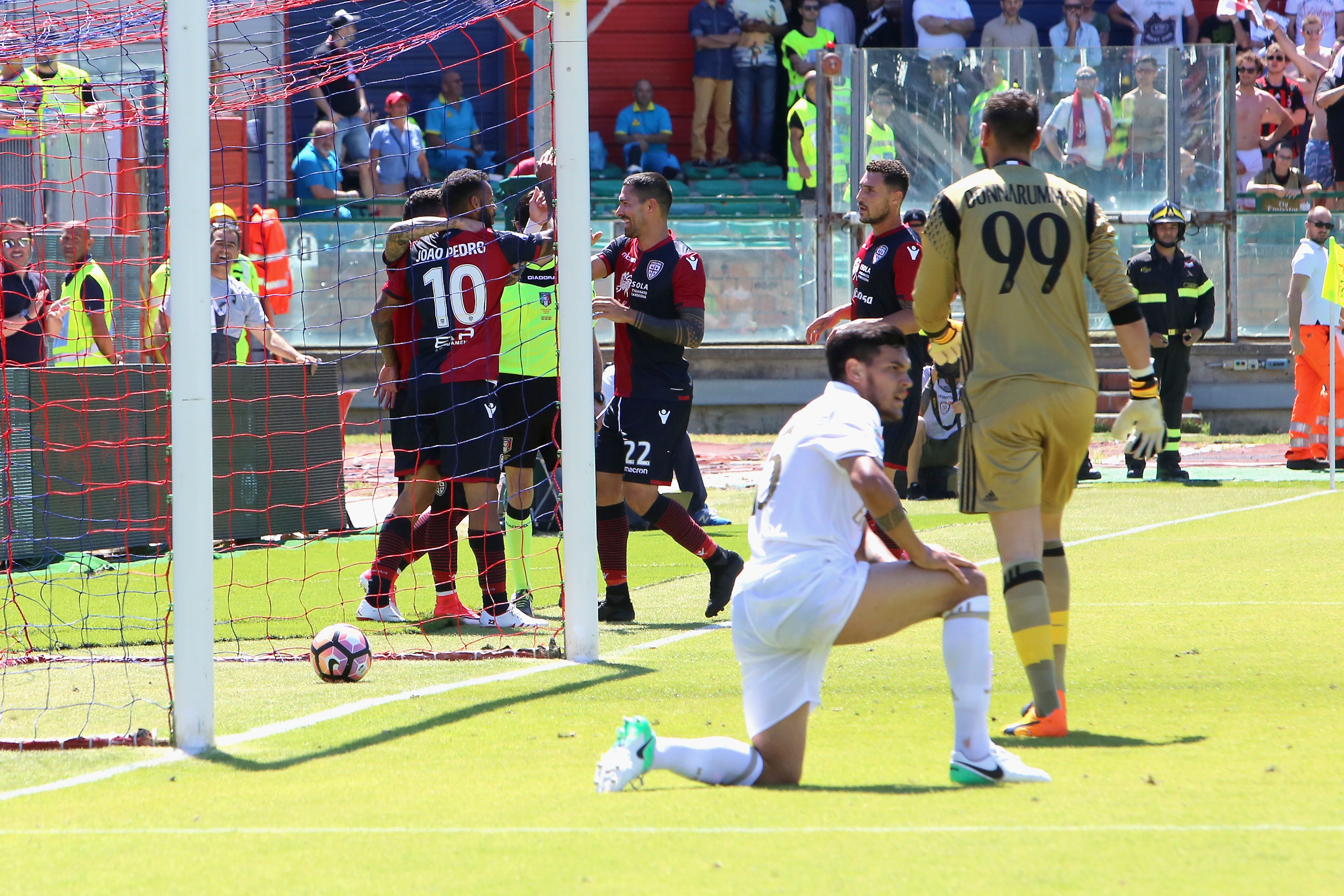 ➤ João Pedro has found the net in three of his last five Serie A appearances against Milan; however, the Cagliari striker has failed to score in his last two matches against the Rossoneri.

➤ Milan’s Zlatan Ibrahimovic has scored in each of his last six league games against Cagliari; only one player has found the net in more matches in a row against a single opponent in Serie A in the era of three points per win: Christian Vieri against Perugia (eight between 1999 and 2003).

➤ Milan’s Hakan Calhanoglu has created the most chances from set plays in the current Serie A campaign (33 in 17 matches); he recorded only 18 in more than double the amount of games (35) in the Serie A last season.

The man who will draw the most eyes for Milan during Monday’s game will undoubtedly be Zlatan Ibrahimovic. The Swede is all set for his first league start since November, and with not an awful lot on the bench the 39-year-old will have to show his leadership skills.

As mentioned above, João Pedro has found the net in three of his last five Serie A appearances against Milan so he always seems to be the one to keep an eye on, and he has an average WhoScored rating for the season bettered only by three Rossoneri players. He has 10 goals already in the league this term, plus two attempts.

Milan’s ambitions for the season seem to be slowly shifting upwards as each week goes on, and despite all the issues regarding injuries and absences this has to be a game that Pioli’s men are looking to win if they want to keep up the pace.