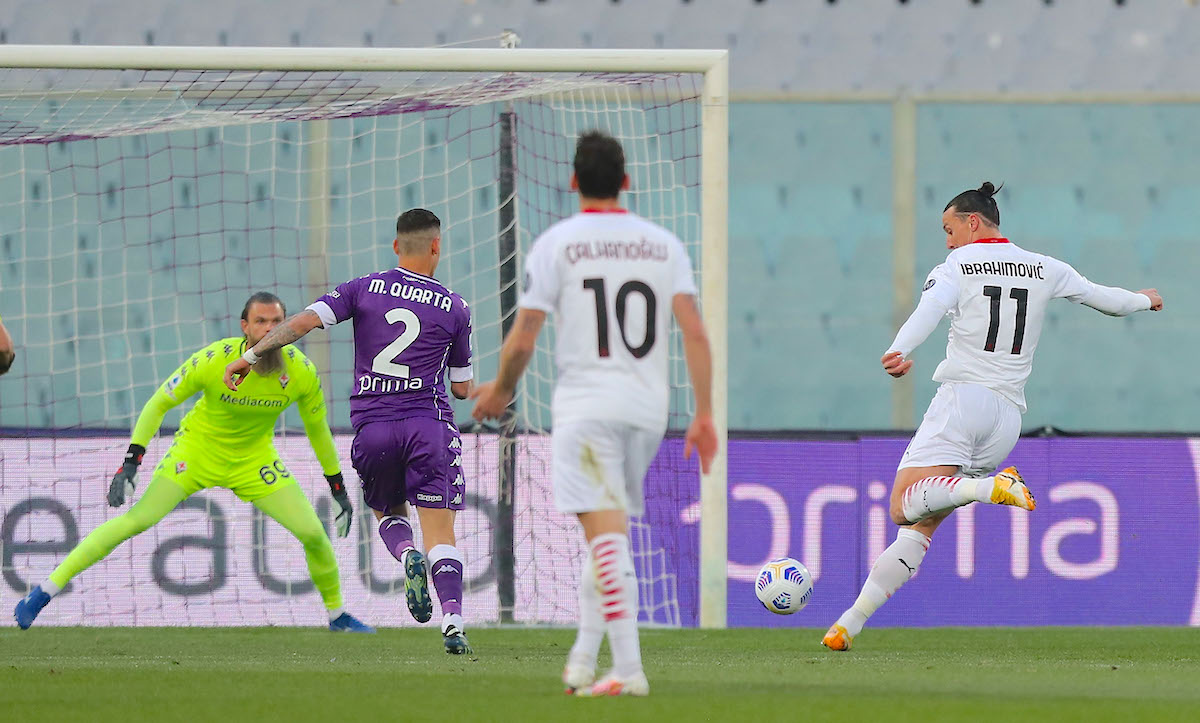 The international break is over and Serie A action will resume for AC Milan on Saturday night as they make the trip to face Fiorentina at the Stadio Artemio Franchi.

Milan have had a fantastic start to the season domestically having won 10 of their first 12 games in Serie A, remaining unbeaten in that stretch with the draws coming against Juventus and Inter. They have struggled in the Champions League where they have just one point from four games, but the focus now is very much on the trip to Florence.

Stefano Pioli has stated in his pre-match press conference that he feels the job might be harder if anything because of Fiorentina’s injury crisis – which we’ll discuss – while he confirmed a couple of key absences.

The big pre-match news on the day before the game is that Ante Rebic has sustained a problem in training and therefore will not be available for the game. There is some good news though as Alessio Romagnoli and Junior Messias returned to group training over the break, while Samu Castillejo is still out and Davide Calabria picked up a muscle issue on Italy duty.

Sky (via MilanLive) have predicted the line-up that should take the field, confirming that Ciprian Tatarusanu should still be between the posts, with Pierre Kalulu replacing Calabria on the right, Theo Hernandez at left-back, plus Fikayo Tomori and Alessio Romagnoli as centre-backs.

In midfield Franck Kessie is favoured over Ismael Bennacer to start alongside Sandro Tonali, while Alexis Saelemaekers should be on the right and Rafael Leao on the left due to Rebic’s injury. Brahim Diaz should start from the first minute in the role of attacking midfielder.

There is a doubt regarding whether Ibrahimovic or Giroud should get the nod against La Viola. The Frenchman is slightly ahead of the Swede, who in turn seems destined to play in the midweek Champions League match against Atletico Madrid.

It is a different kind of game for Pioli given his past at Fiorentina, where he was the head coach when Davide Astori tragically passed away, helping guide the club through a very difficult period having been incredibly close to the player.

La Viola have had a very up and down start to the season under new head coach Vincenzo Italiano whom they procured from Spezia over the summer, having won 6 and lost 6 of their opening 12 games. They are currently on a run of loss, win, loss, win, loss – let’s hope this bucks that trend.

Fiorentina are in a real mess in terms of the defensive options they have available. Nikola Milenkovic will serve a suspension for his red card against Juventus and Lucas Martinez Quarta is also banned, while third choice centre-back Matija Nastasic has also picked up an injury.

Their only remaining central defender Igor is expected to be accompanied by full-back Lorenzo Venuti in a makeshift back four. In terms of players returning, one time Milan target Nicolas Gonzalez has recovered from Covid-19 and but he is not in line for a start as things stand.

Milan have won 14 out of the last 29 meetings between the two sides stretching back to 2007 which is certainly favourable to Fiorentina’s 7 wins, with 8 of those games being draws.

You must actually go back over six years to find the last time that the Rossoneri lost at the Artemio Franchi as they are enjoying a golden run as of late. Marcos Alonso and Josip Ilicic got on the scoresheet as Sinisa Mihajlovic’s first game with the club ended with a 2-0 defeat in Florence.

Last season in this fixture the two sides played out a five-goal thriller that the Rossoneri edged 3-2. Ibrahimovic provided an early lead but Pulgar and Ribery overturned the deficit before Brahim Diaz equalised and Calhanoglu netted a winner inside the final 20 minutes.

➤ Milan have only lost two of their last 11 Serie A matches against Fiorentina, winning six and drawing three. They’ve won their last two, last having a longer winning run against them between 2008 and 2011 (7).

➤ Fiorentina’s last home win against Milan in Serie A was back in August 2015: 2-0 thanks to Marcos Alonso and Josip Ilicic goals – two away wins for the Rossoneri and three draws since then.

➤ Fiorentina have won both of their last two Serie A home games 3-0: the last time the Viola have collected more consecutive home wins in a single top-flight season was in September 2018, under the current Milan manager Stefano Pioli.

➤ Milan could become the second team in Serie A history to win 16 away games in a single calendar year (after Napoli’s 18 in 2017).

➤ Milan boss Stefano Pioli has only lost one of his last eight Serie A matches against Fiorentina (W6 D1). Piolo managed the Viola for 69 Serie A games, picking up 24 wins, 24 draws and 21 defeats.

➤ Dusan Vlahovic’s goals eight goals have been worth nine points to Fiorentina this season, more than any other player in Serie A so far this term.

➤ Fiorentina’s Riccardo Saponara has scored more Serie A goals against Milan than he has vs any other side in the competition (3). His first eight games played in Serie A were for the Rossoneri, with these coming under three different managers (Allegri, Seedorf and Inzaghi).

➤ Milan’s Zlatan Ibrahimovic has scored nine goals against Fiorentina in Serie A: with another goal he could become the 24th player in Serie A history to reach double figures against four different sides in the competition (with Roma, Palermo and Parma).

For Milan there are certainly some obvious players to watch, such as how Tatarusanu gets on in goal against his former club, plus how Kalulu is able to fill in at right-back for Calabria and whether his absence will be felt.

Giroud will be looking for his first away Serie A goal if he starts, but the feeling is that Brahim Diaz could be a difference maker. He scored at the Franchi last season and has provided 4 goals this season directly resulting in 9 points.

For Fiorentina there is simply one man who stands out above all: Dusan Vlahovic. The Serbian striker is the man that Zlatan Ibrahimovic has reportedly told Paolo Maldini and co. should be his heir, and with 10 goals in his first 12 games this season plus 21 in the league last season, it is easy to see why.

Saponara and Bonaventura will face their former clubs and have vital roles in the front three and midfield threes respectively, while Torreira was a one-time Milan target, and it goes without saying that the centre-back pairing should be very heavily tested.

What Pioli said is right: sometimes teams rally in the face of adversity and fight twice as hard, which is why we think this will be another tough game in Florence. However, the sheer depth of the defensive problems make us think this has to be a win, any way it comes.

READ MORE: Pioli reveals what he expects from Fiorentina and tips returning forward to give ‘something new’