AC Milan will be looking to return to winning ways when they make the trip to face Genoa at the Stadio Luigis Ferraris on Wednesday night.

Milan have lost two league games on the spin as they were beaten 4-3 away by Fiorentina before the 1-0 away win against Atletico Madrid last midweek, and were defeat 3-1 at San Siro by Sassuolo on Sunday. They have slipped three points behind Napoli as a result, and now have just a one-point gap to third-placed Inter.

There was no usual pre-match press conference but Simon Kjaer did stress his belief last night that the Rossoneri must target the Scudetto as they are the strongest team in Italy, and to get back on track they must defeat a club icon in Andriy Shechenko’s Genoa.

Pioli drew some scrutiny for his decision to make multiple changes for the game against Sassuolo, with certain players like Alessandro Florenzi, Tiemoue Bakayoko and Ismael Bennacer called upon but not delivering.

He will not able to rely on the players he would normally use to rotate in the forward department like Ante Rebic and Olivier Giroud, by Sky report that the Milan boss is likely to rotate in attack anyway.

Pierre Kalulu should come in at right-back while Fikayo Tomori will take the place of the disqualified Alessio Romagnoli at centre-back. Franck Kessié and Sandro Tonali are ready to return against the Grifone as the double pivot. 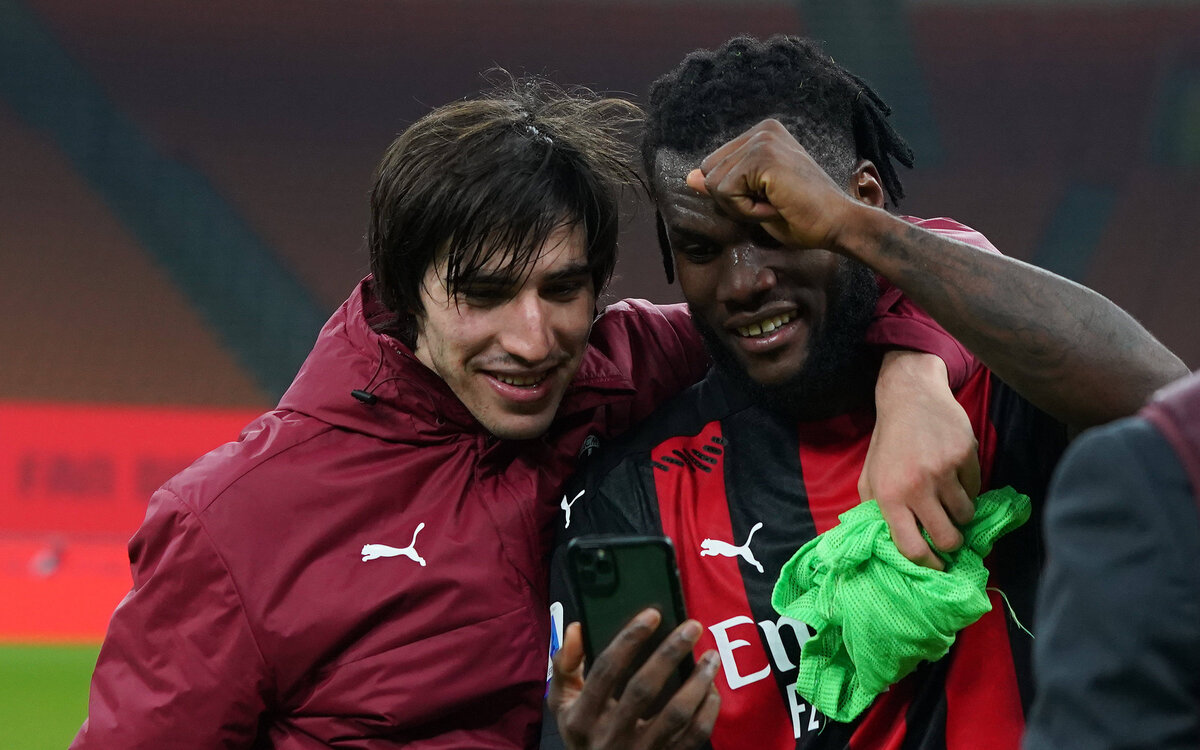 The main rotation should come in the attack where Alexis Saelemaekers is in a battle with Rafael Leao to play in, but Rade Krunic is likely to get a starting spot while a first league start will be given to Junior Messias.

Shevchenko made no attempt to hide his love for Milan ahead of Wednesday night’s game at the Marassi when he will face his former club as Genoa boss. He took from Davide Ballardini who was sacked earlier this month having won just one of his opening 12 league games.

Genoa are yet to score under their new manager, losing 2-0 to Roma in his first game, but they come from an encouraging 0-0 draw away at Udinese. There are a number of selection problems for him to deal with however.

Pianetagenoa1893.net (via MilanNews) are reporting that there are in fact five players who will surely miss the match against the Rossoneri. They are centre-back Nikola Maksimovic, full-back Domenico Criscito, midfielder Francesco Cassata, winger Mohamed Fares and striker Felipe Caicedo.

The problems may not stop there though as forward Yayah Kallon and striker Mattia Destro are both doubts, with both to be evaluated after their respective muscle problems. Destro of course is another former Milan striker and one who has developed a knack for scoring against his old side.

You have to go back five years to 2016 to find the last time Genoa beat Milan at home, but it was an emphatic 3-0 victory at the Marassi, and they have won on three of their last four visits to face the Rossoblu

That’s not to say the Rossoneri have found things easy though as many will remember that Pioli’s men had to twice come from behind to earn a draw in the same game last season, with Calabria and Kalulu each scoring to cancel out Destro’s brace.

Overall, Milan have won 16 of the last 28 games between the two sides, with 7 victories for Genoa and 5 draws.

➤ Milan have won six of their last nine Serie A games played against Genoa (D2, L1), after losing four of the previous five (W1).

➤ Milan scored exactly two goals in all their last three Serie A away games against Genoa; only in 1935 have they netted at least two goals in four away matches against in a row against the Grifone in the Italian top-flight.

➤ Genoa have drawn the most Serie A games this season (seven) – only three times before have the Rossoblu drawn at least eight of their first 15 in a top-flight season, most recently in the 1981/82 campaign.

➤ After losing to Fiorentina and Sassuolo, Milan could lose three Serie A matches in a row for the first time since September 2019, under Marco Giampaolo.

➤ Milan have conceded 16 goals in their last nine Serie A games (one clean sheet), after having shipped only two goals in the previous nine (seven clean sheets).

➤ Since the arrival of Andriy Shevchenko, Genoa haven’t scored: he could become the fourth manager in the XXI century to see his  side fail to find the net in each of his first three Serie A matches (after Somma in 2005, Longo in 2018 and Grosso in 2019).

➤ Nicoló Rovella is the youngest midfielder to have started at least 14 matches in the big five European Leagues this season.

➤ Franck Kessié could play his 200th match for Milan in all competitions: he scored his only Serie A goal against Genoa at the Ferraris, from the penalty spot in October 2019.

If Destro, Criscito and Fares do miss the game as expected then Genoa will be without their top three scorers as they have netted 6, 5 and 2 times in the league respectively. Every other player in the squad is on one goal or less.

The man to watch is certainly Nicolo Rovella, who was bought by Juve and loaned back to Genoa where he continues to develop a reputation as one of the best young midfielders in the league, something his 6.84 WhoScored rating for the season shows. 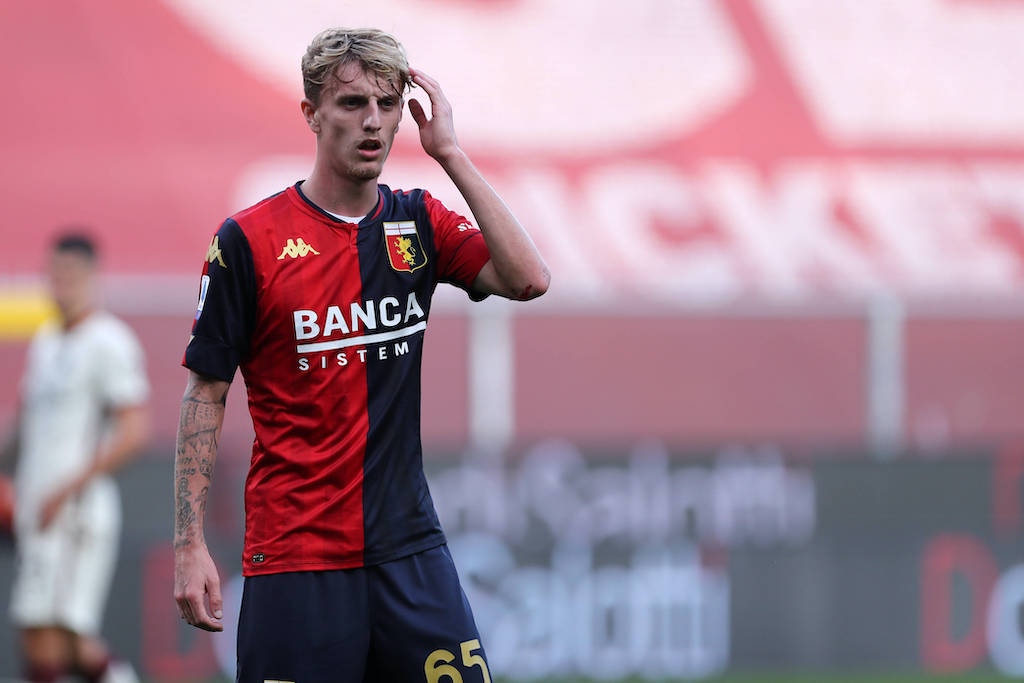 There is the added sub plot of wing-back Andrea Cambiaso potentially starting, a player who continues to be linked with a move to the Rossoneri.

For Milan there is no doubting that the attack simply needs to become more clinical and get the team in front in games, so eyes will be on top scorer Zlatan Ibrahimovic and the recently impressive Junior Messias.

Nonetheless – after conceding a total of seven goals in consecutive league games for the first time since 1998 – the focus is firmly on a clean sheet without a doubt. Fikayo Tomori and Simon Kjaer must lead.

Though Genoa have their injury problems, a fatigued and unconfident Milan side are far from at 100% either. Trips to the Marassi are never easy and Shevchenko will be pleading with his side to make a big statement and claim a great scalp as his first win, but we still hope to edge this one.

READ MORE: Milan searching for the next Tomori – Monaco, Zurich and Atalanta trio in Moncada’s sights