Milan seemed to have found the right form again with what was a strong win at Roma, restoring some much-needed confidence. However, they followed it up with a frustrating 1-1 draw against Udinese.

The Rossoneri were without some of their key players, such as Hakan Calhanoglu and Zlatan Ibrahimovic, and this was very evident during the game. And with that result, it’s indeed very hard to tell where they stand ahead of Sunday’s clash vs. Verona.

In his pre-match press conference, Stefano Pioli stated that there isn’t a problem with the attitude and also predicted that this game will be more open. This is positive for his side, as it will be easier for them to create chances.

As mentioned earlier, Pioli is struggling with a few injuries in the squad and this hasn’t made life easier for him. Especially when you consider that the likes of Ismael Benaccer, Calhanoglu and Ibrahimovic are on the injury list. Mario Mandzukic is injured as well.

In addition to them, as was revealed earlier this afternoon, Ante Rebic has picked up an injury and will miss out on the action tomorrow. A big blow for the Rossoneri, who will have to deal with a total of five absences for the game.

According to Gazzetta Dello Sport, there will be some changes to the starting XI that took the pitch against Udinese. Alessio Romagnoli, who started last time out, will be dropped once again in favour of Chelsea loanee Fikayo Tomori. 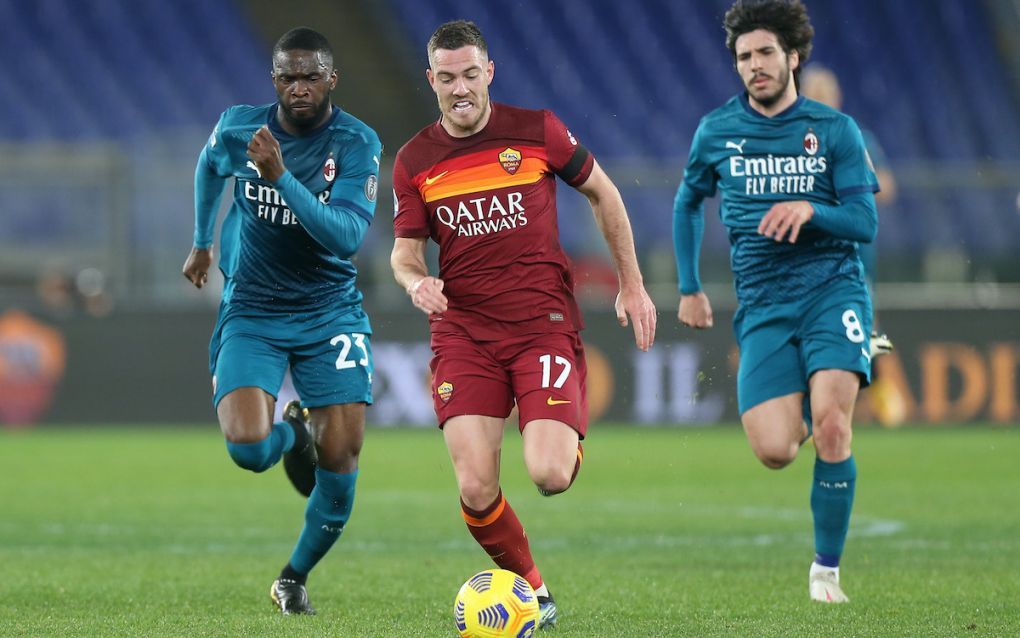 The captain made a crucial goal-line clearance for what seemed like a certain goal and also did well in the duels to trouble his opponents. However, Fikayo Tomori has been in great form and the decision makes sense.

Sandro Tonali came off with an injury against Udinese and his condition was unclear up until yesterday, when it was revealed that he will be available for the game. He will link up with Franck Kessie as usual, with the latter in great form currently.

Milan’s attack wasn’t really that impressive on Wednesday evening but it’s always hard to break down a team that parks the bus. And without several key players in attack, it will be up to Rafael Leao and Jens Petter Hauge to create the chances.

Rade Krunic will replace Brahim Diaz in the trequartista role, as the Real Madrid loanee didn’t really do much to prove that he deserves to start. Furthermore, against a side like Verona, the Rossoneri will need more physical presence in that role.

Just like the 2019/20 season, Hellas Verona have done well and are currently in 8th place, one better than their last campaign. Ivan Juric, the manager, has been able to turn things around at the club after a few disappointing spells at Genoa.

They have had some good results this season, beating Atalanta, Lazio, Napoli and also drawing against Juventus twice. There are few doubts about their quality, therefore, and it’s a side certainly capable of upsets.

In their last four games, they have managed two wins and two draws, though they got just three points in the four prior to that. Having said that, they have been strong on their home turf recently, which is fitting since they will take on the league’s best away side in Milan. 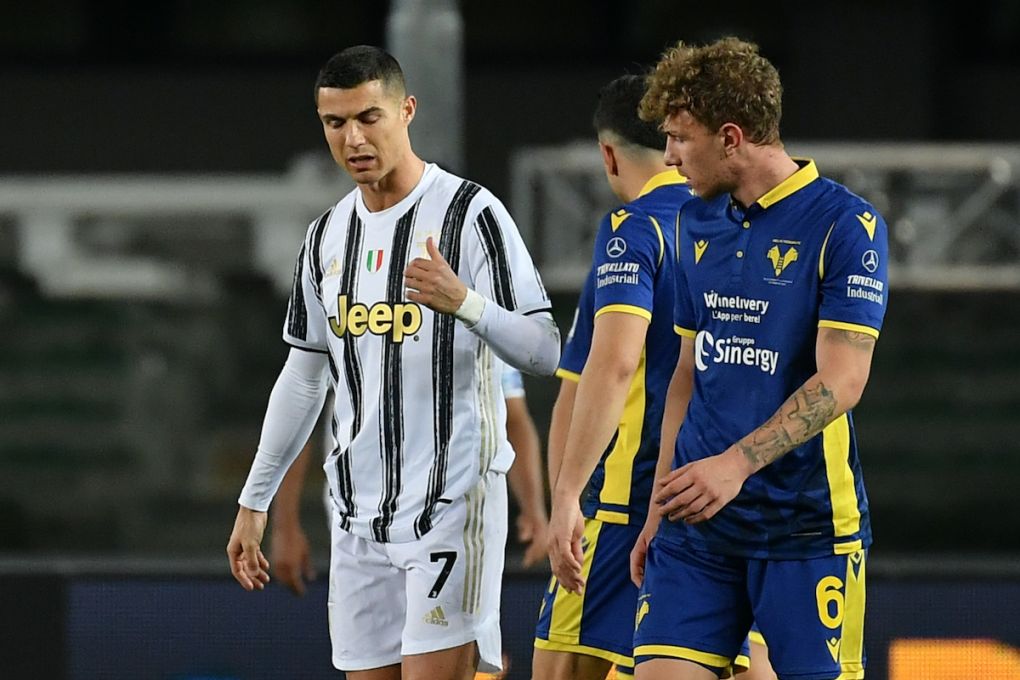 Verona will be without their attacking duo Ebrima Colley and Nikola Kalinic as both are injured. The latter, of course, has a rather unsuccessful spell at Milan during the 2017/18 season as he bagged just six goals in 41 appearances.

Kevin Lasagna, who joined the side on loan in January, will thus get the chance up front and will be supported by none other than Antonin Barak and Mattia Zaccagni. Certainly not a bad attack and Milan will have to be careful.

Milan desperately need the win to keep second place in the standings, with Juventus lurking behind, but it won’t be easy against Verona. It’s a side that they have had limited success against, at least recently.

In the reverse fixture, Milan created loads of chances but didn’t have their shooting boots on, rescued by an Ibrahimovic header in stoppage time to earn a point. Verona scored two goals early on, both on set pieces, and this put the Rossoneri in a tough position.

They should have won, though, given their chances but it’s hard to imagine that they will create as many this Sunday. The last two games between the sides ended in draws and the results before that are evenly spread between them.

Having said that, it will be a very interesting battle as the Rossoneri are the strongest away side in the league. Meanwhile, Verona have shown strength in their recent home games and will be looking to continue like this.

➤ In their last 10 league games, Verona have alternated between two defeats, two draws and two wins against AC Milan – the last two matches against the Rossoneri ended in a draw.

➤ Verona have not drawn any of their last six Serie A games at home against AC Milan: their last such league draw was in December 2000 (three wins each since).

➤ Verona have earned 10 points in their last four Serie A home games, while in their previous four they had only picked up one.

➤ In the four previous seasons in which AC Milan have earned at least 53 points after the opening 25 games of a Serie A campaign in the three points for a win era, they have always ended the season in the top two positions.

➤ AC Milan have lost only one away league game since last June (W14 D3) – only Manchester United have fewer defeats over the same period in the top five European leagues (W12 D7 L0).

➤ Only Lyon and Paris (19 each) have hit the woodwork more often than Verona (16) and AC Milan (16) in the top five European leagues this season. 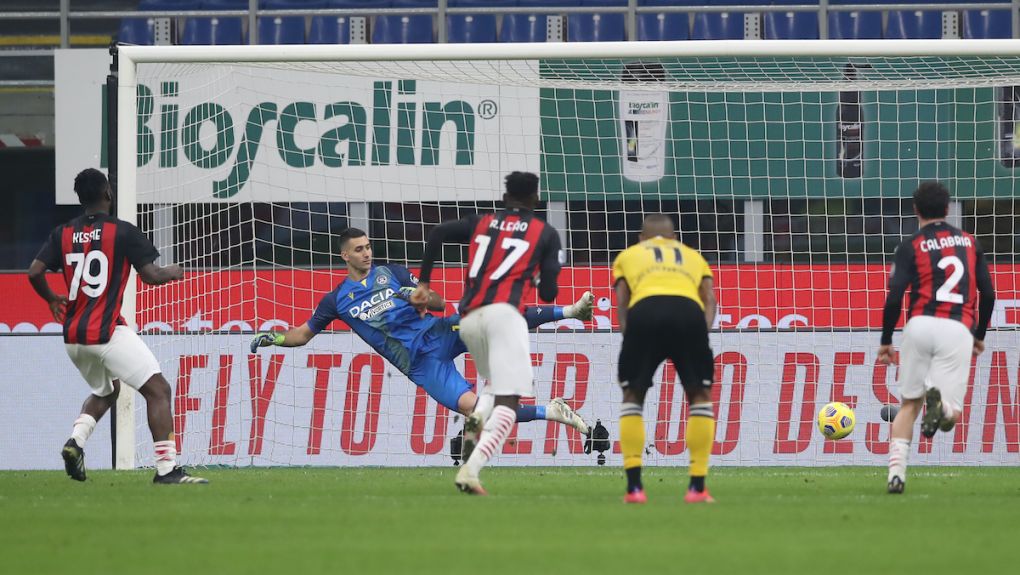 ➤ Verona striker Kevin Lasagna has scored three goals against AC Milan in Serie A, but all three were netted at San Siro.

As Ibrahimovic won’t be available for this one, so to Bennacer and Calhanoglu, a lot of responsibility will be on Rafael Leao’s shoulders. He will start in the centre-forward role and at least on paper, he’s the most creative attacking player in the XI.

Hopefully, he can link up well with whoever will accompany him in attack, with Hauge currently in pole position to start on the left-wing. Even in the toughest injury situations prior to this one, the attacking situation wasn’t this bad. 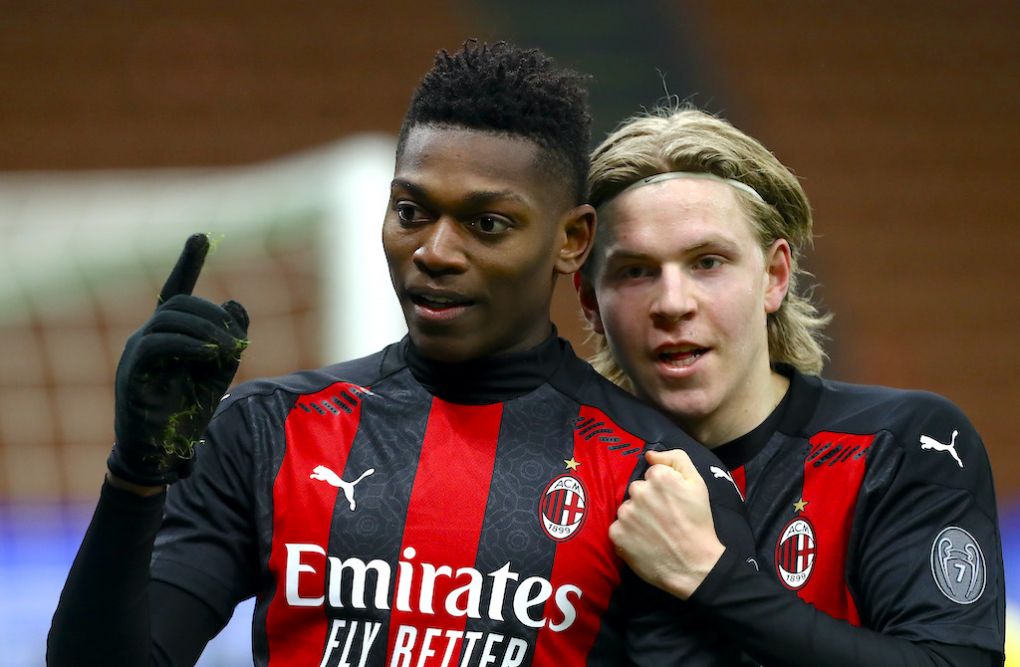 It will also be interesting to watch Tomori a little extra, following what was a positive display against Roma. With Romagnoli keen to regain his starting spot, the pressure will be on the Englishman to continue his good form.

As for Verona, Milan will have to watch out for their attacking forces. Barak and Zaccagni have both been very impressive this season – with 11 goals and 9 assists between them in the league – and they will be hungry for more.

And with good support on the flanks, from Faraoni and Lazovic, they could certainly cause some trouble for Pioli’s men. This could perhaps mean that Hernandez won’t be as attacking-minded as we sometimes see him during the games.

It’s hard to tell where Milan stand form-wise, as already said, and this makes the game very interesting. The Rossoneri were in a bad spot ahead of the Roma game but still prevailed, and perhaps that’s the result of their away strength seeping through.

However, Verona could make life very difficult for the Rossoneri especially if they adopt a Udinese-esque tactic. This isn’t that likely, though, and we could instead see a very open game with end-to-end stuff at times.

Tags AC Milan Hellas Verona Serie A
Related Articles
Ordine reacts to Bennacer changing his agent: “Bad times are upon us”
2 December 2022, 20:30
Everything you need to know about Sesto as Milan keep stadium plan B alive
2 December 2022, 20:00
Five Milan players advance to the knockout stages of the World Cup
2 December 2022, 19:18
Serie A Standings