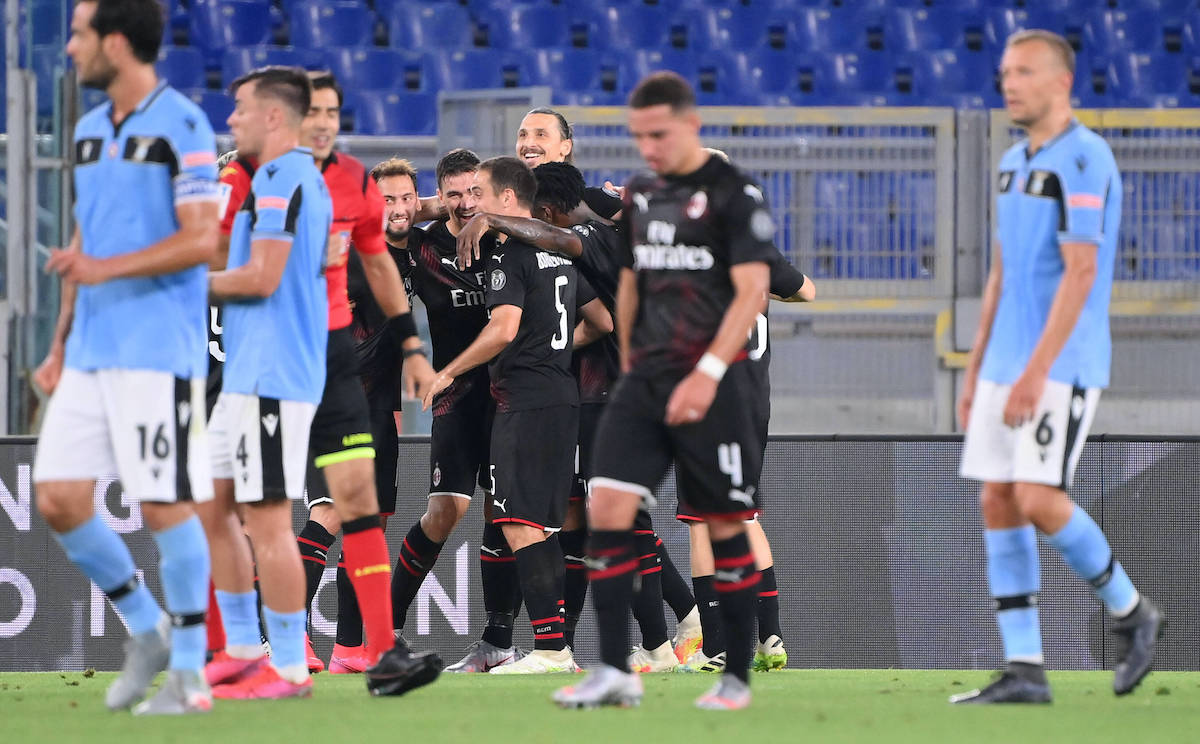 AC Milan will be looking to put the horrors of the Sassuolo game behind them and get back to winning ways against Lazio on Monday night.

The Rossoneri had a 1-0 lead heading into the final 15 minutes of their game against the Neroverdi on Wednesday night, but a quickfire double from Raspadori turned the game on its head and Roberto De Zerbi’s men left with all three points.

Head coach Stefano Pioli stressed that his team did not deserve to lose against Sassuolo and came up with a motto for the last six games, which starts with a trick trip to the capital.

Pioli gave an update on the situation regarding a number of different injured players ahead of the game during his pre-match press conference. He confirmed that Zlatan Ibrahimovic won’t be available but will return against Benevento, while Theo Hernandez could play a part and Fikayo Tomori is struggling with a minor problem.

According to the latest from MilanNews, both Tomori and Theo Hernandez should be fit enough to start the game, with Simon Kjaer and Davide Calabria completing the defence. Kessie and Bennacer will be the double pivot, with Saelemaekers wide on the right, Rebic on the left and Calhanoglu the playmaker behind striker Mario Mandzukic, preferred to Rafael Leao.

Having mounted a Scudetto challenge for most of last season and ending up with a top four finish, 2020-21 has not been as kind to Simone Inzaghi’s side as they sit sixth (at the time of writing) with 58 points from 31 games.

Their top four hopes are far from over but the feeling is they need to beat Milan after getting a 5-2 mauling from Napoli at the weekend. Interestingly, Lazio have not drawn a game since January 4 and have won 12 and lost four since then.

Sky (via MilanNews) are reporting that there are doubts regarding the physical conditions of Lucas Leiva and Luis Alberto as both were not at 100% in the 5-2 defeat against Napoli, with the next training sessions key.

Another doubt concerns the role of Marusic and whether to play him in the back three or in the midfield five. In the first case Fares would play as a wing-back, in the second it would be Patric. There are no doubts about the others with Milinkovic-Savic, Correa and Immobile among those relied upon.

Simone Inzaghi has recovered from COVID-19 and will be on the bench but centre-back Luiz Felipe is expected to be unavailable for Lazio. Gonzalo Escalante and Felipe Caicedo are likely to sit this match out too, as per The Laziali.

The Rossoneri and Biancocelesti have played each other 182 times in Serie A, with Lazio having won on 38 occasions, Milan winning 80 of them and 64 draws.

Last season the two sides each won a game, with Lazio triumphing at San Siro in the 11th round of the campaign thanks to a late winner from Joaquin Correa in a 2-1 victory, while Milan comprehensively beat their hosts 3-0 at the Olimpico with Calhanoglu, Ibrahimovic and Rebic all scoring.

Milan were also the winners when the sides met earlier in the season too and it couldn’t have come in more dramatic fashion. A Rebic header and Calhanoglu penalty put Pioli’s men in charge but Luis Alberto and Immobile hit back before Theo Hernandez’s winner in added time.

➤ Milan have won both of their last two Serie A games against Lazio, their longest streak against the Biancocelesti since 2009 (run of three).

➤ Lazio have not kept a clean sheet against Milan in a Serie A game since February 2012 (2-0 win). Since then, the Rossoneri have found the net in 17 such games in a row (1.8 goals per game on average).

➤ Lazio have won each of their last nine home games in the top-flight; they could win 10 such games at home in a row for the third time in their Serie A history, after 1937 and 1974.

➤ Milan have conceded the highest percentage of goals from corners in Serie A this season (22%, 8/38). However, Lazio have scored the lowest such percentage in this season’s division (4%).

➤ Former Lazio coach Stefano Pioli has won both of his last two Serie A games with AC Milan against the Biancocelesti, as many wins as in his 13 previous clashes against this opponent in the competition (D4 L7).

➤ Lazio’s Ciro Immobile has scored six goals in 12 matches against Milan in Serie A, including two goals in the two most recent such games. Indeed, he also scored a hat-..

Milan know the two main men for Lazio well by now in Immobile and Sergej Milinkovic-Savic. The former has 17 league goals already this season and – as stated above – has a knack for scoring against the Rossoneri. The latter has nine assists as per WhoScored, meaning he is the creative hub that the Diavolo must keep quiet.

Acerbi is the rock at the back for the home side and his performances this season have shown just why he is so highly rated by national team boss Roberto Mancini, while goalkeeper Pepe Reina is a man Milan know well also.

For the Rossoneri, eyes will be glued to whoever starts up front, be it Leao or Mandzukic. Both have struggled for form recently and have had their injury problems, but Milan desperately need to start taking some of the chances they are generating.

That aside, the midfield duo of Kessie and Bennacer will be key to stifling Lazio’s chance creation and of course the centre-back pairing of Kjaer and Tomori – both of whom have made some mistakes recently – need to step up.

Even though Lazio are not exactly known for drawing games and Milan have been rampant away from home, this feels like the kind of game that could be cagey with both teams looking to stabilise after damaging losses. No Ibrahimovic is a blow for Milan, while Lazio too will be tested without their usual depth.