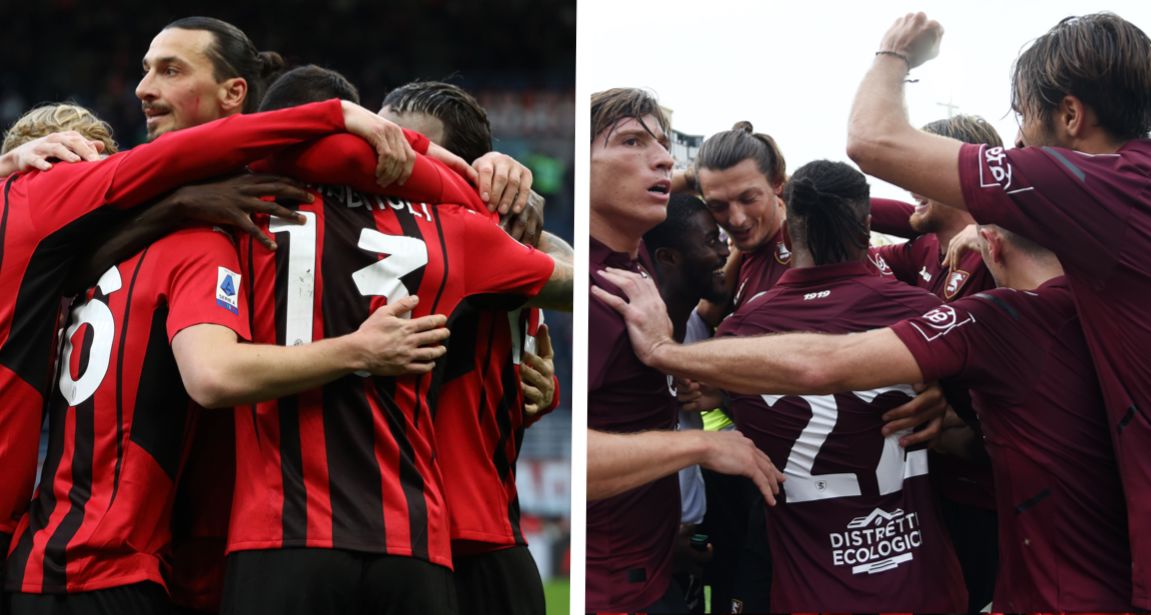 AC Milan will be looking to make it back-to-back wins in Serie A when they host bottom-placed side Salernitana at San Siro on Saturday afternoon.

Stefano Pioli’s pre-match press conference was very much dominated by injury updates but he stressed the importance of his side showing their identity again and following up a good win.

The main injury news for the Rossoneri is that Simon Kjaer sustained a knee ligament injury that is likely to keep him on the sideline for a while, while Ante Rebic and Olivier Giroud are both still out, as are Samu Castillejo and Davide Calabria.

According to this morning’s edition of La Gazzetta dello Sport, Pioli should continue with his theme of keeping things fresh in midfield and attack. Mike Maignan should have a back four of Pierre Kalulu, Fikayo Tomori, Alessio Romagnoli and Theo Hernandez ahead of him.

In midfield it should be a double pivot of Sandro Tonali and Tiemoue Bakayoko with Franck Kessie returning to the bench and doubts remaining over Ismael Bennacer as he is battling an inner ear infection.

Junior Messias and Brahim Diaz remain in the trident behind Zlatan Ibrahimovic, while there should be space on the left wing for Rafael Leao to come back after a couple of games of rest.

Salernitana finished second in Serie B last season to secure promotion to the top flight, where they had not been since the 1998-99 season. However, they have found it quite difficult to acclimatise to playing a level higher, having been in the relegation zone since the second round of the season and currently sat bottom.

Their last win came against fellow promoted side Venezia back on October 26 and their only other victory came against fellow strugglers Genoa earlier that month. They have lost 11 of 15 games, with a -20 goal difference, and sacked Fabrizio Castori for Stefano Colantuono earlier in the season as a result.

The Granata have been a bit difficult to predict from a team selection point of view as they search for the right formula. They played a five-man defence against Juventus in midweek but La Gazzetta dello Sport has them reverting to a 4-4-2 formation.

There are some injury doubts such as Ivorian forward Cedric Gondo who picked up a problem during the draw against Cagliari last week with Milan Djuric tipped to take his spot alongside Federico Bonazzoli. Matteo Ruggeri and Mamadou Coulibaly are doubts, while Franck Ribery will miss the game.

Interestingly, the two sides have only met twice in the league before and it was back in the 1998-99 Serie A season, with the Rossoneri doing the double. Milan won 2-1 in Salerno thanks to goals from Bierhoff and Leonardo before a come-from-behind 3-2 win at San Siro with Bierhoff (2) and Weah scoring.

➤ There have been no draws in the four Serie A matches between AC Milan and Salernitana, with three AC Milan victories (including two in the 1998/99 season) and a Granata win (4-3 in June 1948).

➤ Milan have lost only one of their last 20 Serie A games against newly promoted sides (W14, D5), keeping 12 clean sheets in this period – their only defeat came against Spezia (0-2 away from home in February 2021).

➤ Salernitana have never won in their six away Serie A games against sides from Lombardia: after a 0-0 draw against Atalanta in 1947 they lost their following five.

➤ Although AC Milan have won five of their last seven home Serie A matches, they haven’t won in the two most recent: a draw against Inter and a defeat against Sassuolo; under Stefano Pioli, the Rossoneri have never lost two home league games in a row, doing so for the last time back in September 2019, under Marco Giampaolo.

➤ Salernitana are the 18th team that have lost at least 11 of their first 15 Serie A matches in a season: of the previous 17, only one avoided relegation, Crotone in 2016/17.

➤ After losing each of their first four away games in Serie A this season, Salernitana are unbeaten in two of the last three: a win against Venezia in October and a draw against Cagliari in the most recent one; however, they have never won more than one away match in a single Serie A campaign.

➤ Milan’s Zlatan Ibrahimovic could become the first player to score against 80 different sides in the big five European leagues since 2000; currently he is on 79, ahead of Cristiano Ronaldo (78).

➤ Franck Ribéry’s last goal in Serie A was netted against AC Milan in March 2021 – he has gone 17 games without goal since then in the competition: this is the Frenchman’s third longest streak in the big five European leagues, after 24 games with Fiorentina (between 2020 and 2021) and 19 with Marseille (between 2005 and 2006).

The man of the moment is undoubtedly Junior Messias as he has scored three times in the last three games including a brace in his first ever start for the club.

Meanwhile there will be pressure on Alessio Romagnoli to come back into the side and ensure Kjaer’s absence is not felt, and Tiemoue Bakayoko must also recover from a very nervy performance against Sassuolo to show he can be a reliable midfield option.

For the away side there is no doubting that Bonazzoli is their main threat as he has three goals in Serie A, while Coulibaly also looks a thread from midfield and former Inter man Joel Obi could be a useful impact player off the bench.

Just like the trip to Genoa, this feels like a game Milan must win fairly comfortably if they are serious about winning the Scudetto. Rotation is important amid the difficult schedule and Juve’s win at Salernitana showed they are not exactly pushovers.

READ MORE: Milan heading for another bumper crowd at San Siro against Salernitana – the details