AC Milan must put the disappointment of last weekend behind them and return to winning ways when they face Parma on Saturday evening.

Milan have not had the best of starts to 2021 with damaging defeats against Juventus, Atalanta, Inter and Napoli at San Siro in the first three months – plus draws against Udinese and Sampdoria – throwing the top four race wide open.

However, head coach Stefano Pioli has insisted that his side have ‘no fears or anxieties’ heading into the business end of the season, and he will have a healthy squad to pick from.

There is some good news for Milan as Mario Mandzukic, Rafael Leao and Brahim Diaz look set to return to the matchday squad as all have recovered from their respective injuries, though none are expected to start.

According to the latest from Sky Italia (via AC Milan France), Gianluigi Donnarumma will be in goal protected by a back four of Diogo Dalot, Simon Kjaer, Fikayo Tomori and Theo Hernandez from right to left. Davide Calabria and Alessio Romagnoli are injured, hence their exclusion.

Ismael Bennacer and Franck Kessie will be the midfield double pivot, and the centre-forward Zlatan Ibrahimovic will be supported by an attacking trident featuring Alexis Saelemaekers on the right wing, Ante Rebic on the left and Hakan Calhanoglu as the playmaker.

Parma have generally adjusted well since their return to the top flight having finished 11th last season, but their second season has been anything but straightforward. They have been in the bottom three since Round 16, have won just once in the league since November 31 and had a stretch of 9 defeats in 10 from December to February. 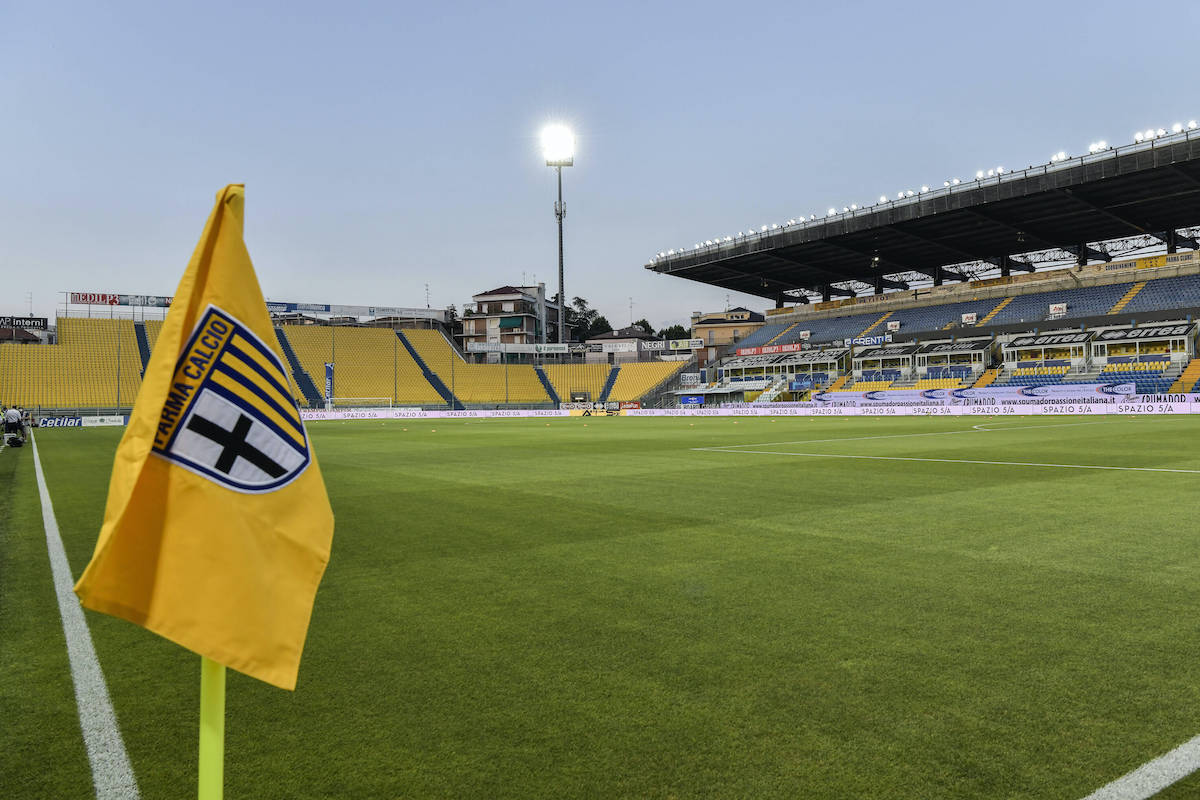 Roberto D’Aversa was brought back in early January but since his return they have won just once in 13 games, though that victory did come against Milan’s top four rivals Roma. Parma have also conceded twice the amount of goals they have scored (56 to 28).

D’Aversa has numerous injury problems which will not help his cause, with Juan Brunetta, Wylan Cyprien, Simone Iacoponi plus forward trio Roberto Inglese, Yann Karamoh and Bayern Munich loanee Joshua Zirkzee all expected to be out.

Andrea Conti is of course on loan from Milan and is predicted to start at right-back, with Gervinho and Dennis Man either side of Graziano Pelle in the Gialloblu’s 4-3-3. Juraj Kucka – another former Milan man – should be in the midfield.

Not only is their form this season a huge cause for concern, but Parma have not really had the better of recent clashes against Milan either, winning on just three of the last meetings. The last time the Rossoneri lost at the Tardini was back in 2013, in a 3-2 defeat, while since then two wins and a draw have followed including a 5-4 thriller in 2014.

Last season in this fixture Milan emerged 1-0 winners as Theo Hernandez pounced on a loose ball inside the area to fire home a late winner in what was a crucial three points early in the season. In the return game, the Diavolo recovered from a deficit to win 3-1. Earlier this season, Milan came from behind again, snatching a 2-2 draw thanks to a brace from Theo.

➤ Parma’s last win against Milan in Serie A was back in March 2014 (4-2) – since then, there’s been five Rossoneri wins and two draws.

➤ After the 2-2 draw in the reverse match, Milan and Parma could draw both matches in a single Serie A campaign for the first time since 2007-08.

➤ Milan have netted in each of their last seven away Serie A games against Parma: the last time the Rossoneri failed to score at the Tardini stadium in the top-flight was back in March 2010, under Leonardo.

➤ Parma have had the fewest wins in Serie A this season (three): only 6.4% of the sides with three or fewer wins after 29 Serie A matches in a season (3/47) avoided relegation at the end of the campaign.

➤ Milan have dropped the fewest points from winning positions in Serie A this season (two), while only Torino (25) have lost more than Parma (21) from leading situations.

➤ The next will be Jasmin Kurtic’s 50th appearance in all competitions with Parma, he has scored in both of his Serie A matches against Milan with Parma.

➤ Parma are the only side against which Theo Hernandez has scored more than one goal in Serie A: he has netted three goals for Milan against the Gialloblu (including a brace in the reverse match).

➤ Parma are one of three of Zlatan Ibrahimovic’s favourite targets in Serie A (10 goals, alongside Palermo and AS Roma): AC Milan’s striker scores on average a goal every 89 minutes against the Gialloblu, his best mins/goal against an opponent faced at least eight times in the competition.

For Milan, it seems as though Parma are very much an opponent that Theo Hernandez really likes playing against. He has three goals against them in two games, which have directly resulted in four points. 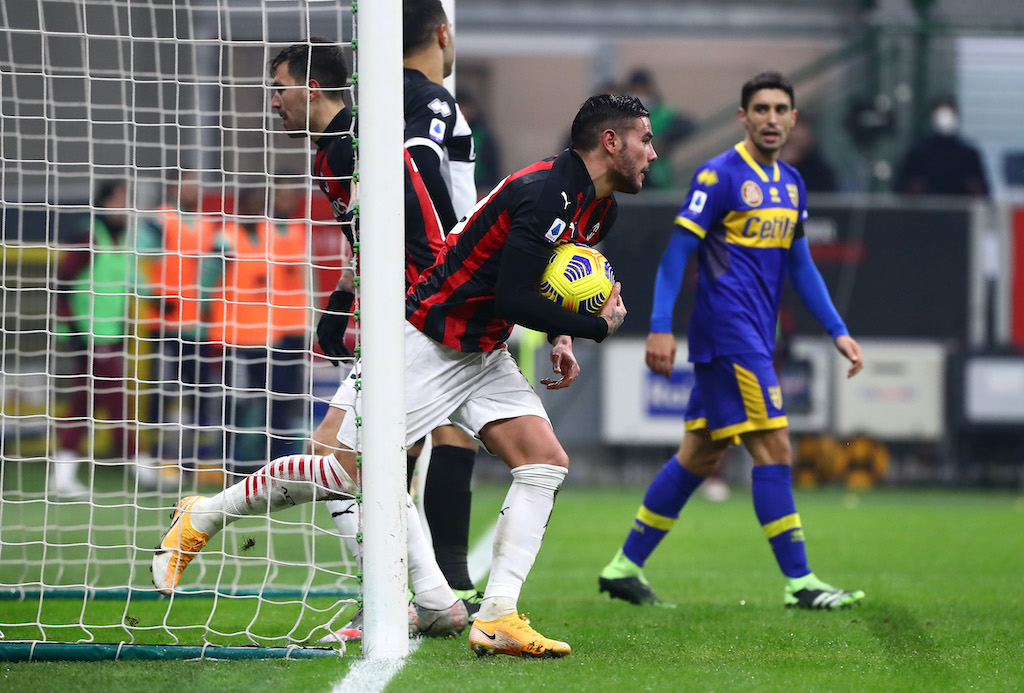 Moreover, Parma are one of three of Zlatan Ibrahimovic’s favourite victims in Serie A. He has 10 goals against them, and the Swede scores on average a goal every 89 minutes against the Gialloblu, his best mins/goal against an opponent faced at least eight times in the competition.

As mentioned above, Jasmin Kurtic is a player who likes playing against Milan and if Parma are to get a positive result midfield control will absolutely be key for the Crociati.

Kucka and Hernani are the two joint-top scorers in the league for Parma with 6 goals each and the former is their highest-rated player on WhoScored showing he can still make a difference in Serie A. Gervinho’s pace, especially on the counter, will be a big asset too.

Given Parma’s awful campaign so far and the fact that they struggling both to score goals and keep them out, there is simply no excuse for Milan not to win. The hosts are scrapping for their lives, but the Rossoneri have had a week of rest, will have three forwards back and need three points or the top four bid is at serious risk of imploding.