After two consecutive losses in Serie A, as well as two draws in the Europa League, Milan will be looking to bounce back with a win this Sunday. However, taking on fourth-placed Roma, it won’t be easy for them.

Stefano Pioli’s men have indeed struggled to hit top form in the last few weeks and they will need to change the trend quickly. The race for a top-four finish is very close and three points against the Giallorossi would be massive for them.

In his pre-match press conference, Stefano Pioli stated that they are eager to bounce back from what has been a tough period. He also made it clear that the criticism is positive, as they can only learn from it and improve.

There aren’t any major surprises as far as the team news goes, given that Ismael Bennacer and Mario Mandzukic are still injured and will miss out. Their goal is to be back for the game against Udinese, which will take place on Wednesday next week.

According to Gazzetta Dello Sport, Pioli will revert back to the XI he fielded in the derby against Inter, which might upset some fans given how that game ended. Alessio Romagnoli, in other words, will get another chance to redeem himself at the back. 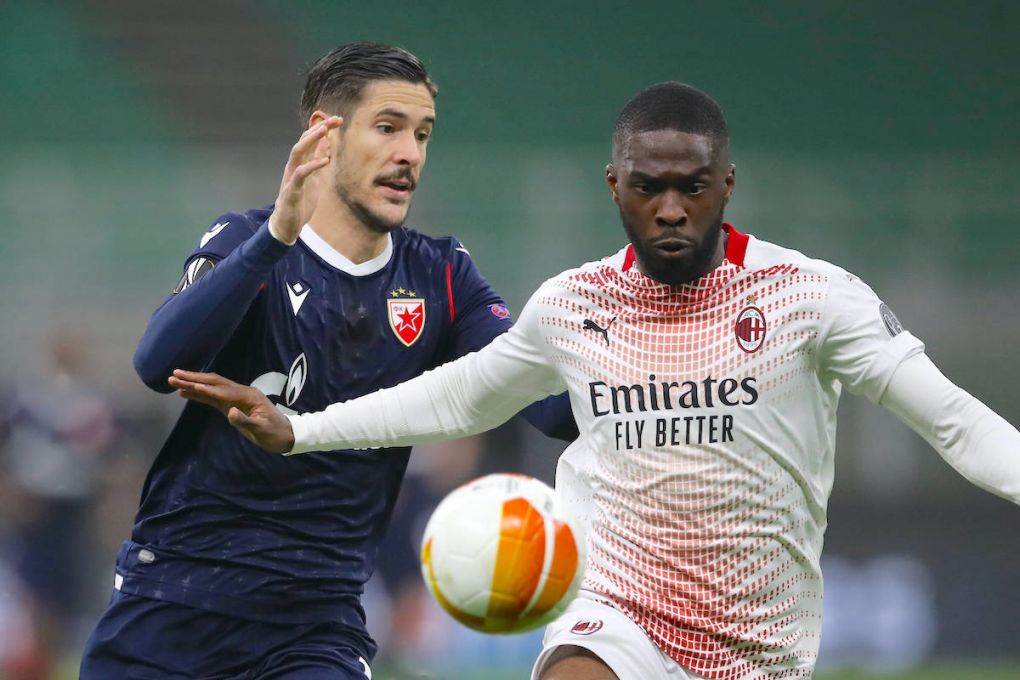 UPDATE: Pioli has decided to bench Romagnoli and Fikayo Tomori will start in his place, alongside Simon Kjaer.

The captain failed to close down his man against Red Star Belgrade and that resulted in a goal conceded, which is very frustrating since he made the same mistake vs. Inter. Pioli still feels he deserves to start, though, and we can only hope that he is right.

Sandro Tonali and Franck Kessie will once again link up in midfield and will have to be a bit better defensively based on the Inter game. The former looked decent and Milan fans are hoping that he can turn it up a gear in the near future.

Ante Rebic will keep his spot on the left-wing, as he’s currently ahead of Rafael Leao in the race. Alexis Saelemaekers and Zlatan Ibrahimovic will be back from start and the trequartista will be Hakan Calhanoglu, who did start mid-week.

Roma have surprised everyone this season, currently sitting in fourth place with 44 points. Their squad is certainly above average and they do have some very good players, but the season they have had so far still comes as a bit of a surprise.

Above all, they have been very successful at beating teams outside of the top six, which is always important if you want to fight at the top. On the other hand, they haven’t won against a top-six side yet and that is a bit worrying.

They lost against Lazio, Atalanta and drew against both Milan sides as well as Juventus. Only three points collected in those game, therefore, and Pioli’s men will be out for revenge after what ended in a frustrating 3-3 draw last time out. 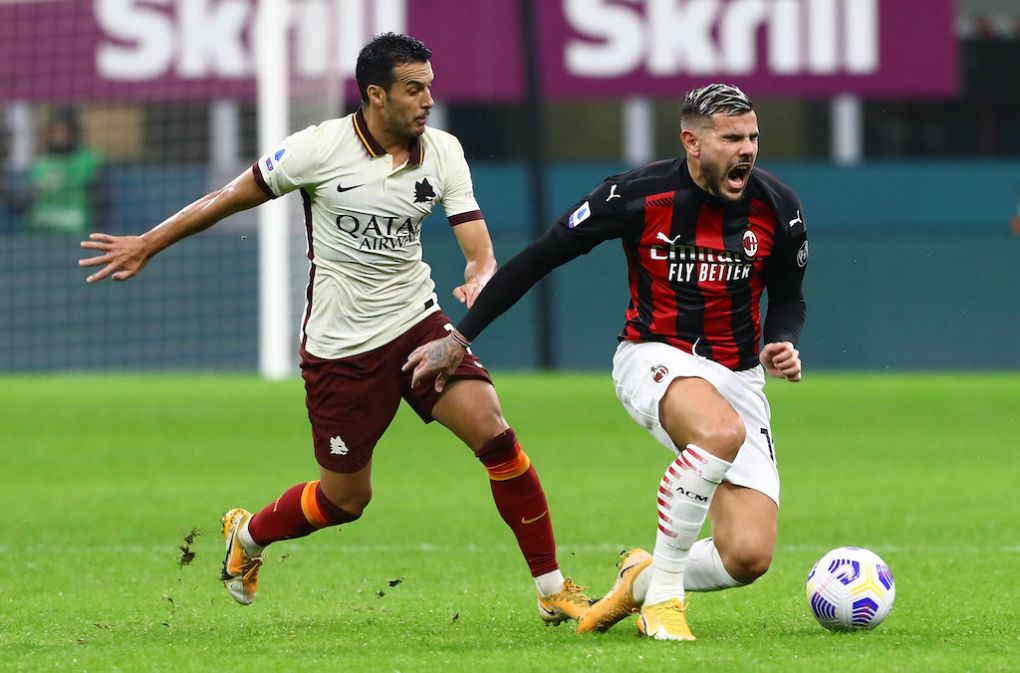 In addition to the top-six performances, Roma will be without several key players for the clash tomorrow, including their big star Edin Dzeko. In defence, Chris Smalling and Ibanez are injured and it’s possible that Marash Kumbulla will at least not be able to start.

It will be a makeshift backline, therefore, and there will be two familiar faces in the Giallorossi XI: Bryan Cristante and Stephan El Shaarway. Both, of course, used to play for the Rossoneri before moving to the capital of Italy.

Taking Milan’s recent form into account, and judging by the stats below, this will be a very interesting tie between two good sides. The race for a top-four finish is very tight and both of this sides will want to secure Champions League qualification.

In the reverse fixture, Milan took the lead three times and squandered it three times as well, earning just one point. The game was filled with strange decisions by referee Piero Giacomelli and it disrupted the game for both sides, but mainly the Rossoneri as they were unfavoured.

In other words, they will be out for revenge tomorrow evening and a win would be massive, not just for the standings but also confidence-wise. With Roma lacking some key players, this is the chance for Pioli’s men.

Having said that, Fonseca’s side have been very strong at home especially, currently on a 17-game unbeaten run in the league. Meanwhile, Milan could lose three consecutive games without scoring a goal for the first time since 1967.

➤ After the 3-3 draw in the reverse fixture, AC Milan and AS Roma could draw both Serie A games in a season for the first time since the 1999/2000 campaign.

➤ AS Roma won their last Serie A home meeting against AC Milan: the last manager to win two successive league matches at home against them was Fabio Capello in 2003.

➤ AC Milan could lose three Serie A matches in a row without scoring for the first time since April 1967.

➤ No side has scored more penalty goals than AC Milan (10) and AS Roma (six) in Serie A this season: AC Milan have scored four of their 10 penalty goals when the game was at a 0-0 scoreline, at least twice more than any other side in the competition.

➤ AS Roma’s Jordan Veretout has scored nine Serie A goals this season: he could become the first French midfielder to score 10+ goals in a single campaign in the Top-5 European Leagues since 2018/19 (Pogba, Thauvin and Oudin). 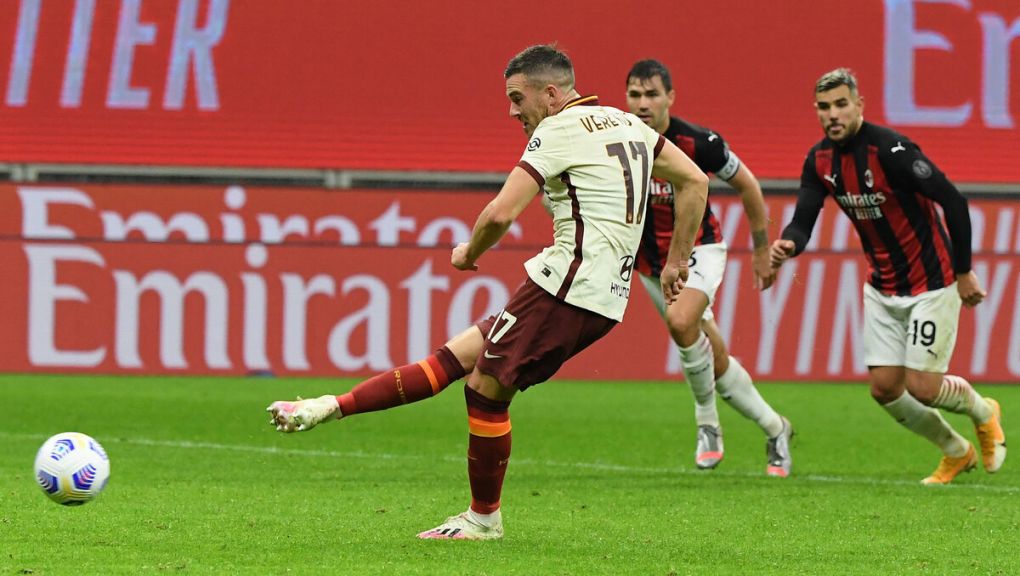 ➤ AS Roma’s striker Edin Dzeko has failed to score in his last six Serie A appearances, his longest run without a goal since January 2019 (nine in a row, his worst run in the competition).

➤ AC Milan’s Zlatan Ibrahimovic has failed to score in two successive Serie A appearances: since his return to the club in January 2020, only once has he gone goalless in three league games in a row (against Napoli, Parma and Bologna in July 2020).

Ibrahimovic has made the headlines recently as he will be present at the Sanremo Music Festival next week, inevitably missing some training sessions with the team. Therefore, he will probably keen to silence the critics with a good performance.

It will also be very important for Sandro Tonali to continue what has been a rather positive spell as of late. His role demands a lot and with a bit of luck, he can be one of the key players for the Rossoneri tomorrow evening. Certainly, the fans are waiting for him to show off his qualities even more. 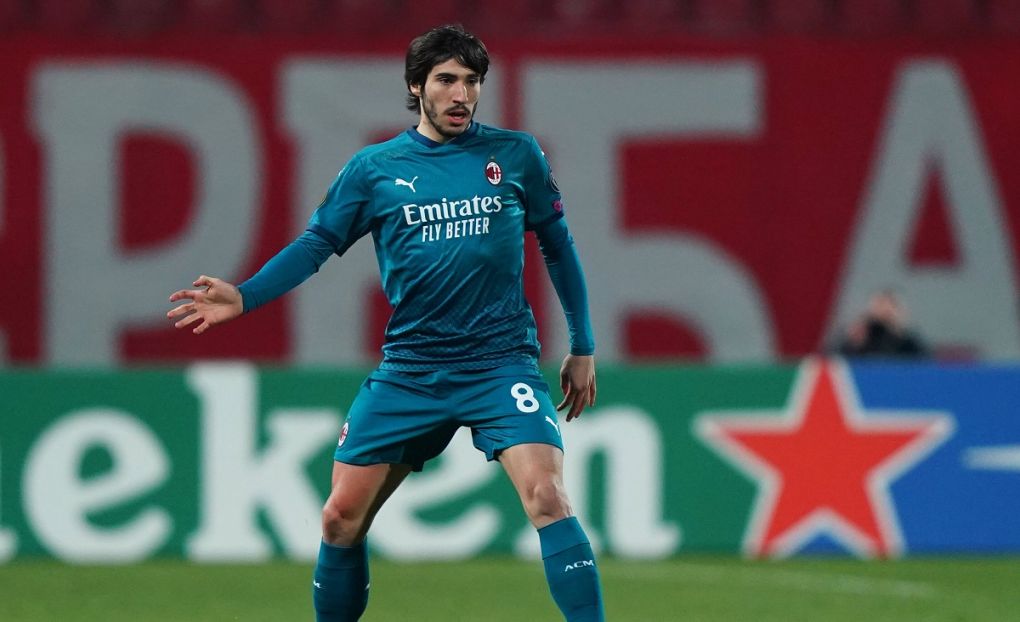 And as for Roma, although Dzeko will miss out on the action, they have a very good replacement in Borja Mayoral. The Spaniard has bagged six goals and assisted an additional four in 17 league games, certainly up to the task of replacing the Bosnian star.

In addition to the striker, it will be important for Milan to neutralise Jordan Veretout, who usually runs the play for the Giallorossi. He’s very hard to dispossess and the attacking trio will certainly have to help Tonali and Kessie out in this aspect.

As mentioned earlier, it’s not an easy game for Milan and they will have to be at their best to clinch all three points. Taking their recent performances into consideration, this is easier said than done and a reaction will be necessary to succeed.

For once, the injury situation is in favour of the Rossoneri and this could be a little boost for tomorrow. The Giallorossi want to leapfrog Juventus, but their struggles against top-six sides could be the determining factor tomorrow.