AC Milan will get their 2022-23 Serie A campaign back underway after the winter break with a trip to face Salernitana at the Stadio Arechi on Wednesday afternoon.

Given the long pause for the World Cup that took place in Qatar and for the festive period, that 2-1 victory against Fiorentina at San Siro in November feels like an eternity ago. Nonetheless, Stefano Pioli’s men must try pick up where they left off and put the disappointment of their three winter friendly losses behind them.

Pioli himself admitted in his pre-match press conference that it was strange to have the break, but believes his side have prepared well for their return to action against a side who are doing better than the same point last season.

Milan went off to Dubai for a mid-season training camp in warmer climates hoping to return to Italy with near enough a clean bill of health, and yet somehow they seemed to come back in worse shape than they left.

Mike Maignan was supposed to be back to full fitness but his calf has not yet healed and thus he is looking at spending a few more weeks out yet, although Davide Calabria did rejoin the defensive department while Alexis Saelemaekers is back as his partner on the right flank. Fode Ballo-Toure is out after dislocating his shoulder against PSV.

The attacking department is near enough decimated once again as Junior Messias is expected to miss the game, Divock Origi and Ante Rebic both have muscle problems while Zlatan Ibrahimovic continues his recovery from knee surgery.

According to the latest reports Ciprian Tatarusanu should get the nod to start in goal given Mike Maignan’s injury, with Davide Calabria, Pierre Kalulu, Fikayo Tomori and Theo Hernandez as the back four.

Sandro Tonali and Ismael Bennacer are expected to be the midfield double pivot with Brahim Diaz ahead of them as the central attacking midfielder over Charles De Ketelaere.

Alexis Saelemaekers should start as the right winger and Rafael Leao is tipped to be on the opposite flank, with Olivier Giroud down as the centre-forward even though he only returned to training a few days ago.

Avoiding relegation was a miracle of sorts for Salernitana last season as they spent almost all of it in the bottom three but a late resurgence saw them retain their place in the top flight by one point.

Not content with another season battling the drop, they had a busy summer window that saw the likes of Matteo Lovato, Federico Bonazzoli, Giulio Maggiore, Mamadou Coulibaly, Boulaye Dia and Krzysztof Piatek arrive.

They have also already made an addition in the winter market as Mexican goalkeeper Guillermo Ochoa arrived on a free transfer given his status as a free agent.

They currently find themselves in a respectable 12th place at the moment with four wins, five draws and six defeats as their record thus far, including impressive 4-0 and 3-1 victories over Sampdoria and Lazio respectvely.

During his pre-match presser, Davide Nicola – the Salernitana coach – confirmed that Gyomber is not ready and will not be called up. Sepe, Maggiore, Mazzocchi and Candreva are also out of tomorrow’s game, which should see them line up in a 3-5-2 system.

Milan have faced off against Salernitana six times in their history, and all of them are top flight league games ranging from 1948 to earlier this year.

The first official meeting took place in January of the 1947-48 season when the Rossoneri won 2-0, but the Granata would get revenge with a 4-3 victory in the return game.

That is to date their only win against Milan, who played Salernitana twice last season winning 2-0 at San Siro and drawing 2-2 away from home. The other two results were 2-1 and 3-2 wins for the Diavolo in 1998-99.

➤ Salernitana have won only one of six meetings against Milan in Serie A (D1, L4): 4-3 in June 1948, the only time they scored more than two goals against the Rossoneri in the competition.

➤ Milan have scored at least two goals in all six games against Salernitana in Serie A; the Granata are the team against which the Rossoneri have faced the most times (six) while scoring at least twice on each occasion in the competition.

➤ Salernitana are unbeaten in two of their last three previous home games against AC Milan in Serie A (W1 D1), with their only home defeat against the Rossoneri in the competition coming in
September 1998.

➤ Milan have won six of their last eight matches in Serie A, however their only two games they haven’t won are the last two away games (D1 L1); the last time the Rossoneri failed to win three away games in a row in the competition was in April 2019 (4).

➤ Salernitana have won three of their last six home games in Serie A (D2 L1), as many wins as they gained in their previous 20 home matches since they retuned to the top-flight.

➤ Milan have failed to win two of their last four matches against sides that started the round with at least 10 points fewer than the Rossoneri in Serie A (D1 L1), after winning each of their previous
eight games against such opponents.

➤ Salernitana have fired 73 of 167 shots from outside box (44%) in Serie A, a joint-record in the 2022/23 campaign – however Granata have scored only one goal from outside box so far
(Pasquale Mazzocchi against Spezia on 22 October).

➤ Milan have scored the most goals in open play in Serie A this season: 26, including each of their last 12 goals in the competition. 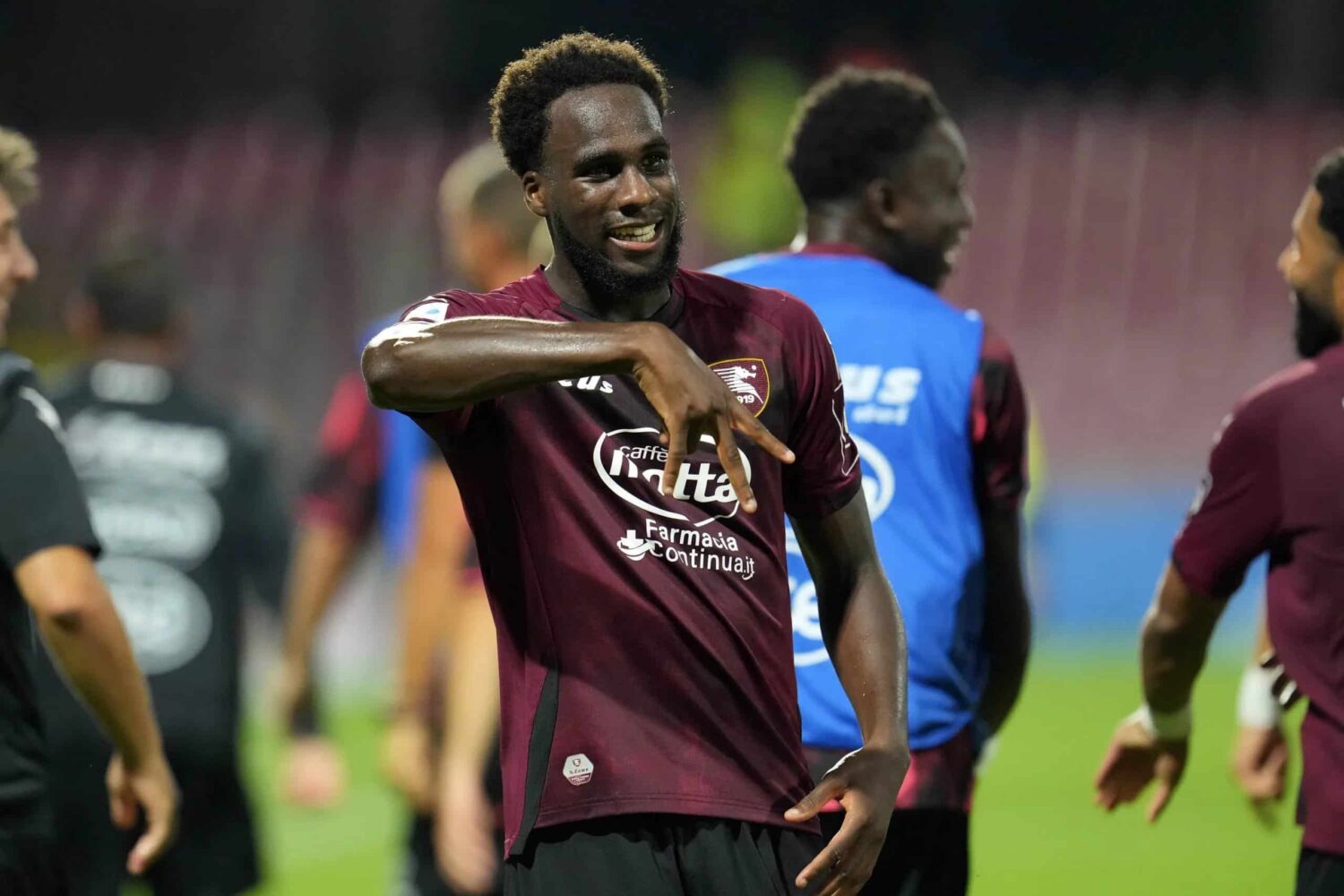 ➤ Boulaye Dia has scored the most goals in the last 15 minutes of games in Serie A this season (3), he is also one of the four players, along with with Beto, Luis Alberto and Hirving Lozano, with the most goals as a substitute in the competition (three).

➤ Rafael Leão has been involved in the most shot-ending ball carries in Serie A this season: 35 (25 shots and 10 chances created). He scored in his last appearance in the competition (13 November against Fiorentina) and could score in two games in a row in the top-flight for the first time since September 2021.

For the home side, there is no doubting that Boulaye Dia is the man of the moment. He leads Salernitana in scoring with six goals to his name this season and also netted at the World Cup for Senegal, so he will be the main test for the Rossoneri’s defence.

Piatek also deserves as he is one three goals and one assist since his arrival on loan from Hertha BSC, and he is of course an ex-Milan player having signed from Genoa in January 2019 before leaving for Germany, while at the other end Federico Fazio – formerly of Roma – is an experienced centre-back that knows the league well.

For Milan, a lot will depend on whether Rafael Leao and Olivier Giroud are able to get firing again after the break, with the pair having netted a combined six goals at the World Cup (four for the Frenchman, two for the Portuguese).

What is really important though is that Milan’s defensive record improves, and for that reason having the ‘first choice’ back four from the Scudetto winning season of Calabria, Kalulu, Tomori and Theo Hernandez will be crucial, as will having Saelemaekers back on the right to give balance.

There were some worrying signs that emerged from Milan’s friendly defeats against Arsenal, Liverpool and PSV, but competitive football is always a completely different situation and that is why we are hopeful of a win, though we do not expect a vintage game or performance given the long absence.