Following the wins against Celtic mid-week and Fiorentina at the weekend, Milan will be looking to add another three points to their tally on Sunday evening. Still in first place, they want it to stay that way.

Stefano Pioli, who has now recovered from COVID-19, is ready to lead his team for the second consecutive game. Although Daniele Bonera did a good job as temporary head coach, it’s nice to see the boss back on the sidelines.

In his pre-match press conference, the manager admitted that Sampdoria are a well-drilled team and that concentration is needed to win. He also praised the players for always having something to take with them from each game.

In addition to Zlatan Ibrahimovic and Rafael Leao, who both have missed a few games now, Pioli will also have to do without Simon Kjaer tomorrow. The Dane sustained an injury against Celtic and could miss the next couple of weeks, at least.

The latest report from Sky Italia suggests that it will be a 4-2-3-1 with Davide Calabria on the right, Matteo Gabbia and Alessio Romagnoli the centre-backs and Theo Hernandez on the left protecting Gigio Donnarumma. 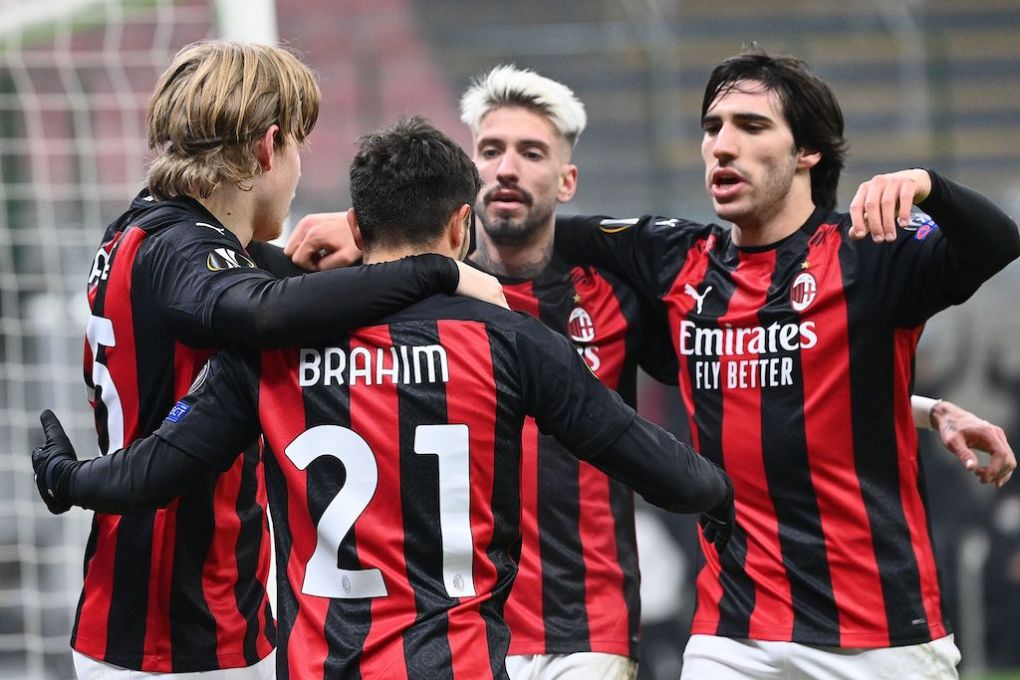 Sandro Tonali has started two of the last three games and is expected to start tomorrow as well. Franck Kessie will be his partner in the midfield tandem as Ismael Bennacer hasn’t fully recovered from his minor muscular injury.

In the forward department, Alexis Saelemaekers is back after getting some rest and will slot in at right-wing. Hakan Calhanoglu, who scored a free-kick vs. Celtic, will keep his spot as the playmaker behind Ante Rebic, while Brahim Diaz will be on the left.

A total of five changes compared to the line-up that played against Celtic, in other words, which is a sign of the Rossoneri’s depth despite the key injuries.

Sampdoria have had a very tough start to this season, registering just three wins and two draws in the first nine games. They haven’t won in the last four games (2D, 2L) and it’s essential for them to bounce back as soon as possible.

Claudio Ranieri was hired just over a year ago and was kept by the management for this season, having led the Blucerchiati to a 15th place finish last term. Certainly not good enough for a club like Sampdoria, but he was given another chance.

As mentioned, it hasn’t started well this season and that is despite the fact that their star striker, Fabio Quagliarella, has been very prolific. Five goals in nine games and only one from the spot, which is very impressive at his age (37).

Looking at the probable XI, it’s clear that Sampdoria do have an interesting squad that really should be performing better. Overall, though, it hasn’t clicked thus far and it’s unlikely that they will be much better tomorrow.

Antonio Candreva, the former Inter man, will be looking to get on target as he did so often during a period in the derby clashes. But these are different times, with Milan performing better than ever.

Over the years, this fixture has been a pretty open affair, with the wins shifting between the teams. Most recently, though, Milan have prevailed with three wins (1D, 1L) in the last five games, albeit only one win in the last three.

There’s no doubt, however, that the Rossoneri are favourites to win tomorrow’s clash. Twelve points currently separate the two sides in the standings and Sampdoria will be desperate (perhaps too desperate) to turn things around.

When these two sides met at the start of this year, we got to see perhaps the worst game of the Serie A season, with the game ending 0-0. In the summer, on the other hand, Milan asserted themselves by scoring four goals at Luigi Ferraris.

Zlatan Ibrahimovic bagged a brace while Hakan Calhanoglu and Rafael Leao also got on the scoresheet. Two of them, of course, will miss tomorrow’s game and this means the Turk will have to step up again.

➤ Sampdoria have lost 64 Serie A matches against AC Milan, only against Inter (69) have they suffered more defeats in the top flight.

➤ After winning all of their three games played in October, Sampdoria collected two points in four league matches in November 2020.

➤ Sampdoria have scored in each of their last 12 Serie A home matches: the last time Blucerchiati enjoyed a longer such streak was in September 2010 (13).

➤ In case of a goal, AC Milan will set their new record of scoring in consecutive Serie A games (30); in fact, the Rossoneri equalled the previous such streak established between 1972 and 1973 (29) in the last matchday against Fiorentina.

➤ AC Milan have won their last six away league games; the Rossoneri have only managed a longer such streak twice before in their history in Serie A: in 1993 under Fabio Capello (nine) and in 1964 under Nils Liedholm (seven).

➤ AC Milan (+12 goals) and Sampdoria (+9) are the two sides with the highest positive difference in goals scored compared to last season after the opening nine Serie A games.

➤ Since the restart of the leagues last May, AC Milan are one of the two sides (alongside Manchester City) with five players to have scored at least five goals in the top five European leagues: Ibrahimovic (17), Kessié, Calhanoglu, Leão (all at six) and Rebic (five).

➤ AC Milan are the side Sampdoria’s Fabio Quagliarella has faced the most times in home Serie A games (14) without ever finding the net.

➤ AC Milan are unbeaten in their 17 Serie A games where Franck Kessié has found the net (W15 D2) – the Ivorian midfielder has scored 19 league goals with the Rossoneri so far.

For Milan, it will be very interesting to see if Rebic can bounce back from his recent performances and break the goalscoring deadlock. In many ways, he has been important in recent games, but the Rossoneri also need him scoring.

His runs in behind the defence could be key tomorrow to unlock the Sampdoria defence, as they most likely will sit back a lot. It will be a good opportunity for Sandro Tonali to pick out the Croatian, just as he did beautifully against Lille.

In addition to Rebic, the already mentioned Tonali will have a point to prove, and that is that he’s indeed on the right track. His last few performances have been positive and now it will soon be time to make the big leap in quality and consistency. 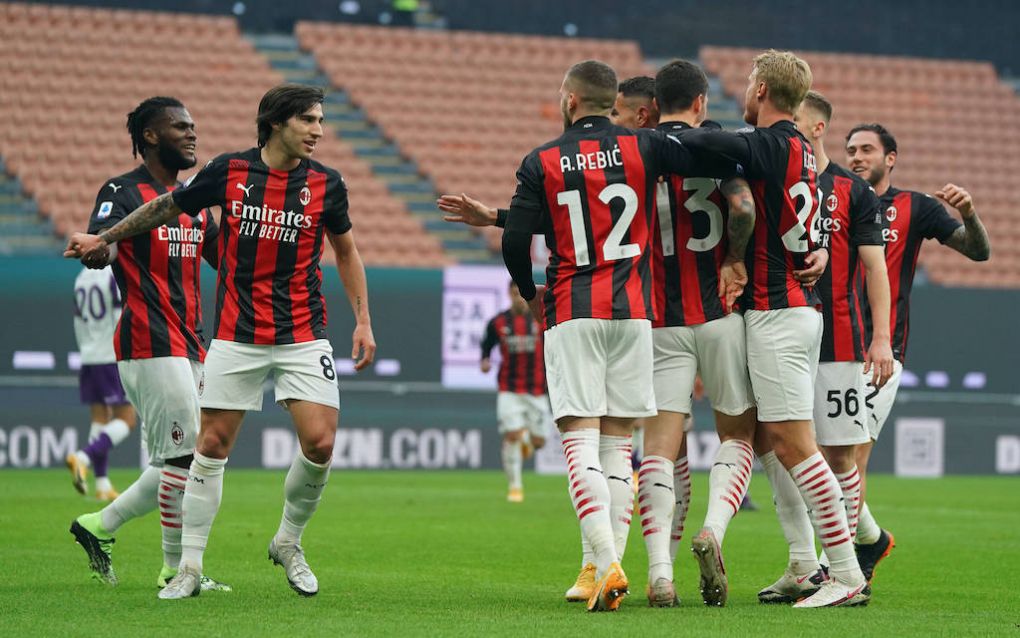 As for Sampdoria, Milan should be extra careful with Fabio Quagliarella. Unbelievably, he hasn’t scored against the Rossoneri in home league games despite facing them 14 times. His goalscoring ability, however, cannot be ignored.

The Rossoneri certainly don’t want to give him too much space with his lethal right foot, considering how much damage it can do. They should also keep an extra eye on Jakub Jankto, who’s a very energetic player on the left flank.

Milan are obviously the favourites to claim the three points, but there are no easy game this season. The two early goals conceded against Hellas Verona and Celtic, due to lapses of concentration, proved this and concentration is needed from the start.

Yet again, it’s all about starting the game in the right way and taking it from there. Milan have shown that they can do well even without Ibrahimovic and it will be important to claim the three points tomorrow.