Following the draws against Parma and Genoa, Milan will be looking to regain confidence tomorrow afternoon, taking on an in-form Sassuolo away from home. With Inter just one point behind now, they are under a bit of pressure.

After starting the season in the best way possible, Stefano Pioli’s have struggled a bit as of late, much due to all of the injuries. The mentality, however, has not been lacking with the Rossoneri coming back from behind twice to preserve their unbeaten run.

In his pre-match press conference, the manager made it clear that Sassuolo won’t be an easy clash but that Milan must believe in their qualities. Despite the injuries, they have a very good squad capable enough to win.

After it looked like he would be available for this game, Zlatan Ibrahimovic picked up a new injury at Milanello yesterday. The Swede will be out for at least a month and Milan certainly aren’t happy with their injury situation.

In addition to the Swede, the likes of Simon Kjaer, Matteo Gabbia, Ismael Bennaer and Ante Rebic (foot injury). Five important players that could have made a huge difference for the Rossoneri, but there’s no point in moaning about it.

The latest indications suggest that it will be a 4-2-3-1 with Davide Calabria on the right, Pierre Kalulu and Alessio Romagnoli as the centre-backs and Theo Hernandez on the left, protecting Gigio Donnarumma.

Sandro Tonali has stepped up lately amid Bennacer’s injury and will be looking to build on his progress tomorrow. As usual, Franck Kessie will be next to him but the Ivorian will have to be careful, just one yellow card away from suspension (same for Theo). 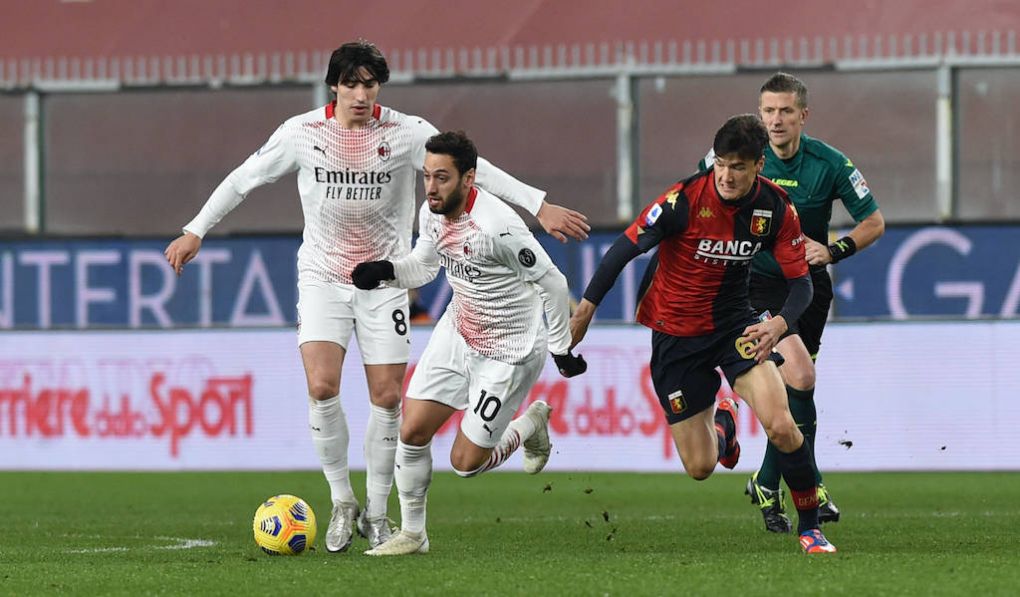 In the forward department, there will be some changes compared to the Genoa clash. Alexis Saelemaekers is back on the right flank after doing well off the bench, while Hakan Calhanoglu will keep his spot as the playmaker in the middle.

As Rebic wasn’t included in the squad due to a foot injury, Rafael Leao will most likely replace him in the centre-forward role. Hopefully, the Portuguese will regain his confidence by getting on the scoresheet tomorrow.

Jens Petter Hauge and Brahim Diaz, meanwhile, will have to battle it out for the spot on the left flank. The feeling is that the Spaniard is slightly ahead, but there haven’t been any confirmations on this in Italian media yet.

After what was an average 2019/20 term, Sassuolo have started this season much better with six wins and five draws in 12 games. Just one loss, in other words, as manager Roberto De Zerbi has improved what he often has been criticised for: the defending.

The manager’s team sure isn’t filled with stars but he has important and experienced players such as Jeremy Boga, Domenico Berardi, Ciccio Caputo and Manuel Locatelli at his disposal. Enough to cause an upset, in other words, and build a decent team.

The Neroverdi are very fond of attacking football but as mentioned, they have managed to get the defensive phase right this season as well. And with Milan struggling to score, they could be in trouble on Sunday afternoon.

That being said, the Rossoneri have actually scored more goals than them this season (27 vs. 22), so this change of trend doesn’t have to mean anything. What’s certain is that it will be a very interesting game for both sides. 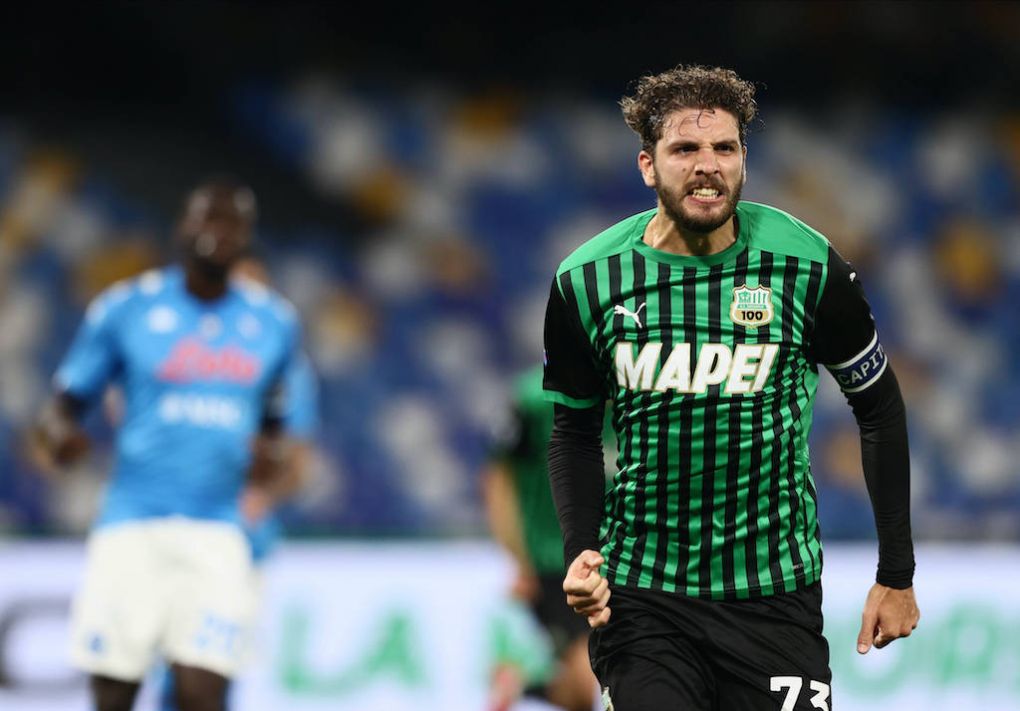 Locatelli, who moved to Sassuolo from Milan two years ago, was booked last time out and will thus miss the game due to yellow card accumulation. A shame for him and his teammates, seeing as he had started the season in a great way.

When Sassuolo first entered the Serie A stage, they were what you could call a ‘bogey team’ for Milan under many years. However, this trend has certainly changed in recent years as the Rossoneri have won six of the last eight.

That being said, the Neroverdi are far from an easy opponent for Pioli’s men, especially now with all the injuries and the home side’s form. Only five points separate the sides and this gives the game all the more meaning.

When these two sides met in the summer, Zlatan Ibrahimovic was the hero with a brace and Hakan Calhanoglu bagged himself a brace of assists. Caputo got on the scoresheet for Sassuolo, but the game finished 1-2.

The Rossoneri had several chances to score a third but Andrea Consigli made a few fantastic saves in goal. Take a look at the highlights from the game below and enjoy the Ibrahimovic-Calhanoglu partnership.

➤ Sassuolo have won only three of their last 14 Serie A home matches against Lombard teams (L11); the most recent home win for the Neroverdi against such opponents was back in March (3-0 vs Brescia), while the last home win against the Rossoneri was in March 2016 (2-0).

➤ Sassuolo have picked up only two points in their last nine league matches against teams starting top of the Serie A table at the beginning of the matchday. However, those were in their last two meetings (2-2 against Juventus in December 2019 and 3-3 always against the Bianconeri in July).

➤ Among the teams currently in the top seven in the Serie A table, Sassuolo have won the fewest home games, just two (D2, L1).

➤ Milan have drawn their last two league games. The last time they went on a longer such streak was in January (three).

➤ Each of AC Milan’s last nine goals in Serie A have been netted by midfielders (four) or defenders (five) – the last AC Milan’s striker to have found the net is Zlatan Ibrahimovic v Napoli on November 22.

➤ Sassuolo are, with Parma, one of only two teams to have failed to score in Serie A home games since November (excluding penalties).

➤ Manuel Locatelli (born in 1998) – suspended for this match – is the youngest midfielder to have reach at least 100 Serie A appearances since 2015/16 to today. The first 48 of his 122 games in the top flight came with AC Milan, before moving on to Sassuolo.

➤ AC Milan are Domenico Berardi’s favourite opponent in Serie A. He has scored eight goals against the Rossoneri (more than any other current player) in his 12 appearances. However, none of these goals have come in his seven last matches against Milan in the competition.

➤ Milan are the team with the most goalscorers (five) born from 1/1/1999 in Serie A this season: Pierre Kalulu, Jens Petter Hauge, Brahim Díaz, Rafael Leão and Alexis Saelemaekers.

For Milan, as we have said so many times recently, it’s time for the attackers to show that they are capable to score even without Ibrahimovic. This time Leao will play up front and after a few disappointing games, he will need to get on target.

His last goal dates back to 29th of October, when he played in the centre-forward role against Sparta Praha. He also scored a brace against Spezia when he played up front, so it’s all about regaining confidence with what would be a relieving goal. 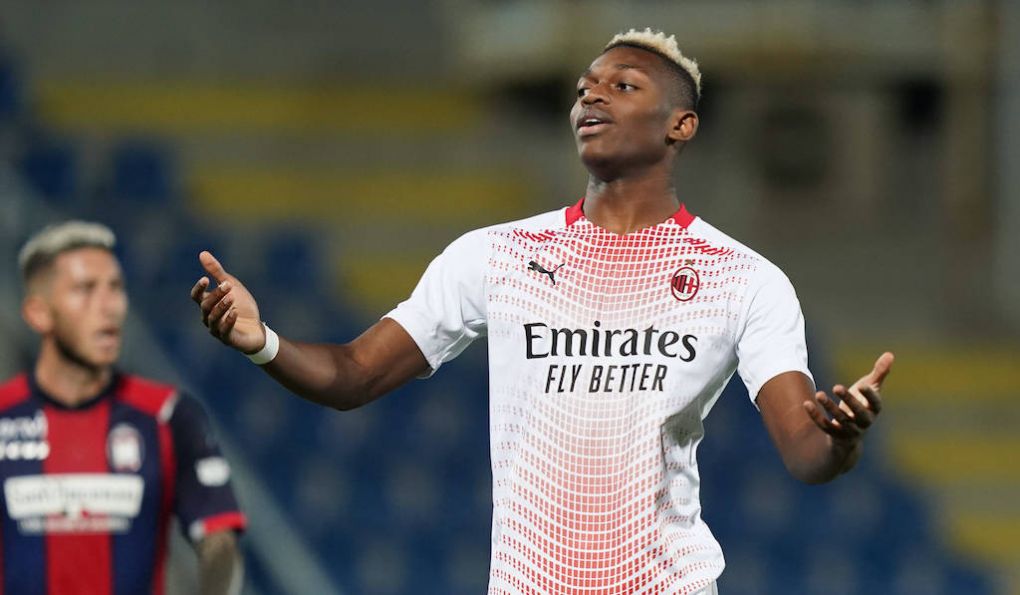 In addition to the Portuguese, it will be another important test for Tonali who has improved lately. Playing in Bennacer’s role, though, it would be nice to see him drive forward even more as we know he can do that well.

As for Sassuolo, Milan should be extra careful with Ciccio Caputo. The 33-year-old has bagged five goals and three assists this season and will be looking to increase his tally. As he isn’t that tall, he relies on his shooting ability.

Therefore, the Rossoneri certainly don’t want to give him too much space in front of goal, as it could put Donnarumma in big trouble. Obviously, it’s necessary to stop Domenico Berardi and Jeremy Boga on the flanks as well.

With all of the key players fit, Milan would have been favourites for this game but now it’s very hard to tell. The Rossoneri’s probable XI is still good enough to beat the Neroverdi, who have struggled at home, but their form isn’t the best.

In the last two games, they have conceded way too much and preserving the clean sheet will be a key for Milan tomorrow. Then again, there will be a lot of pressure on Leao and Rebic to perform in the attacking phase.